Tennessee is now seeing 'widespread' flu activity, according to the CDC's latest numbers from Nov. 23. 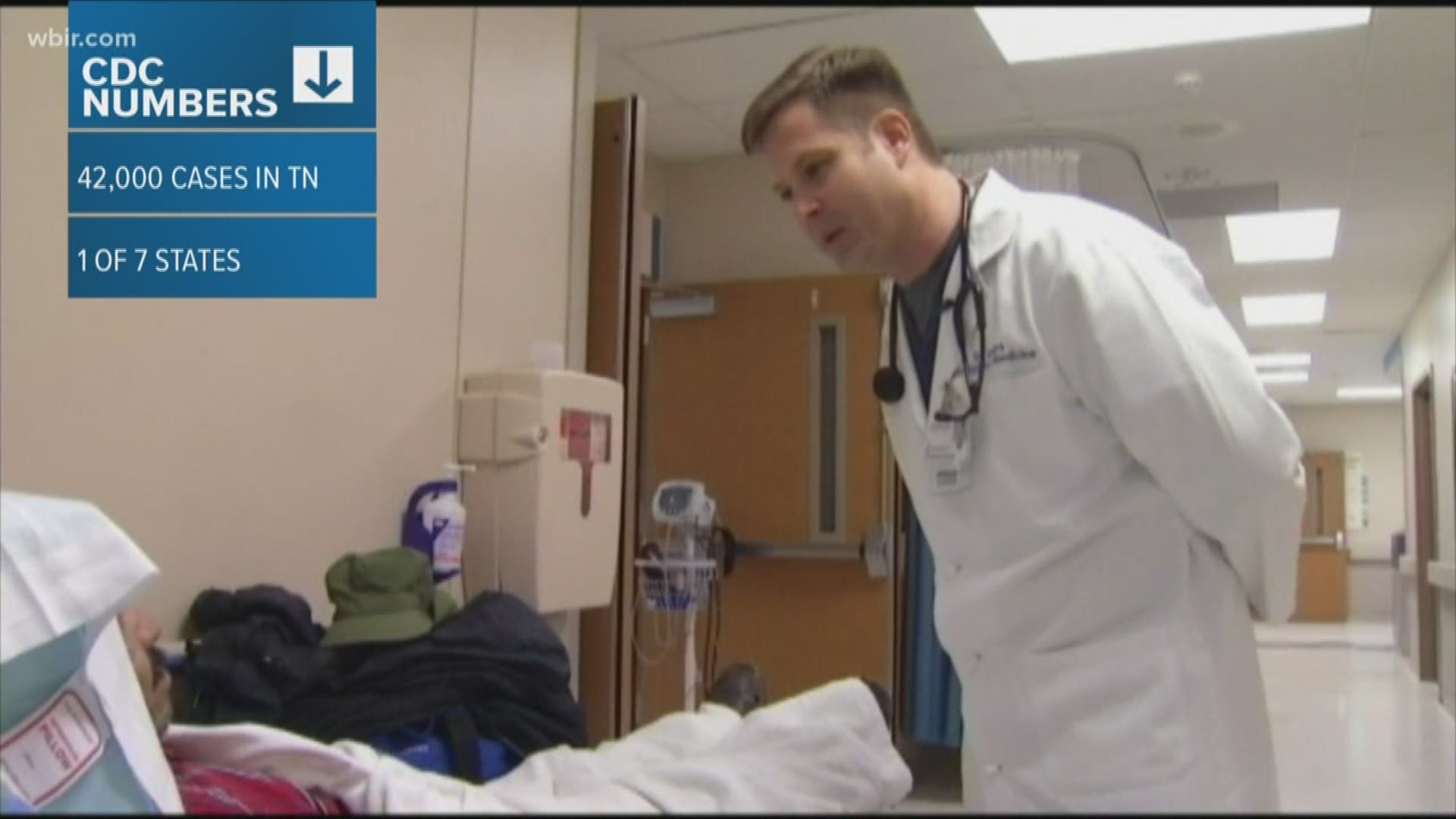 Flu activity is on the rise in Tennessee, according to the CDC's latest numbers.

Tennessee is now seeing 'widespread' flu activity, according to the CDC's latest numbers from Nov. 23. More than 42,000 patients have reported flu-like illnesses in the state, with roughly 4% testing positive for the influenza virus. Tennessee is also one of seven states reporting high flu activity -- including Alabama, Georgia, Louisiana, Mississippi, South Carolina and Texas.

However, according to the Tennessee Department of Health, the flu is currently not as prevalent in most areas of East Tennessee as it is in the rest of the state.

Knoxville, the East Tennessee region, Upper and Mid-Cumberland, and Tri-Cities regions all had lower rates compared to areas like Shelby and Hamilton County as of Nov. 23.

Across the entire U.S., five flu-associated pediatric deaths have been reported this flu season. A total of 573 lab-confirmed flu hospitalizations were reported between Oct. 1 and Nov. 23.

Along with getting vaccinated for the flu, the Department of Health said it's important to help prevent the spread of flu and other viruses by practicing good health habits:

RELATED: Should you get a flu shot? Don't believe these common myths about the vaccine

RELATED: Doctors warn sick people not to kiss babies due to RSV on the rise