KCHD reports some air pollution levels have fallen by half. 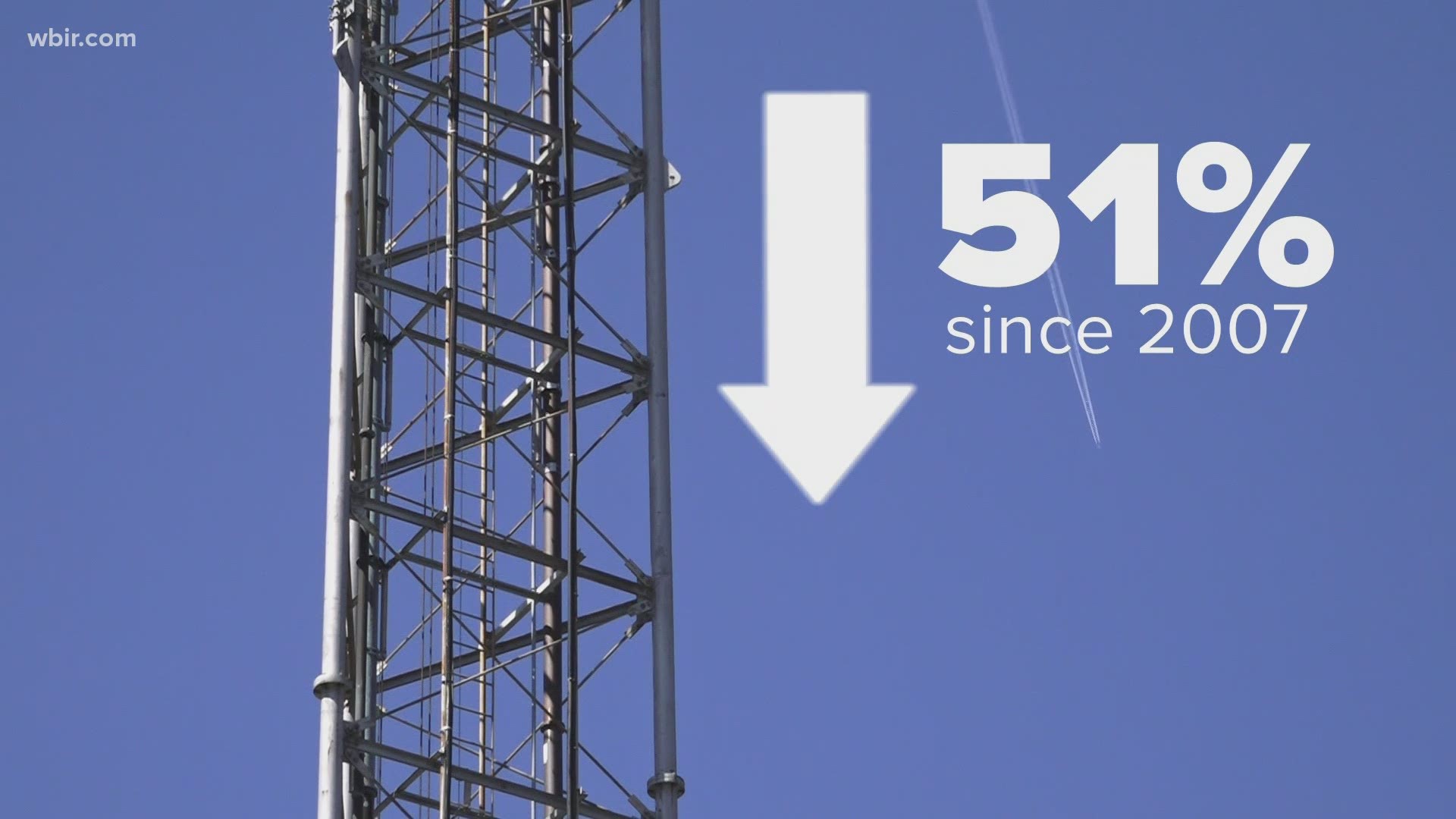 Air pollution in Knox County has improved significantly in the past decade, reaching its healthiest level since measurement began in 1999, the county health department reported.

In its community health assessment, the Knox County Health Department said the level of particulate matter, tiny pollution particles in the air, fell 51% from 2007 to 2018.

"Very small particles are dangerous because they can get into the deepest parts of a person’s lungs or even into their blood. Particle pollution has been linked to eye, lung and throat irritation; trouble breathing; and lung cancer," the department's report said.

It also said ozone levels remained below national standards for nearly a decade.

"Ozone has been linked to coughing and pain when taking a deep breath, lung and throat irritation, wheezing, and trouble breathing during exercise or outdoor activities," the report said.

"When there’s pollution in the air, it aggravates the inflammation, clogs up the lungs, makes them fill up with mucus. It makes the asthma worse," said the Allergy, Asthma and Sinus Center's Dr. Bob Overholt.

"The more pollution [kids] are exposed to, the more particulate matter in the air, the more chances they are having lung problems," he said.

"As long as we pay attention to air quality index and improve that, then we’ll improve people’s health," Overholt said.

He said he expected pollution to only continue to improve, especially as more electric cars hit the roads.