Parents brought up concerns from a Duke University study showing toxic coal ash on the playground. Commissioners are still deciding the playground's future. 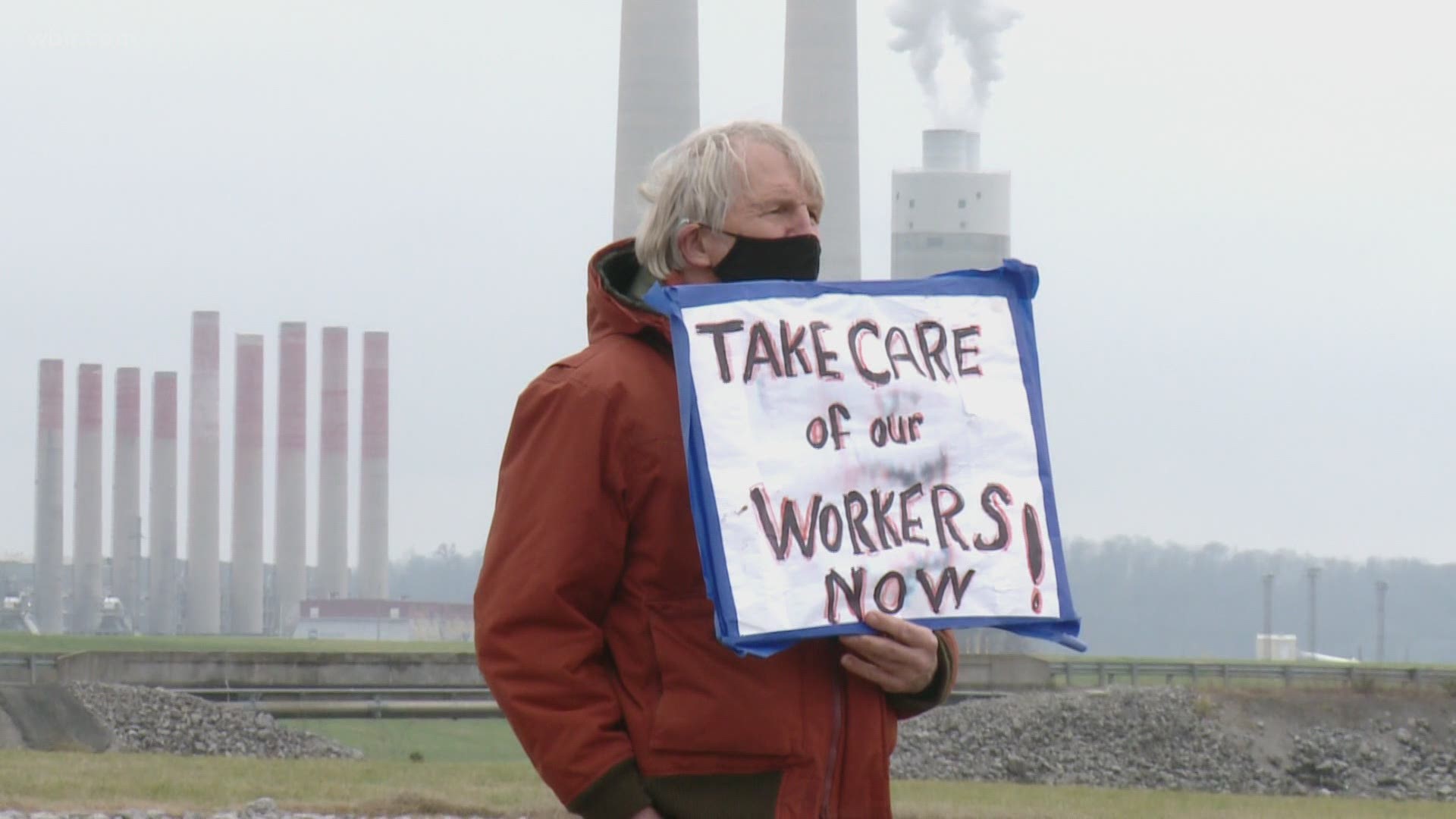 ANDERSON COUNTY, Tenn. — Anderson County commissioners decided Monday night not to close the Kid's Palace Playground at the Claxton Community Park after several parents and members of the community voiced concerns that allowing kids to play there would expose them to toxic coal ash in the soil built up over many decades from the neighboring Bull Run plant.

County officials met to discuss the future of the local playground. Some believe the playground is unsafe for children following a Duke University study that found coal ash contamination from the Tennessee Valley Authority's Bull Run Fossil Plant, which is located right next to the park.

Duke's Nicholas School of the Environment announced in July it had developed a suite of new tests that can be used to detect coal ash contamination in soil with "unprecedented sensitivity."

While the plant follows EPA measures for coal combustible residuals and has traps that are supposed to capture them so they can safely store it, researchers said some of the ash still escapes and can travel downwind through the air around the immediate area. Over time, the ash can accumulate in the soil. Duke researchers said the ash has been linked to lung and heart disease, cancer, nervous system disorders and other health issues.

The tests looked for microscopic particles that contain high concentrations of arsenic, selenium and other toxic elements that are enriched by the combustion process.

To check the reliability of the tests, Duke researchers chose to sample the soil downwind of Bull Run and other coal-fired plants.

The tests showed soil samples generally contained significantly higher levels of coal ash -- and that the highest concentration was in the soil at the Claxton Community Park where the playground is. Duke said the concentrations of toxic elements "did not exceed human health guidelines for metals occurrence in soil," but are still cause for concern in the long-term.

“Low concentrations of toxic metals in soil does not equal to no risk,” said Avner Vengosh, professor of environmental quality at Duke’s Nicholas School of the Environment. “We need to understand how the presence of fly ash in soils near coal plants could affect the health of people who live there. Even if coal plants in the United States are shutting down or replaced by natural gas, the environmental legacy of coal ash in these areas will remain for decades to come.”

The Anderson County Commission talked Monday in an Operations Committee meeting about parents' concerns, but voted to keep the playground open for the time being.

Anderson County Mayor Terry Frank said further testing of the site would ultimately be a gesture to the community, because from a "legal standpoint" she said there hasn't been any scientific evidence showing the playground is unsafe.

Jason Williams, who helped clean up the Kingston coal ash disaster in 2008, said based off what he’s seen the playground should be closed now.

“It may not be as contaminated as everybody thinks, but that big pile of coal ash right there that blows over there... it blows over in that park,” he said.

An adjacent youth ball field remains in use for sports but is kept locked otherwise to discourage outsiders from going on the field, Commissioner Tracy Wandell said.

The county could seek testing by the state Department of Environment and Conservation.

The coal ash disaster of December 2008 is far from forgotten in East Tennessee. While in the past most of the concern about lingering pollution focused on the air and water, the ash has slowly collected in the soil, leading several people to get in front of commission to voice their opinion about closing the playground.

Jeanie Clark said she has seen what coal ash can do firsthand. She said she recently lost her husband because of medical complications caused by coal ash.

“We came because our husbands were Kingston coal ash first responders. We’ve seen what coal ash can do,” she said. “They at least should have a disclaimer that bottom ash is what the children are playing on.”

The commission said it plans to revisit what to do about the playground Monday after further analysis of the soil.