10Listens: How do Tennessee and Kentucky compare in their response to COVID-19?

We've received a handful of questions about how the two states are handling the coronavirus. Here's what we know. 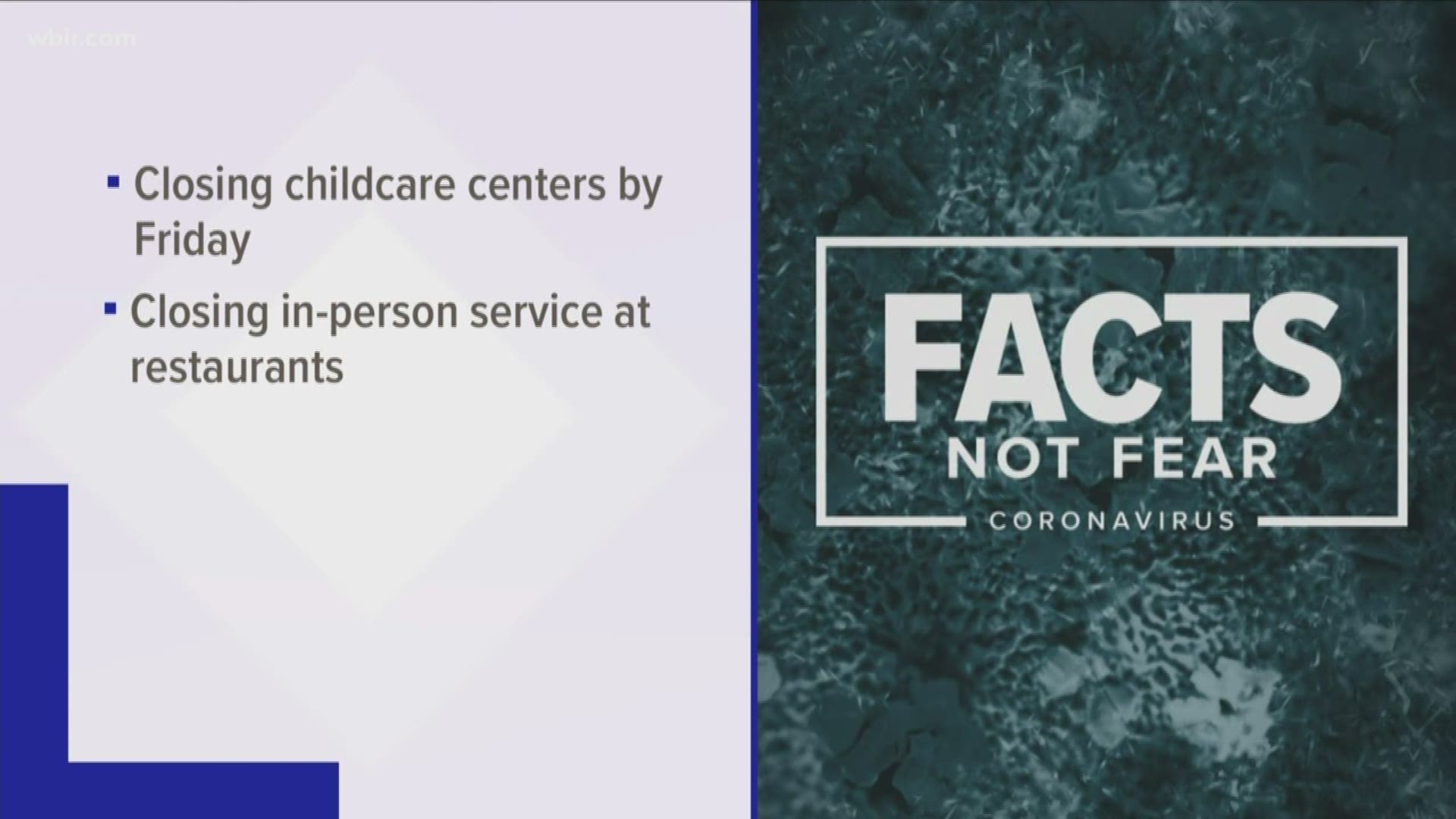 KNOXVILLE, Tenn — On March 5, the Tennessee Department of Health confirmed the state's first case of the novel coronavirus.

Just one day later, on March 6, Kentucky health leaders announced they had a case too.

As of Sunday, Kentucky Gov. Andy Beshear said public and private laboratories had run more than 2,000 tests. Of those, 103 of them were positive for COVID-19.

“It’s probably going to get tougher before it gets easier, but we are resilient people,” Gov. Beshear said. "We can and we will do this together."

In Tennessee, TDH confirmed Sunday that there were 505 confirmed cases of COVID-19 in the state. While it is unclear how many tests have been run in commercial and private laboratories, the state public health laboratory has run about 900.

"We face an unprecedented public health crisis that is risking the lives of Tennesseeans," Gov. Bill Lee said. "This is a very serious crisis that we all have a responsibility to address."

Experts caution that testing likely doesn't offer an accurate count of coronavirus cases in the United States because of the lack of availability.

10News reviewed both states' response to the novel coronavirus.

On the same day Kentucky confirmed its first case of COVID-19, Gov. Beshear declared a state of emergency.

Gov. Bill Lee declared a state of emergency a week later, on March 12.

"We know this is serious. We also know this is especially serious for neighbors who are elderly. This is why we should all take this seriously even if you are not in the vulnerable population," Gov. Lee said.

"This is a big and necessary step and announcing it gives our superintendents, teachers and parents the time to prepare," he said.

On March 16, Gov. Bill Lee "urged every school district in Tennessee to close as soon as practically possible, with all schools expected to close by Friday, March 20, 2020 at the latest."

On March 13, Gov. Lee had left the decision to individual school districts, asking them to "consider the prevalence of confirmed cases of COVID-19 in their area."

As of Sunday, neither governor has told their constituents to shelter in place order, though Davidson County in Tennessee has issued a "safer at home" order.

Kentucky Gov. Andy Beshear announced Sunday that all nonessential retailers must close by Monday, March 24. He also mandated that all medical providers cancel elective procedures. On March 16, he restricted food and beverage sales to take-out, delivery and drive-through orders only.

Tennessee Governor Bill Lee signed Executive Order 17 on March 22, which restricted all food and beverage sales to take-out, delivery and drive-through orders only. It also closed all bars and gym/exercise facilities to the public.

In addition, it prohibits all gatherings of 10 or more people, which is in line with CDC recommendations.

RELATED: 'We need to do more' | Physicians say shelter-in-place order would save lives