Tennessee Dept. of Health: More than 221,000 people vaccinated against COVID-19

Hospitals and health departments are administering shots from Moderna and Pfizer. 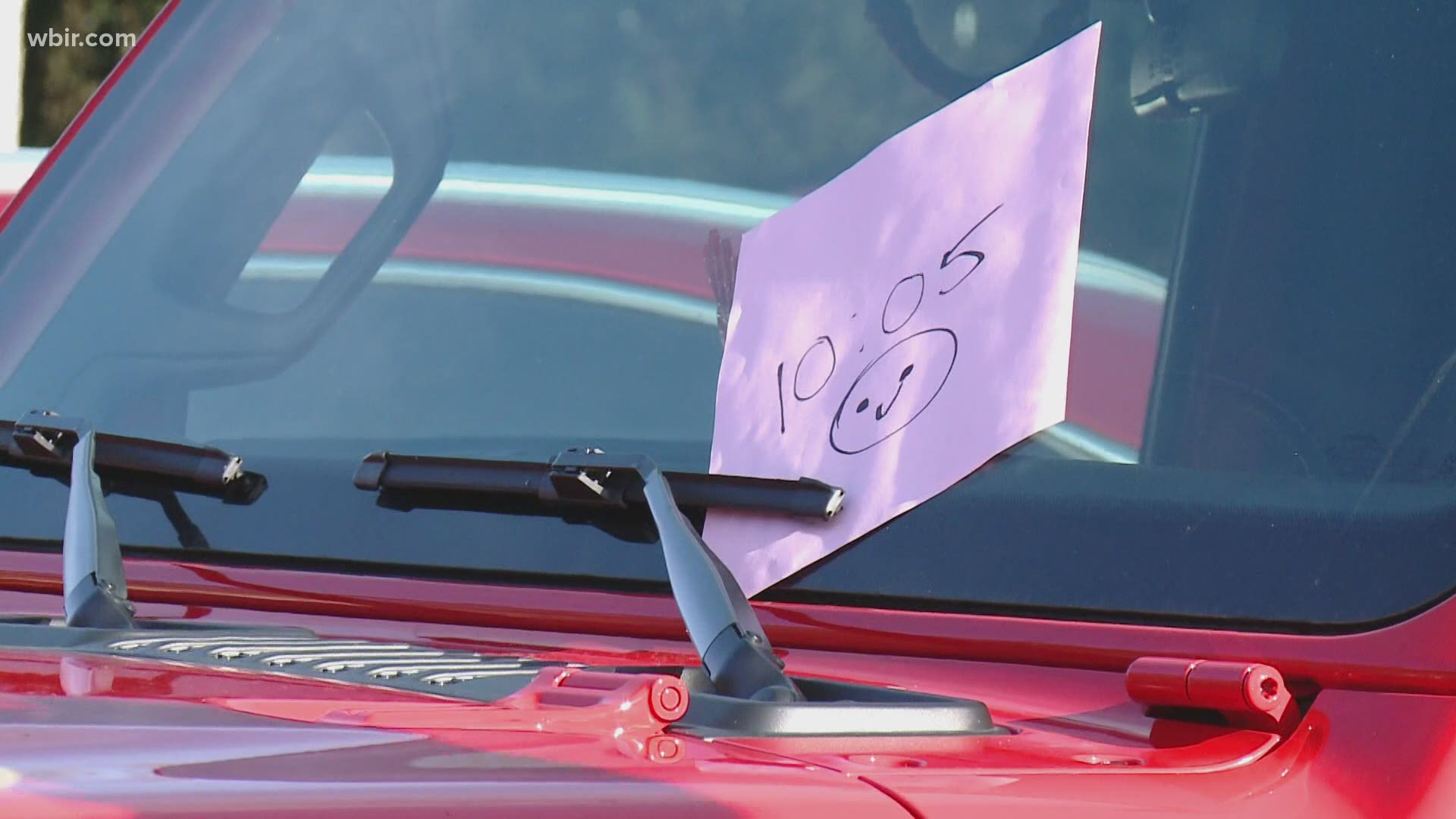 KNOXVILLE, Tennessee — The vaccine works by giving people's bodies the recipe to make the protein on the outside of the coronavirus. When the body's immune system then sees that protein, it will make antibodies to protect against it. Later, if it sees the real virus, it will remember the protein and destroy the virus before making that person sick.

UPDATE (Jan 12, 2021) The Tennessee Department of Health said that more than 221,000 people in the state have been vaccinated.

Walgreens plans to complete COVID-19 vaccinations at all of their nursing home facilities by January 25.

Tennessee assisted care living facilities and homes for the aged will also begin vaccinating their staff members and residents on January 13 through the federal partnership with Walgreens and CVS.

“We are pleased with the overwhelming interest Tennesseans are showing in receiving COVID-19 vaccinations, and are working as quickly as possible to provide vaccinations as we receive additional shipments of vaccines,” said Tennessee Health Commissioner Lisa Piercey, MD, MBA, FAAP. “Some Tennesseans are now receiving their second doses of vaccine as well, so they will be well protected against COVID-19.”

The vaccine supply is still limited, and the availability differs by county. Tennessee is currently working to vaccinate Phase 1a populations and individuals aged 75 and up as vaccine supplies are available.

Pharmacies are supposed to receive doses this week to begin vaccinating residents and staff members at long-term care facilities. This may limit the supply of vaccines for qualified people in the general public.

UPDATE (Jan. 2, 2021): The Tennessee Department of Health reported that 126,887 people received a vaccination for COVID-19 in the state. They said that 2,821 of those vaccinations were reported within the last day. In the last week, they reported an additional 73,624 vaccinations.

This means about 1 in 54 Tennesseans have been vaccinated, but it is much slower than the state had hoped for. About 1 in 45 Knox Countians have gotten the vaccine – which is slightly better than the state average.

UPDATE (Dec. 26): The Tennessee Department of Health reported that 53,258 people received a vaccination for COVID-19 in the state. They said that 5,264 of those vaccinations were reported within the last day.

More than 32,000 Tennesseans have now gotten a COVID-19 vaccine, and there are plans among at least some agencies in the state to continue giving it Christmas Eve and the day after Christmas, the state health commissioner said Wednesday.

Health departments began getting the Moderna vaccine this week and giving it to first-responders and frontline health care workers. Hospitals have already been working the past week or so to administer the Pfizer version of the shot to health workers.

Dr. Lisa Piercey, who leads the state's health department, told reporters Wednesday that people in specialized fields have now received the vaccine in all 95 counties.

She expects figures released tomorrow will show a big uptick as the vaccine continues to go out in an effort to curtail the spread and threat of COVID-19.

The focus right now is to give it to health care workers as they treat the sick. On Monday, pharmacies will begin administering shots at long-term care facilities across the state, an effort to protect the elderly.

It likely will be several months before the general public can get a vaccine under the state's planned rollout.

As for efforts Thursday and Saturday, Piercey said there was not a "one size fits all" approach to how vaccines would be given out.

"This is a very difficult thing to ask employees to come in over this holiday and to do this, but we are all 100 percent convinced it is the right thing to do," she said.

Deaths and hospitalizations from COVID-19 continue to mount in Tennessee, considered one of the worst states for the virus outbreak right now. Piercey said the state right now is at a "critical stage."

"Dozens" of hospitals in the state cannot accept transfer patients for care because they're overwhelmed with virus patients.

Piercey also said it's critical for Tennesseans right now to refrain from large gatherings and to do basic things like wearing a mask and practice social distancing. Only by changing their behavior right now will Tennesseans be able to stop the ongoing surge, she said.

The state continues to tinker with its vaccination plan, Piercey said. While the focus right now is on frontline responders, health care workers and the elderly, it will tweak the plan for further vaccination recipients in the coming days and weeks.