1 in 8 workers have filed for unemployment since March 16, according to data from the Tennessee Department of Labor. 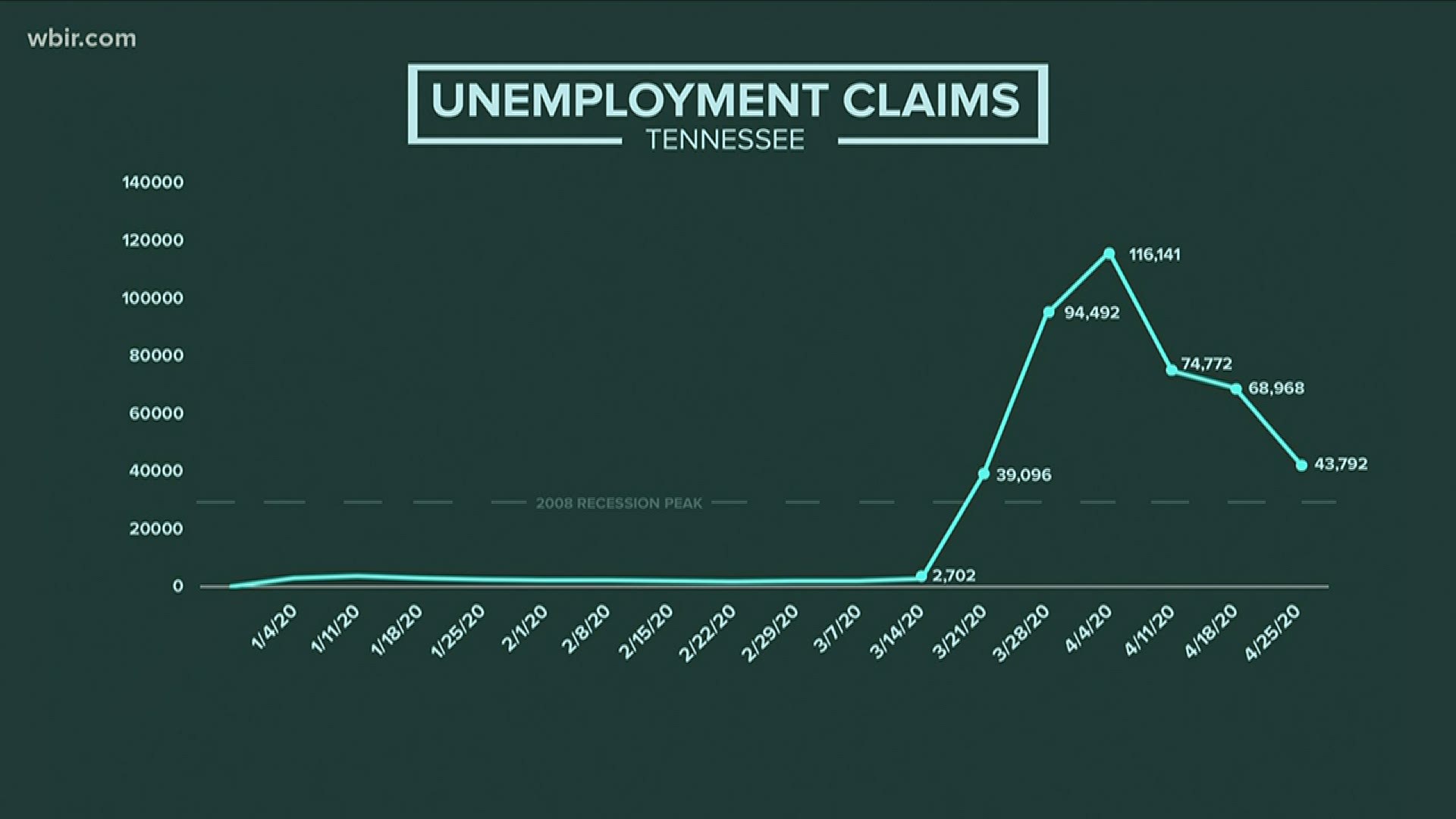 KNOXVILLE, Tenn. — In mid-March, Tiffany Smith's husband was laid off because of the coronavirus pandemic. He filed for unemployment benefits to help his family get by.

Since then, Smith and her husband have called and emailed everyone they could think of: the governor, their representatives and the state unemployment office.

"We can't even get help to see if we've correctly filled everything out," Smith told 10News. "We have bills, a son to feed and $6 in our bank."

Across the state, more than 1,400 Tennesseans have joined a Facebook group to share their "unemployment nightmares." At 10News, we hear from families struggling to get help daily.

"We have increased our call staff by 14 times, but calls are increasing to the department some 50 times," said Chris Cannon,  Assistant Administrator of the TN Dept. of Labor and Workforce Development. "It's just a simple matter of numbers."

Since March 16, nearly 440,000 Tennesseans have filed for unemployment. According to data from the Tennessee Department of Labor, that's about 1 in 8 eligible workers.

Marcus Malone is the general manager of a small restaurant in Columbia, Tenn. He said he applied for assistance on March 22, but hadn't received any money as of April 30.

"It's frustrating for us at this point because we have received nothing," Malone told 10News. "We've got to have some help down here."

The biggest frustration for him is not being able to get in contact with anyone about his status. Other families are experiencing similar difficulties.

Chelsea and Trevor Goodin moved to Tennessee a year ago. Trevor said he started a new job a little over six months ago, but was laid off when the coronavirus pandemic began.

He was deemed monetarily ineligible. For now, he's been relying on his stimulus check and assistance from the brewery he worked at.

But May bills are just around the corner.

"We are trying to call, email or find any info out," Chelsea Goodin said. "We are left in the dark and running out of food and money for bills."

Under the CARES Act, those traditionally ineligible for unemployment are supposed to be covered. But the state system wasn't designed to handle those types of claims, meaning the waiting process could be a bit longer.

"I'd really like to know if there's any way I could possibly get some assistance with unemployment," Trevor Goodin said. "I just can't get ahold of them."

Elizabeth Neal is a self-employed single mother of two. She too applied for help in March, but her claim was denied.

"Now I have another month of no income," Neal told 10News. "It's just everything in your life turned upside down and there's absolutely nothing you can do."

She hasn't received a stimulus check yet, so making ends meet has been difficult.

"It's not being able to survive the way you were before the COVID-19," Neal said. "It's a defeating and horrible feeling." 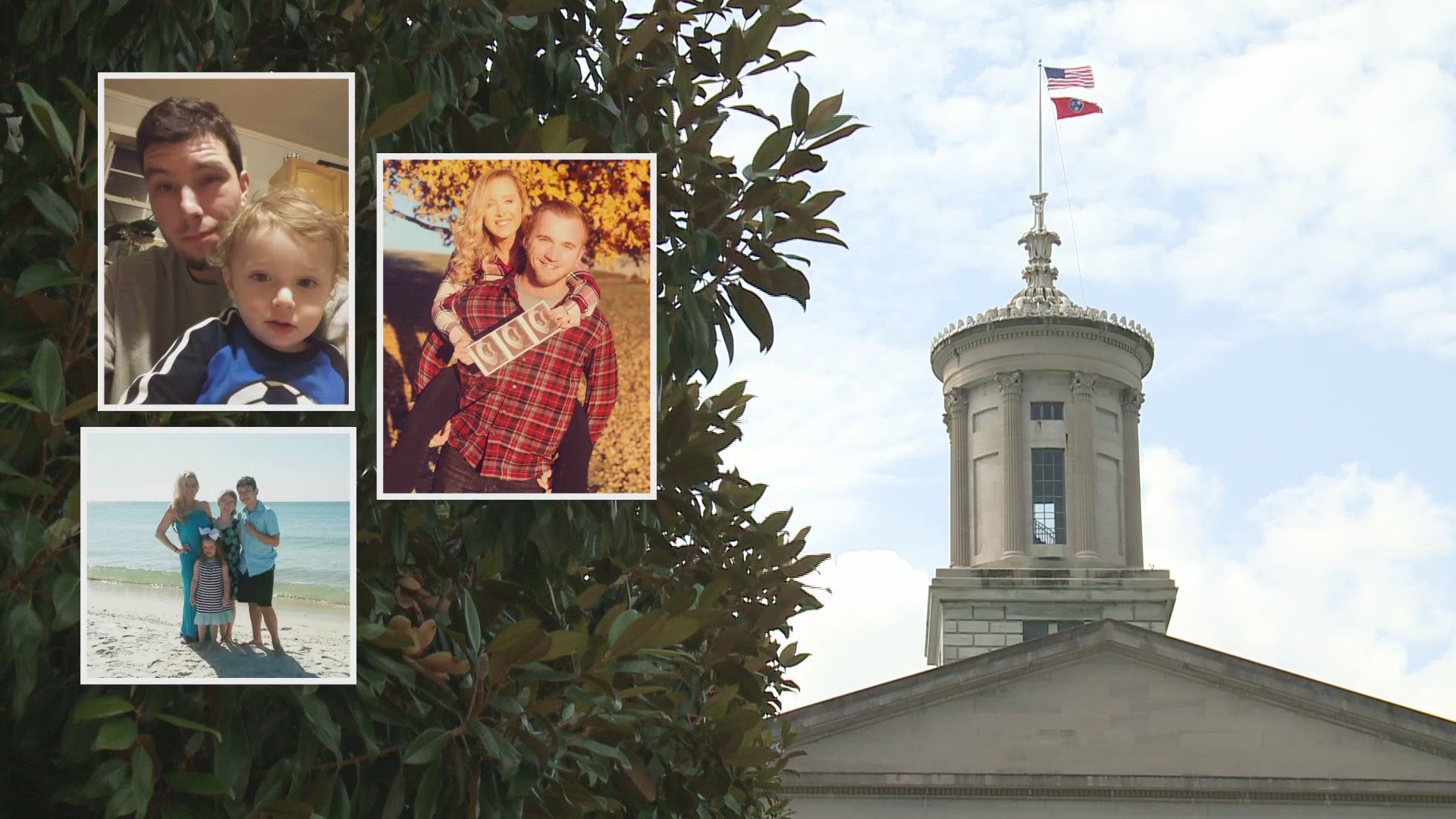 The Tennessee Department of Labor said each claim processes at different speeds. If there are no issues with a claim and it does not require staff assistance, "tens of thousands" of claims have been approved in 7 to 10 days.

However, even during typical times, the Department of Labor said there are claims that will take weeks to process to determine eligibility.

If you have questions about your unemployment status, you can enter your information into the claim tracker to see where it currently stands in the approval process.

You can also try calling, or emailing lwd.support@tn.gov.

"We know people need help and we're trying to help as many people as possible," Cannon said. "We know it's frustrating... it's just best to keep trying."