With less traffic and other big noise interferences, birds were able to sing their songs quieter. With nothing in the way, the sound traveled further than ever. 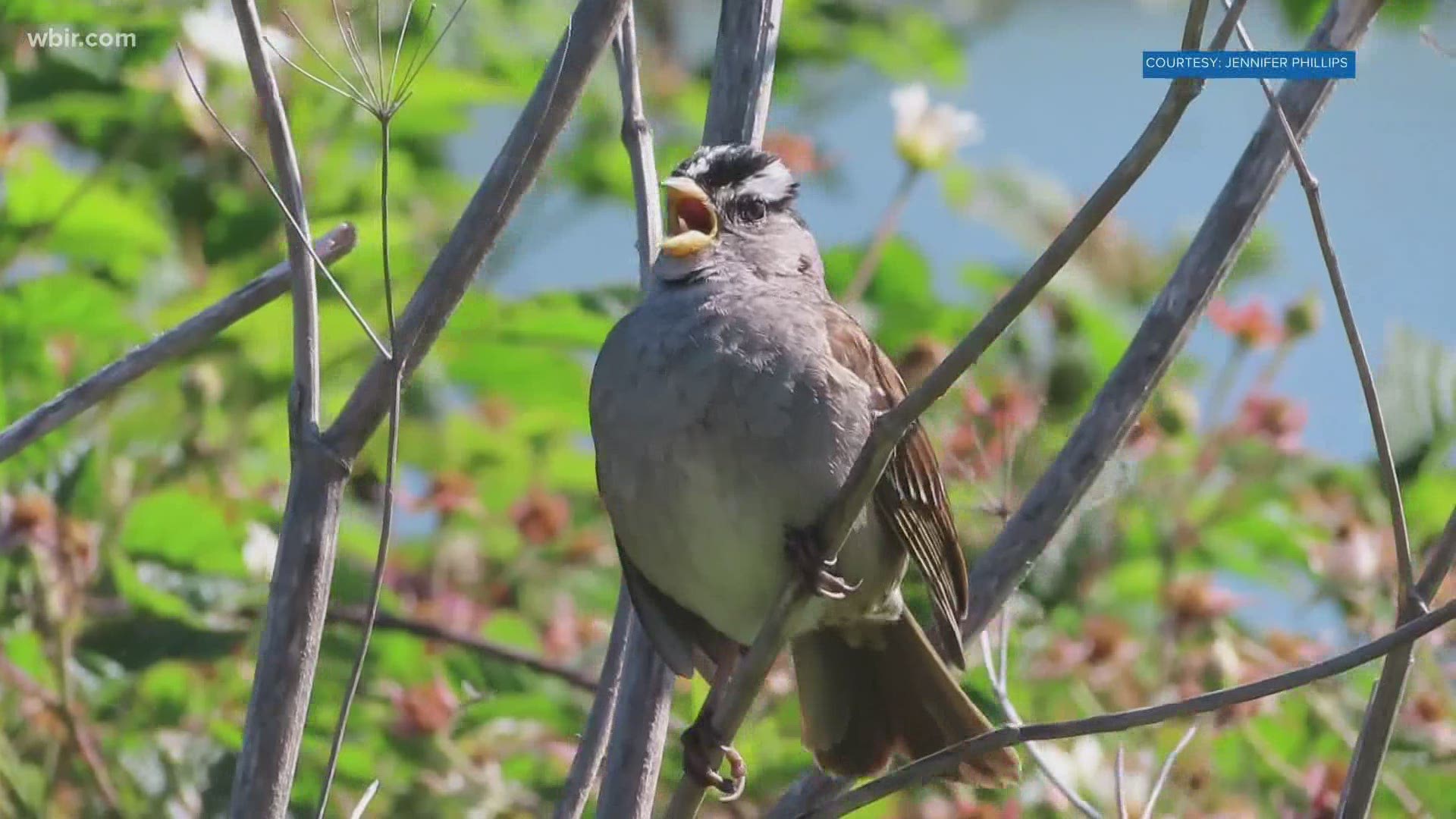 When businesses started closing because of the pandemic this spring, many joked that nature was reclaiming the land. It turns out that's kind of right.

When people started staying inside over the spring, birds flew the coop.

"It's sort of the first data showing that animals responded to changes in human behavior," said Dr. Elizabeth Derryberry, Associate Professor of Ecology and Evolutionary Biology at UT Knoxville.

She's been studying birdsong for more than 20 years, but this year was different.

"It was so much quieter that you could hear them at a greater distance," she said.

Derryberry and her team listened to recordings they had of white-crowned sparrows. The birds live along the West Coast, and those in the study live in San Francisco.

In recordings from 2016, they can be heard chirping. However, they're oftentimes overpowered by the sound of nearby traffic.

In the recordings from spring 2020, the birds are singing louder, and are heard much more clearly with less background noise during the shutdown.

"Traffic is sort of a constant presence, this low hum, and it's a lot of energy at low frequencies which are specifically overlapping or masking the songs," said Derryberry.

She compared the noise pollution to a party. There, people talk louder so they can hear each other over the noise. At the end of the party when the noise is gone, they're able to talk at a quieter level but are also easier to hear.

"It wasn't that they were louder, you could just hear more of them," said Derryberry.

With this ability to carry their song further, Derryberry said the birds would be more vocal in claiming their territory, and possibly more successful in attracting mates.

She said birds are like people — they're speaking the same language with different accents. Birds from Texas, Boston and East Tennessee are going to tweet a little differently.

"They learn their song like we learn languages, and so it's a really nice model for understanding how people learn how to speak and communicate," said Derryberry.

She said this study shows nature can handle almost any change that comes its way.

"Animals are resilient, right? If you reduce noise pollution, they can respond really quickly and that feels good," said Derryberry.

This study isn't over yet. She'll be traveling back out west in the spring of 2021 to see if this change in birdsong means more baby birds next year.