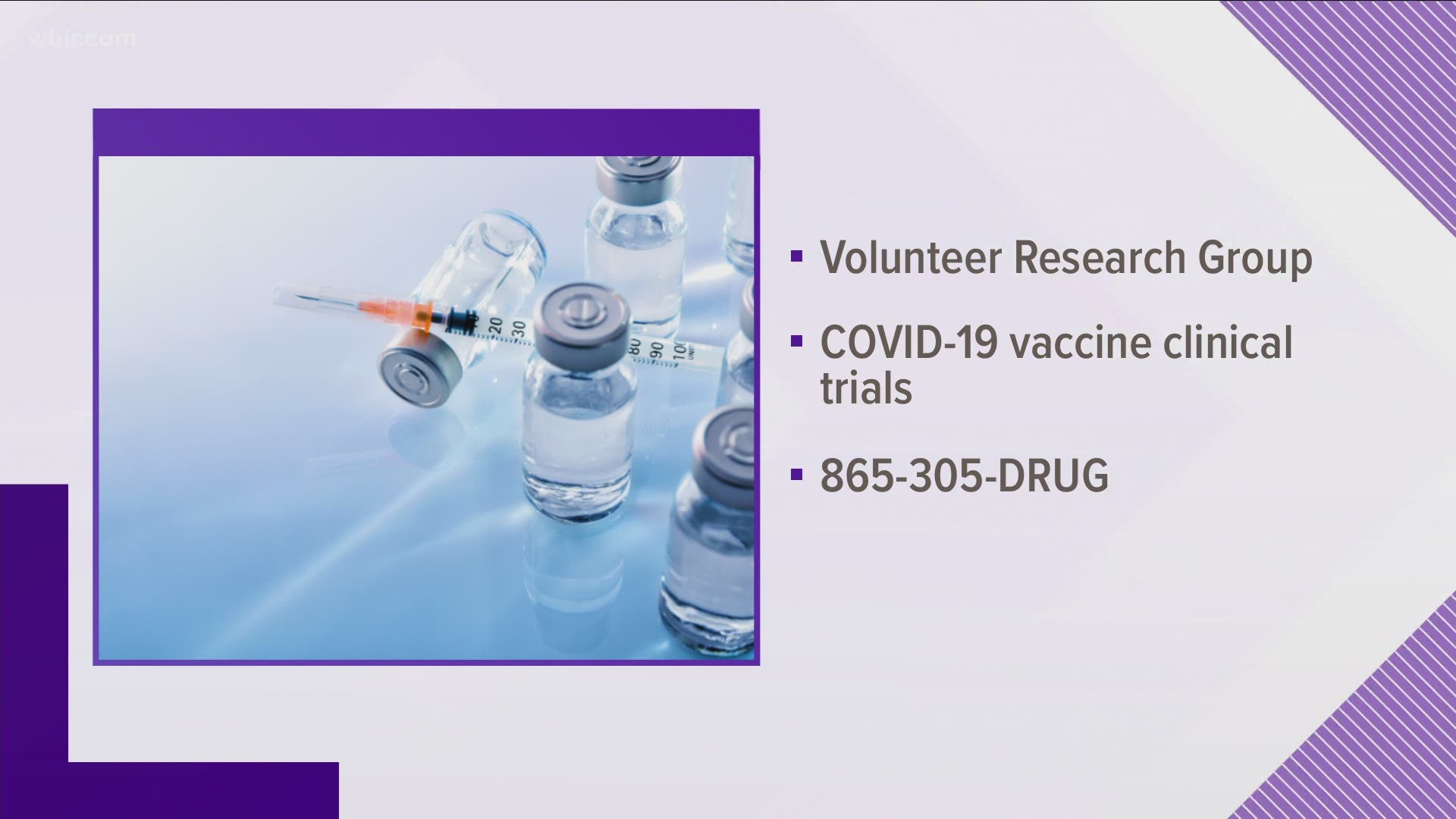 His company announced its COVID-19 vaccine had shown to have nearly 95% percent effectiveness in a clinical trial check-in. Last Wednesday, the Pfizer-BioNTech vaccine study phase 3 trials had concluded, leaving it next in the hands of the FDA to issue an Emergency Use Authorization.

And it began, in part, here at the University of Tennessee Medical Center with a shot 200 people, including our own Robin Wilhoit, received.

Another COVID vaccine from Moderna has also achieved a roughly 95% effectiveness rate.

"A threshold of 75 percent would've been good enough to start discussions with the FDA so the fact that this was over 90 percent is really exciting," Smith said.

The Pfizer shot is an mRNA vaccine. Meaning unlike the shots we're used to, it doesn't contain the virus at all. Instead, it targets cells in your body. Think of it as a messenger: it speaks to proteins and teaches them to produce antibodies on their own.

It's not without drawbacks, as Robin learned 20 hours after her second shot. But her mild side effects disappeared within a day.

Researchers said the fast development has not compromised safety.

"If anything," Smith, who runs the Knoxville clinical trial said, "The safety of this has been under more scrutiny than almost any compound that's ever been developed."

But he warned: it's going to be a while before the vaccination is widely available.

"The people that are going to get vaccinated first are the people at highest risk."

Several other COVID vaccines are in different stages of studies, also showing promising results. The vaccines, while from different makers, hope to all provide roughly the same level of protection while making the vaccine widely available to the 7 billion+ people across the globe as soon as possible.

"I continue to emphasize that we need multiple vaccines. The capacity of these different companies to manufacture vaccines is a billion doses a year. That's half a billion for every billion doses. We are still short of the mark to really put an end to this pandemic worldwide," Smith said.