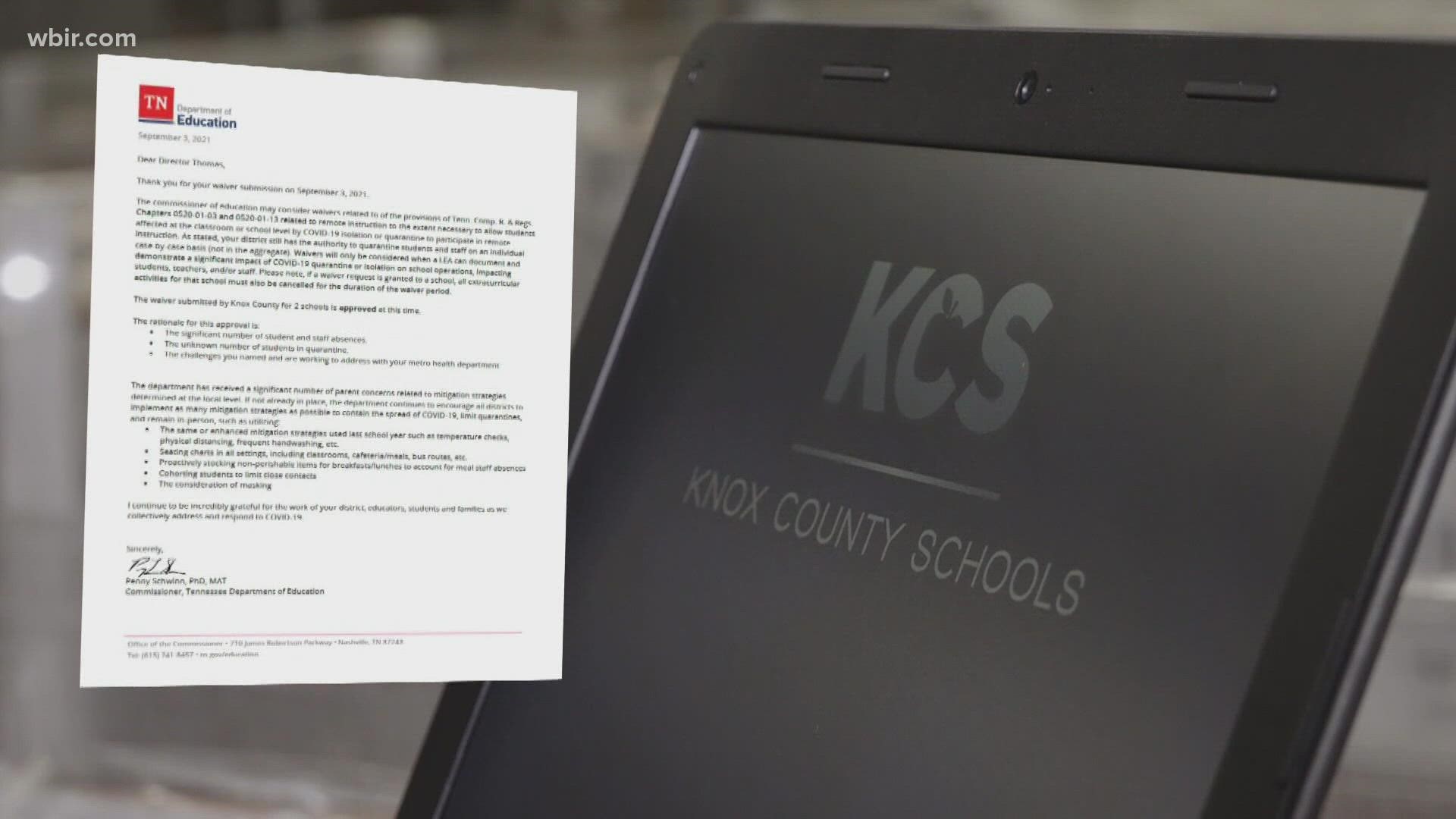 KNOXVILLE, Tenn — Knox County Schools parent Nate Kelly started paying attention to the district's COVID-19 dashboard a while ago. But now, she said that it isn't as useful as it once was.

Instead, he relies on his daughter to tell him what it's like in school.

"She gives us a report every day about who's there and who's not there," he said. "We're pretty routinely seeing 10 to 15 percent of the kids in her classroom gone for various reasons."

Across the district, Knox County Schools reported 277 active cases among students on Tuesday. The following day — Wednesday — the number of students who currently have COVID-19 jumped to 594.

The Knox County Health Department said someone is considered an active case for 14 days in their system.

However, the Knox County School system said students and staff are considered active for 10 days.

At least 2,400 school-aged children (5 years old to 18 years old) in Knox County have tested positive for the virus in the past 14 days, according to the Tennessee Department of Health.

At least 1,800 school-aged children (5 years old to 18 years old ) in Knox County have tested positive for the virus in the past 10 days, according to the Tennessee Department of Health.

"Something's not right. I'm just saying do the math," state lawmaker Gloria Johnson said. "If they're going to be serious with that number from yesterday of 277, then they're saying those homeschool and private school kids have a whole lot of COVID."

10News asked Knox County Schools about the discrepancy between the TDH data and their dashboard. In a statement, they listed a number of reasons including:

Knox County Schools said its goal is to "provide accurate and timely information regarding COVID-19 cases in our district." The district plans to add school-level data to the current dashboard. 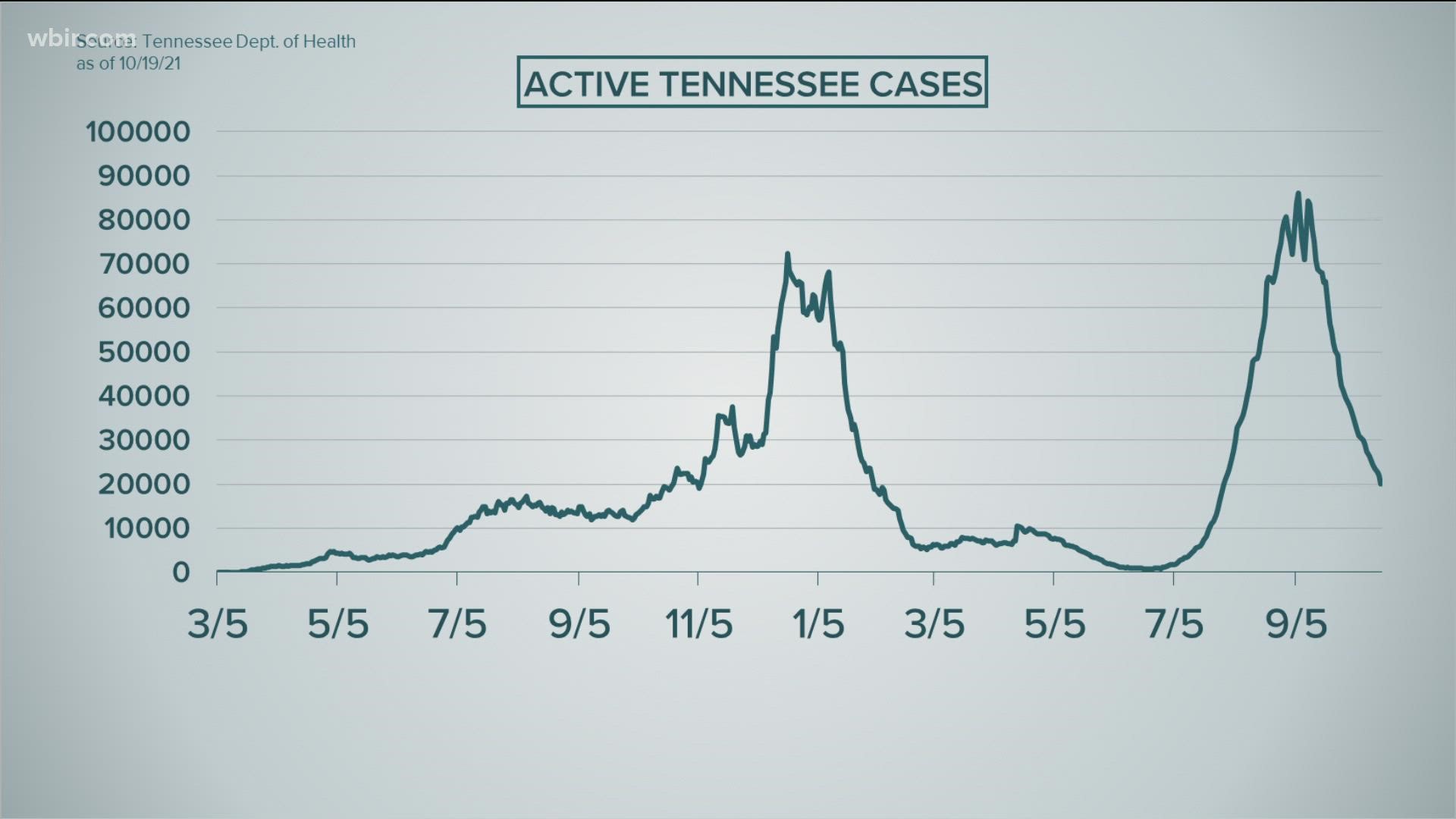