In Tennessee, Hispanic people make up less than 6% of the population but account for 14% of all COVID-19 cases. 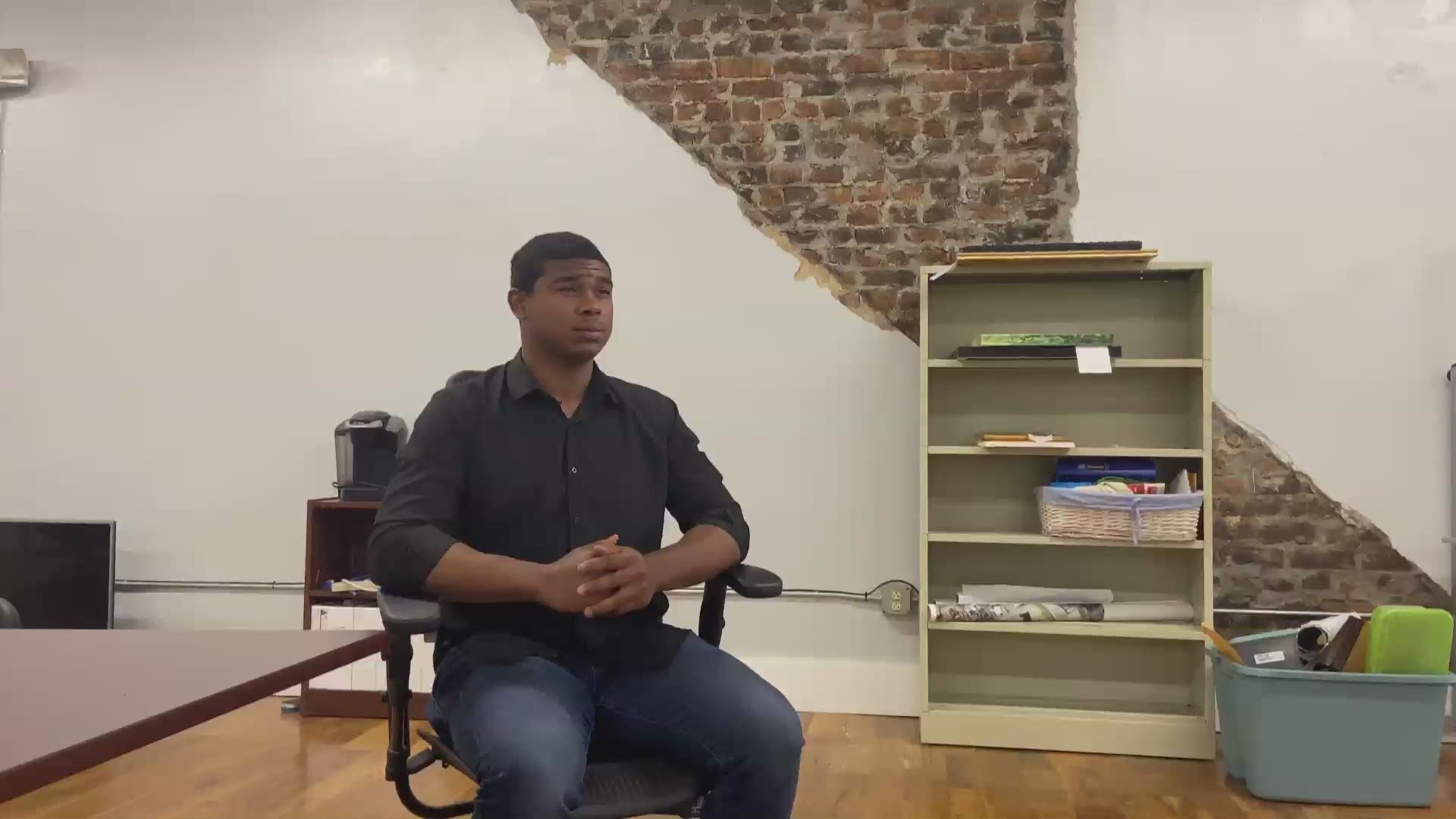 “I wouldn’t mind getting personal with it,” he said. “My grandmother, three weeks ago, she had caught COVID-19. We were really, really worried for her life."

His grandmother had to go to the hospital. Portillo was there when the ambulance showed up to take her. He said it was a nerve-wracking moment for his whole family.

“Her immune system is not going to be the same as ours,” he said. "She is strong, yes, but still you know that’s 80 years of age.”

Portillo’s grandmother is one of more than 23,000 people from the Hispanic community that has contracted COVID in Tennessee. However national and local COVID-19 numbers broken down by race and ethnicity show a disproportionate and unequal picture.

In Knox County, the Hispanic community makes up 13 percent of all cases but only 4.6 percent of the population.

“I didn’t come to this country to die, I really want to live,“ said local mom Karol Paz.

She moved to Knoxville from Venezuela four years ago and has two children. Right now she’s contemplating whether or not to let them go back to school.

“They’re mixed feelings because they miss school, they miss their friends,” she said.

Claudia Mata knows what that feels like. She is a mom too. She cleans houses, sews and volunteers at Centro Hispano.

However, together she said her family is working to stay as informed and safe as they can.

“If I don’t go to work we don't have for the basics you know and that is why I tell the kids ... we are going to live the best we can and deal with it as we can and hopefully, we don’t get infected,” she said.

She said her job does have safety measures and that help.

“They provide everything like gloves, hand sanitizer and you wash your hands all the time, face masks ... social distancing, everything that we are supposed to do,” Mata said.

Carole Myers is a professor at the University of Tennessee College of Nursing and Public Health Department. She said if we are going to have to call it like it is in regards to the role system racism plays in the pandemic's effects.

"Black people are hospitalized with COVID 4.5 times more than their white counterparts, and when we look at Hispanic populations it's 3.5 times," she said. "It's a social problem, it reveals social, as well as health inequities and these are most commonly referred to as structural racism and COVID-19 has put structural racism front and center in our country."

That oftentimes leaves local non-profits like Centro Hispano and Hola Lakeway working to fill in the gaps.

“The first thing that comes to my mind is the families that have been affected,” Hola director Betsy Bonilla Jimenez said.

“All week Hola has been working with the health department school system making sure that all the information is going on in English and in Spanish,” Jimenez said.

But she added the challenges reach beyond a language barrier.

“They have to go out and work in different jobs like farming, or factories, landscaping, construction — there’s no way they can stay home because they have to work days I believe the work they do is essential,” she said. “I talk to people affected they say I don’t know what I’m going to do it’s 14 days without working who’s going to pay my bills.”

But why is this happening? We asked Liliana Burbano with the Knox County Health Department what it is doing to answer that question.

“I think we don’t know for sure yet but we are looking at the data," Liliana Burbano said. “We find that Hispanic families that we have seen throughout this process are critical workers that at the beginning were not required to wear a mask or the social distancing was not enforced completely at their workplaces.”

But that is not the only reason and communities across the country are demanding more answers and more resources.

Weeks after we spoke with Portillo, we caught up with him again to see how his grandmother was doing.

"She's doing better, she was able to get out of the hospital," he said. "She has been slowly recovering, they put her on an oxygen tank but three weeks ago she stopped using it so she's gradually getting better."

While that is good news for his family, Portillo said it was definitely a difficult experience and one he wants the community to take very seriously.

"Be safe, wash your hands, always wear your face mask so what happened to my family doesn't happen to you," he said.