Total revenue collections were down almost 40 percent for the month compared with April 2019, according to the state Department of Finance and Administration. 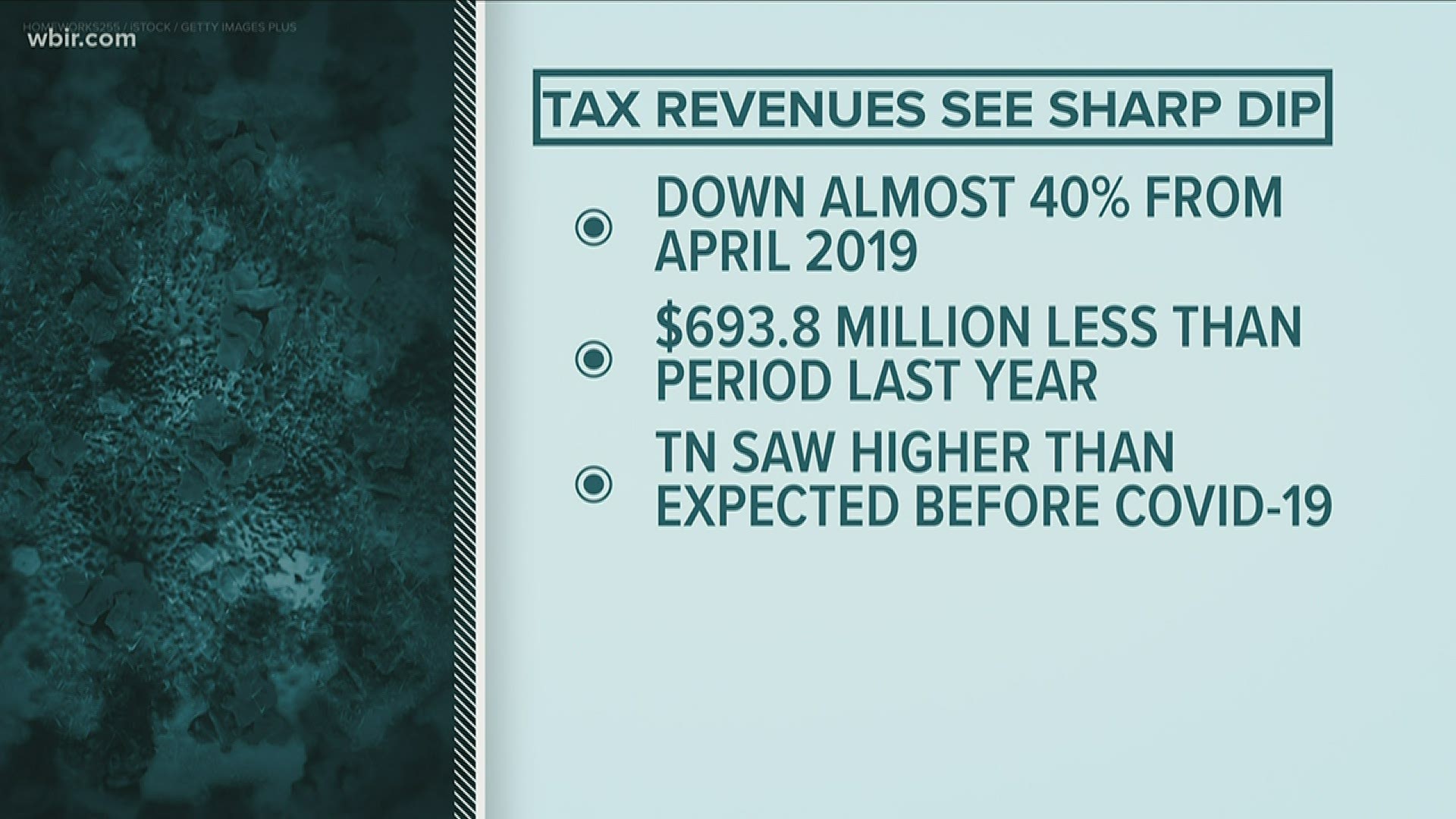 Total revenue collections were down almost 40 percent for the month compared with April 2019, according to the state Department of Finance and Administration.

And while the new numbers are commonly referred to as regarding April, they actually reflect what happened in March. That means the state still doesn't actually have hard numbers yet for April. Those will come by about mid June.

RELATED: Jobless rate spikes to 14.7%, highest since the Great Depression

RELATED: UT: No decision has been made about football season

RELATED: All UT campuses propose no tuition increase for the 2020-21 academic year

"April's numbers were disheartening, and we have a very difficult financial period ahead of us with which to make real hard decisions," Lee said.

Governments plan their budgets many months ahead of time based on what they think they'll collect. April's sharp downturn as reported by the state means cities, counties and the state didn't get nearly what they thought they'd get.

The state took in about $694 million less for the same period last year.

“The signs of economic downturn due to the COVID-19 pandemic have begun to appear in Tennessee’s April tax receipts,” Commissioner Butch Eley said in a prepared release Tuesday. “April sales tax revenues, reflecting March taxable sales activity, were weakened as the state began to withdraw from its usual patterns of consumer spending by mid-month."

Until the widespread business shutdown hit amid virus concerns, Tennessee was enjoying higher than expected tax collections. That will help offset but not resolve coming losses.

"The state’s large monthly revenue surpluses built up throughout the beginning of the year will now be tested as the pandemic’s impact begins to erase those gains. Yet, we remain committed to keeping the state's budget in balance despite the current challenges,” Eley's statement reads.

According to the state, sales tax revenues were $61.2 million less than what was expected for April. Cities, counties and schools get a portion of that tax, handed down from the state.

Franchise and excise tax revenues combined were $486.6 million lower than the budgeted estimate in April, according to the state.

Also, gasoline and motor fuel revenues for April went down by 1.4 percent compared to April 2019. They were $5.6 million less than the budgeted estimate of $108.7 million.

Locally, counties and cities are trying to cope with lower revenues while also planning for a new budget year that may see a continued slowdown.