COVID-19 in Tennessee: Vaccinations rise along with active cases 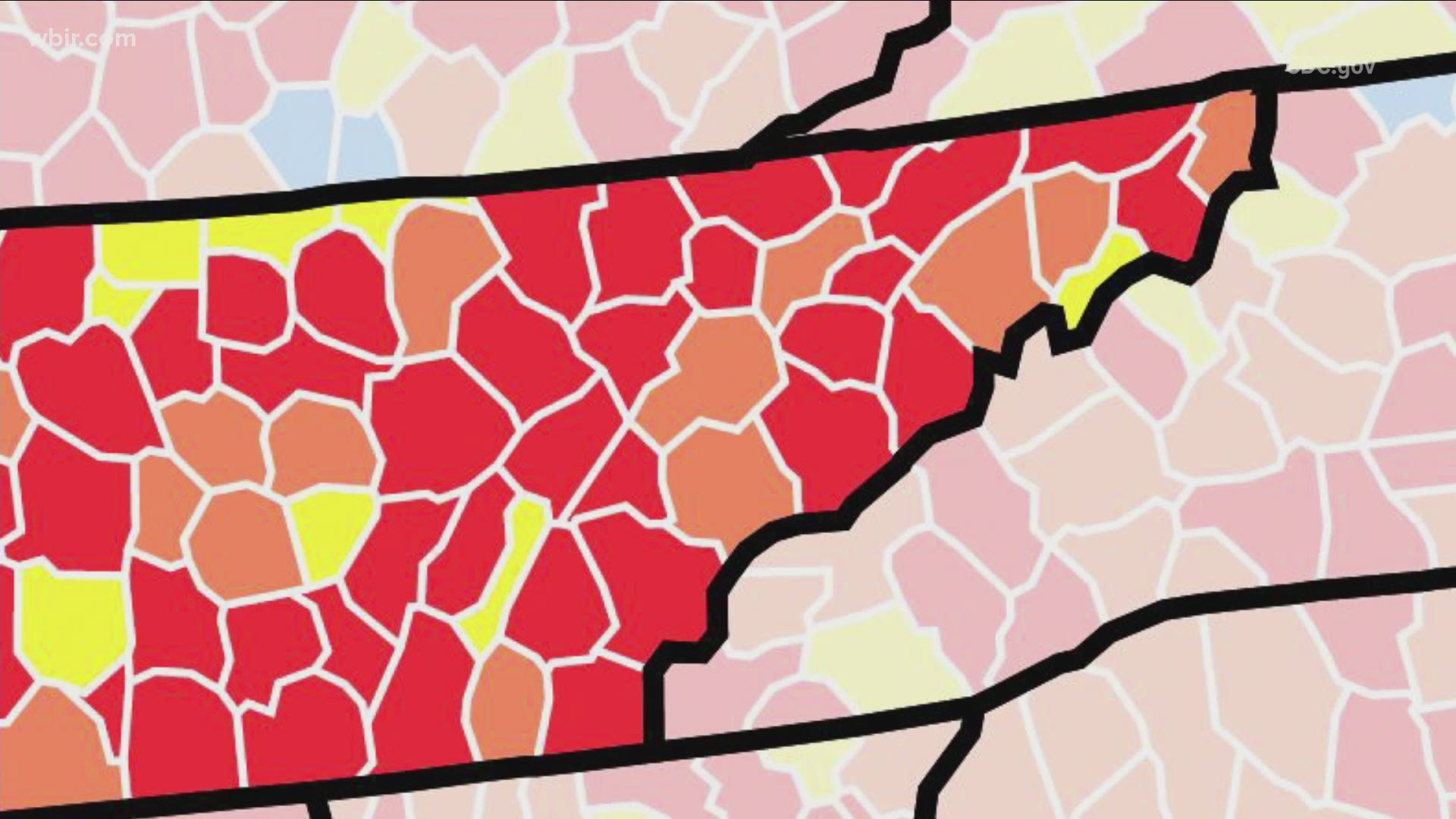 TENNESSEE, USA — It has been around a year and a half since the first COVID-19 cases were reported in Tennessee. In that time, businesses have shut down and reopened. Mask and social distancing guidelines were created and ended. The number of cases fell, and now they are trending back up.

The Centers for Disease Control and Prevention recommended Tuesday nearly every county in East Tennessee start wearing masks indoors once again, including vaccinated people. Officials said the delta variant of the coronavirus is fueling surges of infections.

Across the state, there were 13,541 active cases reported on July 26. It is the highest number of cases in the state since Feb. 14, according to health officials.

In total, the Tennessee Department of Health has reported 886,519 cases as of Tuesday. There were 12,710 deaths in the state related to COVID-19.

On Tuesday, the state also saw the most amount of people getting their first dose of the COVID-19 vaccine since May 26. There were 10,190 recipients, according to health leaders. The number of people who got a COVID-19 vaccine increased by 40% in the last week, compared to previous weeks.

Most East Tennessee counties reported higher vaccination rates in the past week, too. Almost half of all people in Knox County have received at least one dose of the vaccine, according to the Knox County Health Department.