The Sweetwater Hospital CEO said he is in discussions with other East Tennessee hospitals about how to fairly ration care to patients. 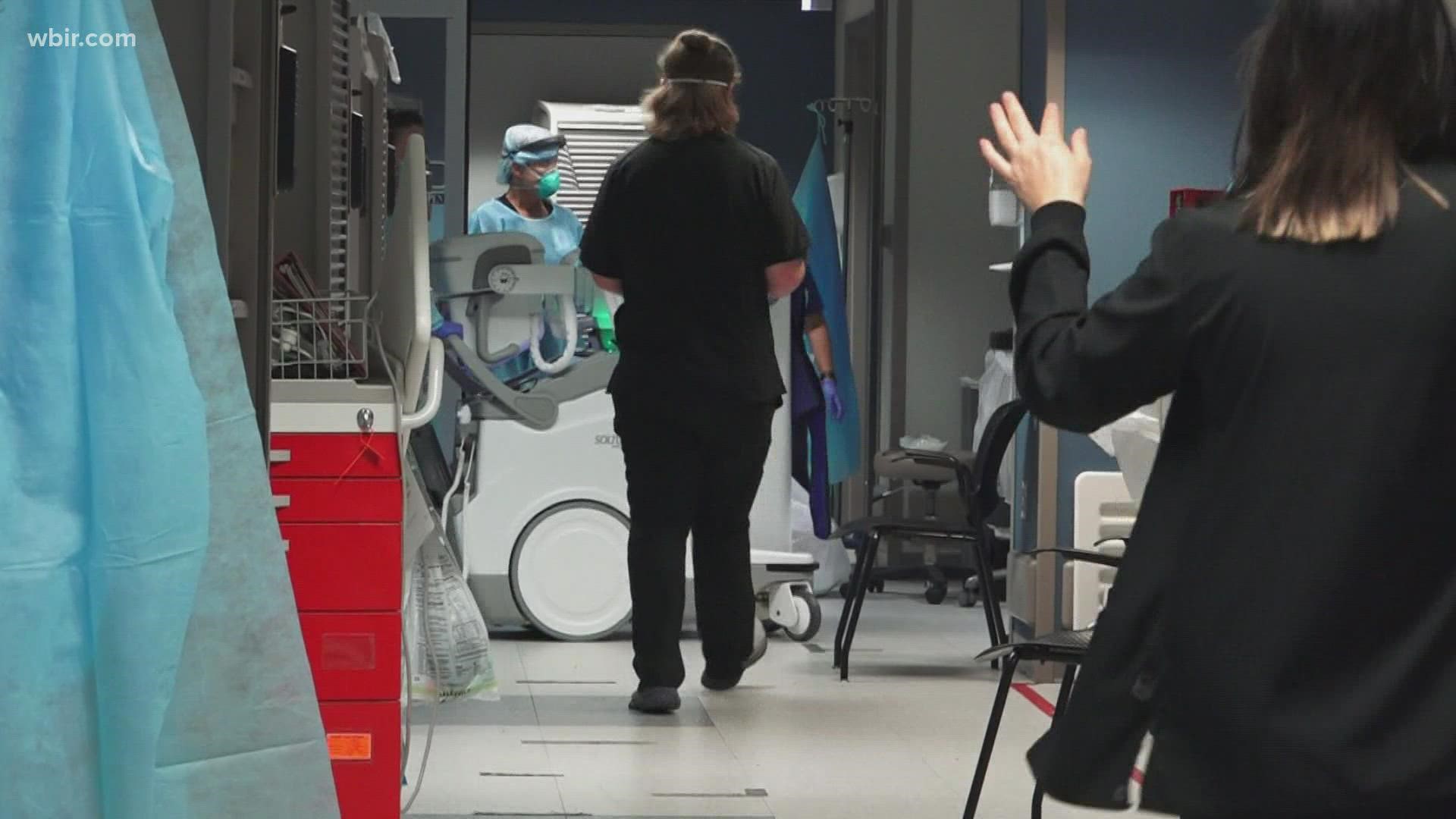 SWEETWATER, Tenn. — An East Tennessee hospital faces rapidly-approaching crisis care levels as COVID-19 patients overwhelm the facility, forcing some to receive ICU-level care in a packed emergency room and, once, in an ambulance parked outside, hospital leaders said Monday.

"I've never seen it like this anywhere," Sweetwater Hospital CEO Ian McFadden said. "It's just overwhelmed everything, overwhelmed the system."

The Tennessee Department of Health reported a slight increase in people battling COVID-19 in East Tennessee hospitals Monday. The number of patients remains near record high levels, stressing hospital systems across the region.

At Sweetwater, up to two-thirds of patients are in the hospital because of the coronavirus, McFadden said. At times, the number of people needing inpatient care has soared to 68 and the hospital only has 59 beds, he said.

More than 90 percent of COVID patients at the hospital are unvaccinated and the age of patients is trending younger, McFadden said.

"[It's hard] for staff members watching people who are in their 40s and 50s die—and you can't do anything about it once they're here. Once the progression of COVID starts with the pneumonia, it's very hard to turn that around," hospital Chief Clinical Officer Melissa Harris said.

The patient surge has led Sweetwater to convert its emergency room into a de facto COVID intensive care unit. Patients are routinely treated in overflow spaces, including a waiting room and on recliner chairs in the hallway, Harris said.

Other hospitals across East Tennessee face similar crunches, McFadden said. He cannot find other hospitals to accept Sweetwater's patients because they're all full too. He said diverting ambulances from his facility would not help—there's nowhere else for them to bring sick people.

"I've been doing this a long time and I've never seen resources challenged where you're actually having to make really difficult decisions," he said.

In one recent case, he recalled, a person desperately needed dialysis to avoid death, but no hospital could accommodate the patient. He said a hard-to-believe rationalization ensued:

"If this person needs dialysis and they're going to pass away if they don't get it, then who do we take off a dialysis unit? I mean, it's those kinds of decisions. We're at that point now," he said. The University of Tennessee Medical Center eventually made room for the patient.

East Tennessee's hospitals—including Covenant, Tennova and UT Medical Center—have weekly conversations about how to "score" patients if care becomes stretched so that there's not enough to go around, McFadden said.

Sweetwater faces shortages of basic supplies including needles, IV fluid and syringes, Harris said. The Tennessee Emergency Management Association delivered ten additional ventilators to the facility, but that's led to shortages of oxygen and stress on the hospital infrastructure.

Staffing is the most significant and difficult-to-remediate shortage the hospital faces, Harris said. Several nurses have retired from the facility and others are routinely asked to work overtime or double shifts, she said.

Harris said the dire scenario unfolding in Sweetwater is mirrored at most other hospitals in East Tennessee. It also recalls the early pandemic messages from health leaders warning of a hospital crunch if communities didn't "flatten the curve."

Harris said the crisis at Sweetwater could have been similarly avoided.

She urged masking, social distancing and—above all—vaccinations to help health leaders now and in the future. 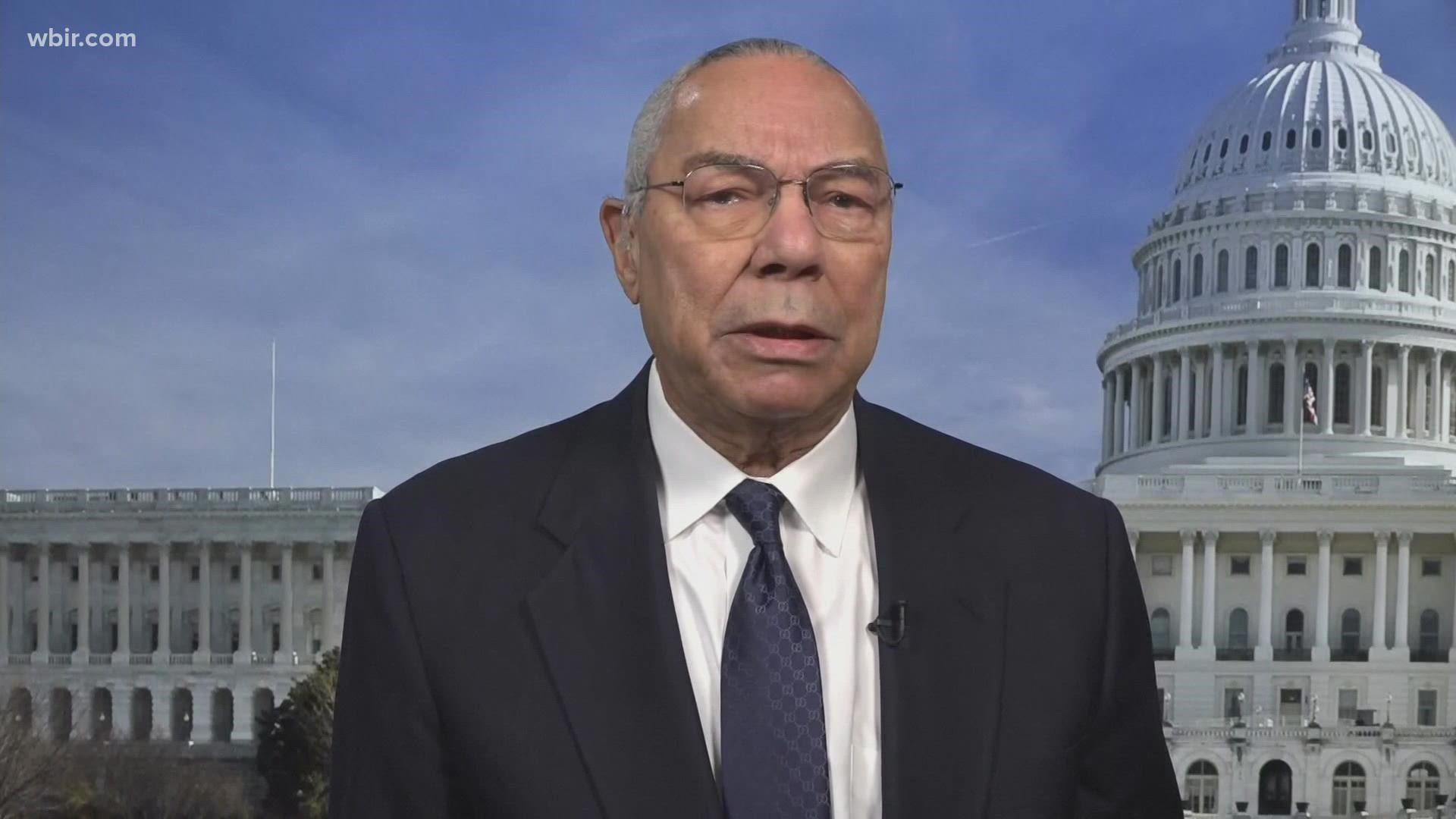