Most of the allergic reactions are in people with a history of reactions. Side effects are usually mild and go away within 24 hours. 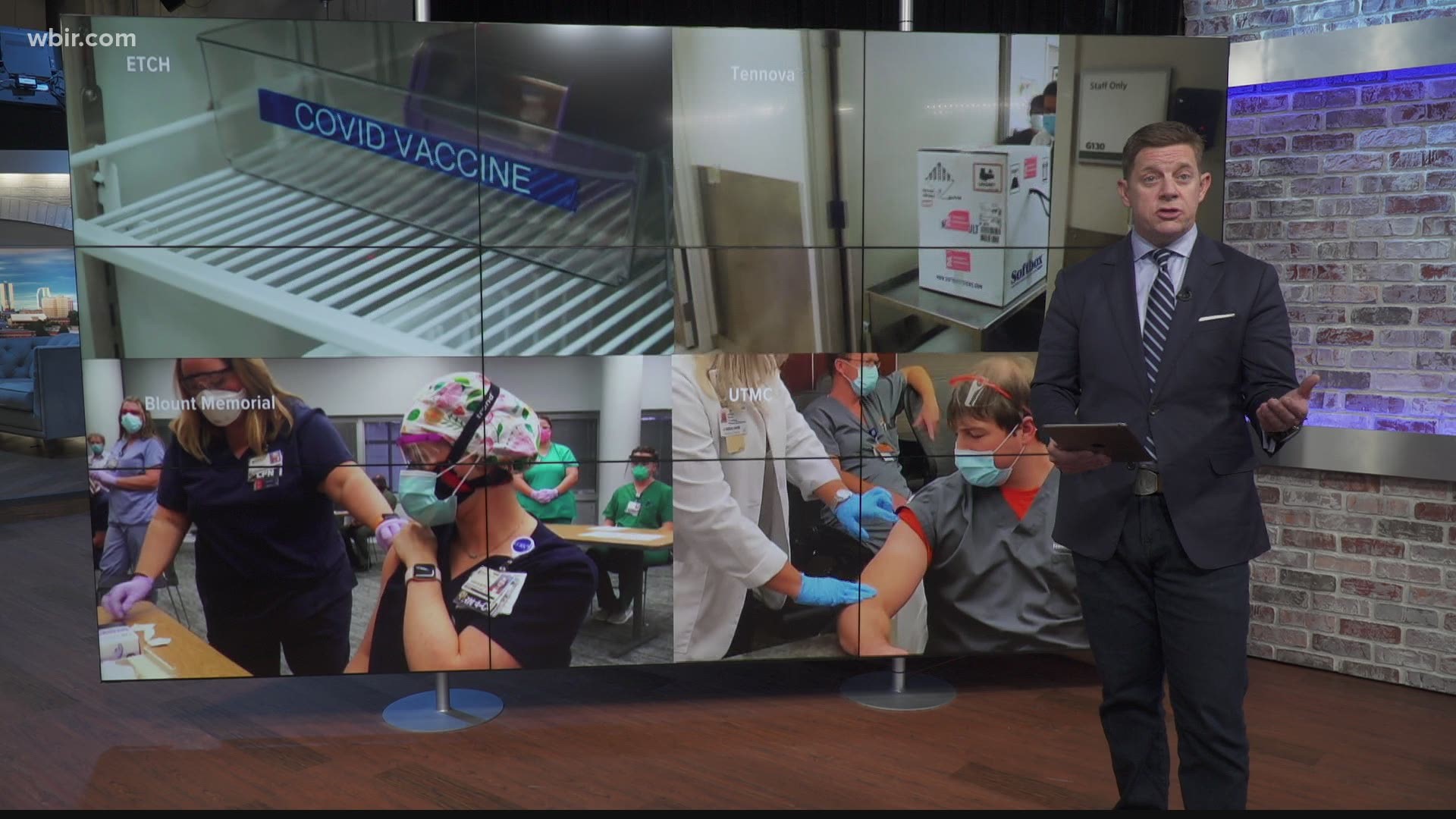 As the COVID-19 vaccinations roll out in the United States, many people are asking about allergic reactions and side effects.

While those reactions appear to be rare, they do happen and are actually not unexpected.

On Tuesday, a health worker in Alaska suffered a severe allergic reaction after receiving the Pfizer COVID-19 vaccine. She is in the hospital for another night under observation while another worker, vaccinated Wednesday, has recovered. Doctors already knew to be on the lookout after Britain reported two similar cases last week.

In the U.S., vaccine recipients are supposed to hang around after the injection in case signs of an allergy appear and they need immediate treatment — exactly what happened when the health worker in Juneau became flushed and short of breath 10 minutes after the shot. The second worker experienced eye puffiness, light headedness and scratchy throat.

Dr. Mark Rasnake, UT Medical Center hospital epidemiologist and infectious disease physician, said allergic reactions would be most likely in people with a history of an anaphylaxis reaction. That was the case with the first allergy reports from England.

An administration of epinephrine can quickly control those reactions. UT will closely monitor anyone who has a history of allergic reactions and is positioned to respond quickly.

The FDA found no serious side effects in the tens of thousands enrolled in studies of the two vaccines.

Still, problems so rare they don’t occur in even very large studies sometimes crop up when a vaccine is used more widely and without the stringent rules of a clinical trial.

The Centers for Disease Control and Prevention advises people to stick around for 15 minutes after vaccination, and those with a history of other allergies for 30 minutes, so they can be treated immediately if they have a reaction.

Dr. Rasnake was part of the local vaccine trial and learned Wednesday that he had received the actual vaccine, not the placebo.

He said he experienced mild symptoms, like fever, chills, and fatigue, but that's to be expected.

"That's a sign that the immune system is responding well," he said, saying he treated his symptoms with ibuprofen and recovered quickly.

WBIR anchor Robin Wilhoit was also part of the vaccine trial. She got a 100-degree fever in the middle of the night after getting her second dose during the trial. She also had chills and body aches. The fever lasted roughly 24 hours.

Another side effect being reported is probably the most common, with any kind of injection.

UT Medical Center and Covenant Health also reported no adverse effects or reactions from the injections. Just some sore arms were reported.