Women can get abortion pill by mail during COVID-19 pandemic, federal judge rules

The ruling will allow healthcare providers to arrange for mifepristone to be delivered to patients so they don't have to visit a medical office. 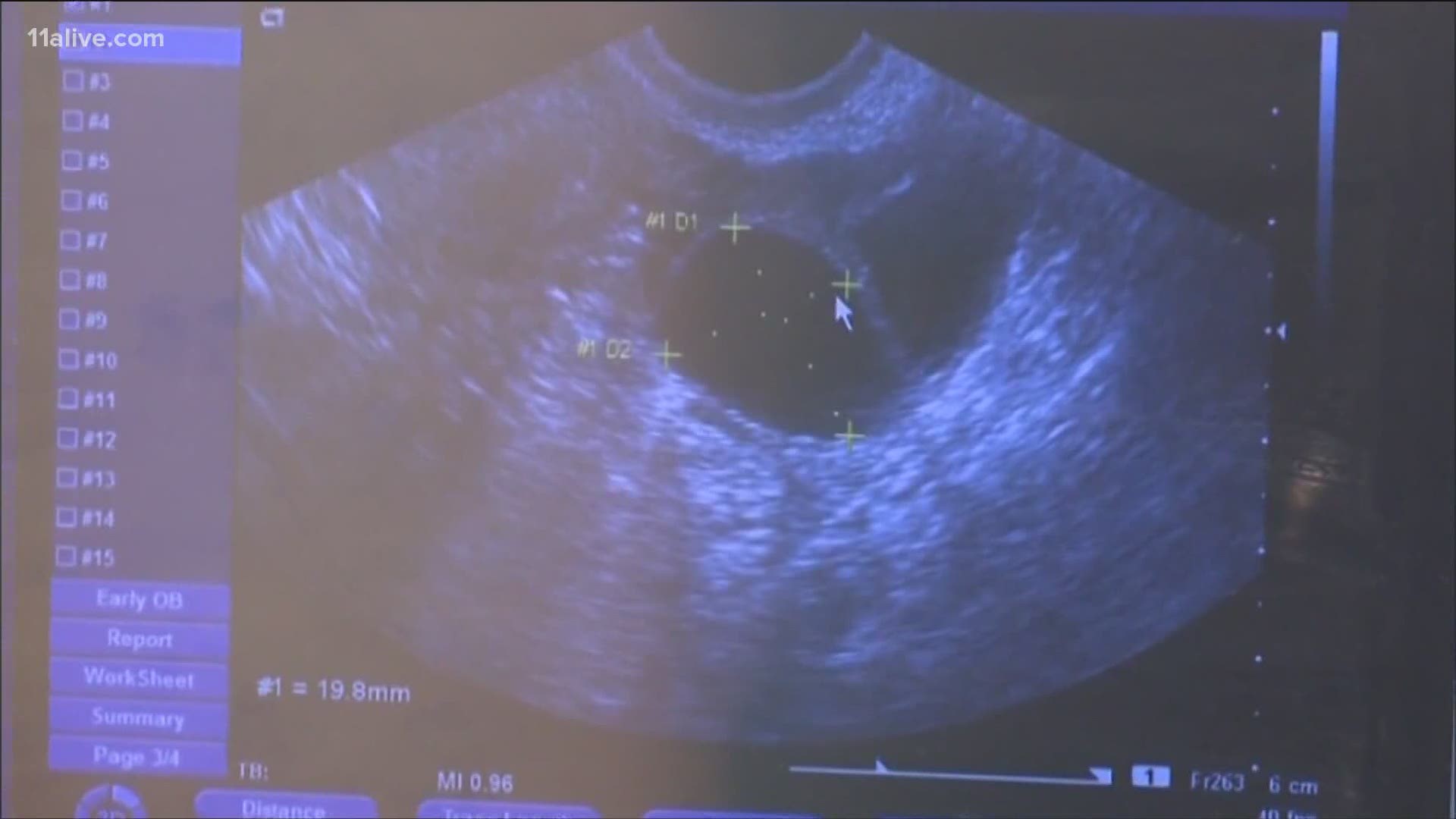 SILVER SPRING, Md. — A federal judge agreed Monday to suspend a rule that requires women during the COVID-19 pandemic to visit a hospital, clinic or medical office to obtain an abortion pill.

U.S. District Judge Theodore Chuang in Maryland concluded that the “in-person requirements” for patients seeking medication abortion care impose a “substantial obstacle” to abortion patients and are likely unconstitutional under the circumstances of the pandemic.

"Particularly in light of the limited timeframe during which a medication abortion or any abortion must occur, such infringement on the right to an abortion would constitute irreparable harm," the judge wrote in his 80-page decision.

Chuang's ruling will allow healthcare providers to arrange for mifepristone to be mailed or delivered to patients during the public health emergency declared by the secretary of the U.S. Department of Health and Human Services. The U.S. Food and Drug Administration approved mifepristone to be used in combination with a second drug, misoprostol, to end an early pregnancy or manage a miscarriage.

“By causing certain patients to decide between forgoing or substantially delaying abortion care, or risking exposure to COVID-19 for themselves, their children, and family members, the In-Person Requirements present a serious burden to many abortion patients,” Chuang wrote.

The states of Indiana, Louisiana, Alabama, Arkansas, Idaho, Kentucky, Mississippi, Missouri, Nebraska and Oklahoma had asked to intervene in the lawsuit. The 10 states argued that the case could impact how they enforce their own state laws that relate to or reference the FDA’s regulation of mifepristone.

Chuang rejected their request last month. The judge said the federal case would not eliminate any state’s ability to continue to regulate abortion medication “above and beyond” the FDA’s requirements.

“Nevertheless, this is a tremendous victory for abortion patients and for science and common sense,” said American Civil Liberties Union attorney Julia Kaye.

The American College of Obstetricians and Gynecologists and other groups sued HHS and the FDA in May to challenge the rule. ACLU lawyers represent the groups.

Skye Perryman, chief legal officer for the American College of Obstetricians and Gynecologists, said the FDA’s restrictions on mifepristone are not medically necessary and “do not advance the health and safety of patients.”

“Today’s ruling recognizes the hardship and undue burden that many women have faced obtaining essential health care during the COVID-19 pandemic,” Perryman said.

Plaintiffs’ attorneys argued that the FDA’s in-person requirements infringe on a woman’s constitutional rights to an abortion and violates the due process clause of the Fifth Amendment.

Government lawyers have argued that the requirements are necessary to ensure that patients safely use mifepristone. The FDA rule requires patients to pick up the single tablet of mifepristone at a hospital, clinic or medical office and sign a form that includes information about the medication's potential risks.

Chuang granted the ACLU’s request for a preliminary injunction on due process grounds. He noted that federal regulators have waived in-person requirements for many other drugs “for the specific purpose of protecting public health.”

The group’s lawsuit says mifepristone is the only one of more than 20,000 FDA-regulated drugs that patients must receive in person at a hospital, clinic, or medical office “yet may self-administer, unsupervised, at a location of their choosing.”

The judge didn’t set any geographic limitations on the injunction. Referring to the nature of the pandemic, he said that “crafting relief that attempts to account for both the unpredictable changes and nuanced regional differences across 50 different states over an extended period of time is simply infeasible.”

More than 4 million people in the U.S. have used mifepristone and misoprostol to end an early pregnancy; the two-drug combination accounted for 39% of all U.S. abortions in 2017, the lawsuit says.

The lawsuit says the FDA rule has “particularly severe implications for low-income people and people of color, who comprise a disproportionate share of impacted patients and who are already suffering and dying from COVID-19 at substantially higher rates.”

In March, dozens of anti-abortion advocates signed a letter to HHS Secretary Alex Azar in which they called for halting abortion procedures during the pandemic. “Their continued operation depletes sorely needed personal protective equipment and leads to complications that will further overwhelm already overextended emergency rooms,” the letter said.

Azar and FDA Commissioner Stephen Hahn also were named as defendants in the suit.

Marjorie Dannenfelser, president of the Susan B. Anthony List anti-abortion group, expressed disappointment in the judge's ruling: “The current FDA regulations are reasonable and necessary to protect women from serious and potentially life-threatening complications of abortion drugs, including intense pain, heavy bleeding, infection, and even death," she said in a statement.