US forgives surprise $14,000 fee to distillers for making hand sanitizer during pandemic

Distillers were shocked this week to learn they would be charged thousands after stepping up during the COVID-19 pandemic, but now they are off the hook. 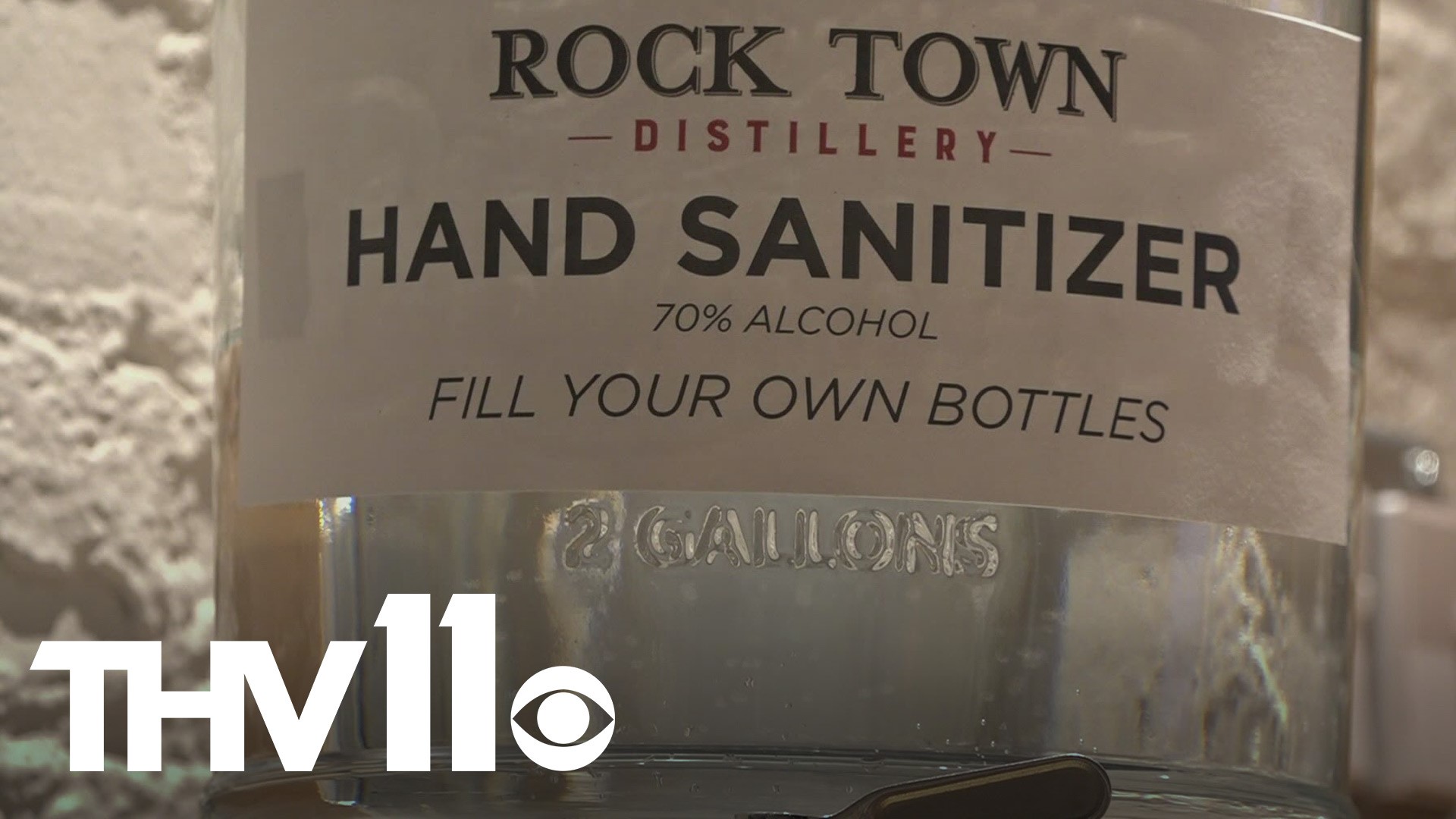 Editor's note: The video above by KTHV aired before the announcement that the fee would be forgiven.

The Department of Health and Human Services announced Thursday it will not require distilleries that stepped up to make hand sanitizer during the COVID-19 pandemic to pay thousands of dollars in surprise fees. There was fear that the fee could force the closure of some small distilleries.

The Distilled Spirits Council said Thursday that distilleries and other facilities that produced hand sanitizer were shocked to learn of the fee on Tuesday from the Food and Drug Administration.

Those included the $14,060 Monograph Drug Facility Fee and a $9,373 Contract Manufacturing Organization Facility Fee. Those fees were set to come due on Feb. 11, 2021, according to the Distilled Spirits Council.

RELATED: 200 hand sanitizers now on FDA's 'do not use' list

RELATED: What should I look for in a hand sanitizer?

The council released a statement, infuriated that distillers would have to pay thousands of dollars after stepping up to produce hand sanitizer, which was in high demand but short supply early in the pandemic.

“This incredibly frustrating news comes as a complete shock to the more than 800 distilleries across the country that came to the aid of their local communities and first responders.  This unexpected fee serves to punish already struggling distilleries who jumped in at a time of need to do the right thing,” said Distilled Spirits Council President and CEO Chris Swonger.

“Everyone was totally blindsided by FDA’s announcement and as a result, craft distillers across the country are scrambling to understand and respond. Given all that’s happened in 2020, the timing of this news could not be worse.  The $14,000 fee being assessed could certainly put many of these small family owned businesses out of business," Phil McDaniel, CEO of St. Augustine Distillery and Chair of the DISCUS Craft Advisory Council, said in the statement.

Late Thursday, HHS Chief of Staff Brian Harrison released a statement that the fees would be forgiven.

“Small businesses who stepped up to fight COVID-19 should be applauded by their government, not taxed for doing so. I’m pleased to announce we have directed FDA to cease enforcement of these arbitrary, surprise user fees. Happy New Year, distilleries, and cheers to you for helping keep us safe!" HHS tweeted.

“I’m pleased to announce we have directed FDA to cease enforcement of these arbitrary, surprise user fees. Happy New Year, distilleries, and cheers to you for helping keep us safe!” (2/2)