Dr. Martha Buchanan said the key to stopping the potential spread of COVID-19 is for people to use common sense and make smart choices. 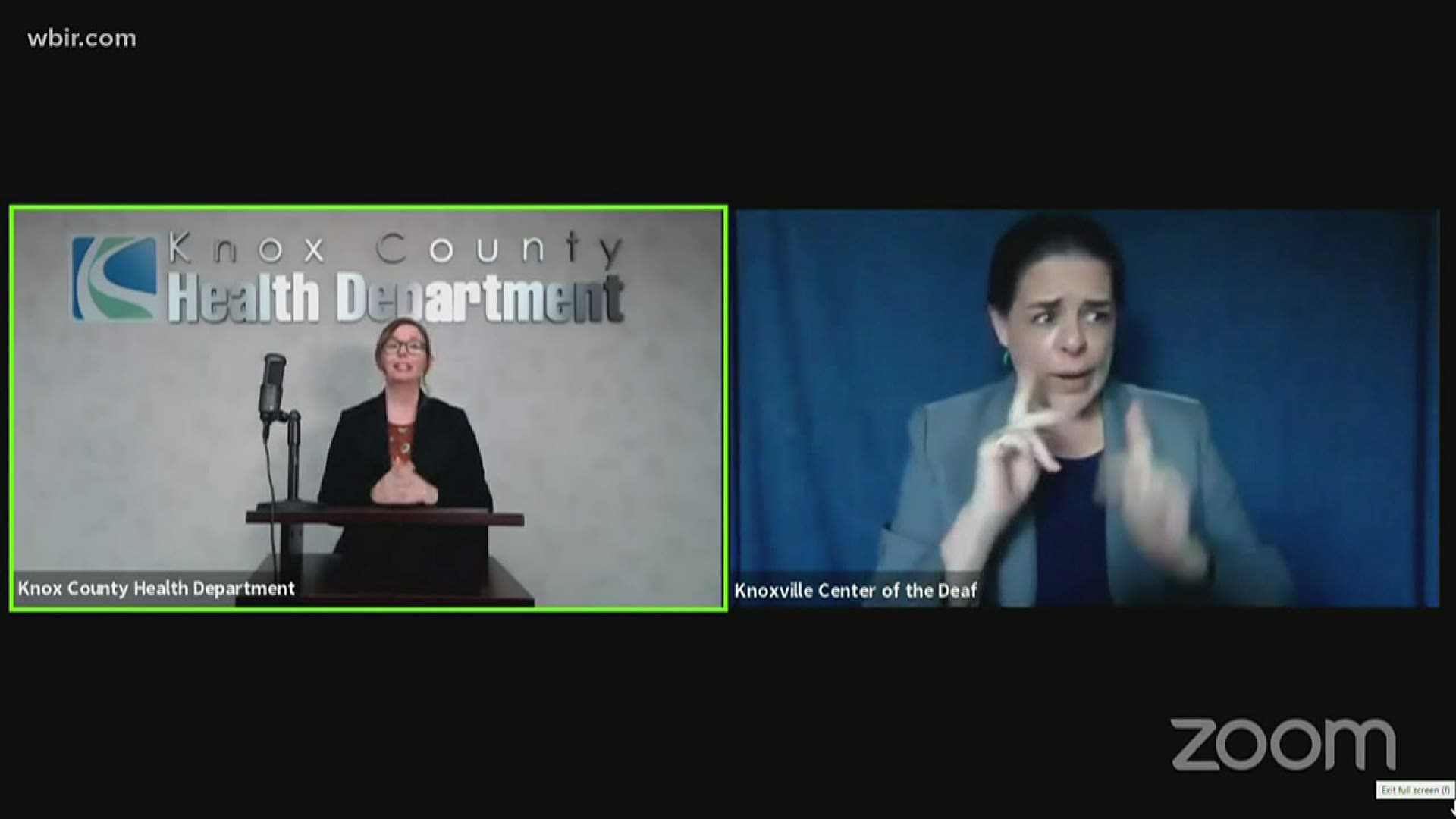 It must rely on citizens to use common sense, to not gather in crowds of more than 10 and to use masks when out in public, Buchanan said during the department's daily briefing.

"We are heavily relying on people to do the right thing and make those choices to protect themselves," she said.

As restrictions begin to ease for stores and restaurants to open in Tennessee, some complaints are arising about people gathering in the community in large crowds. WBIR has fielded some such complaints.

Buchanan said the Health Department can send notices to caution individuals and businesses about practicing social distancing and can even take it up to what's called a "health measure" to get their attention about using masks for employees or remaining closed until given proper authorization, for example.

But the director said the department can't impose dollar fines.

RELATED: 13,502 confirmed cases of coronavirus in Tennessee, including 6,081 recoveries & 219 deaths

Buchanan said there are five things people can do to help stop the potential spread of the virus: wear a face covering in public; practice regular hand-washing; stay home if you're sick; practice social distancing; and clean surfaces at home or at work regularly.

"Everybody can do that," she said. "It's not rocket science."

The county Tuesday reported 252 positive cases, with 209 people who have recovered. Two people are currently in the hospital.

Addressing questions from the media, Buchanan said the department doesn't have a target number of tests it wants to conduct every week. It's focusing on boosting testing capacity, and she said that's happening.

"We are also not aware of every test that's recorded in Knox County," she said, because there's simultaneous private testing going on.

Buchanan said the department has about 30 people who are doing contact tracing -- identifying all the people who come into contact with a positive case. She said that's adequate for the county's needs right now.

Targeted testing of nursing homes is planned by the county and the state, she said. Gov. Bill Lee said last week the state wants to expand testing of long-term care centers and their employees to combat spread of the virus.