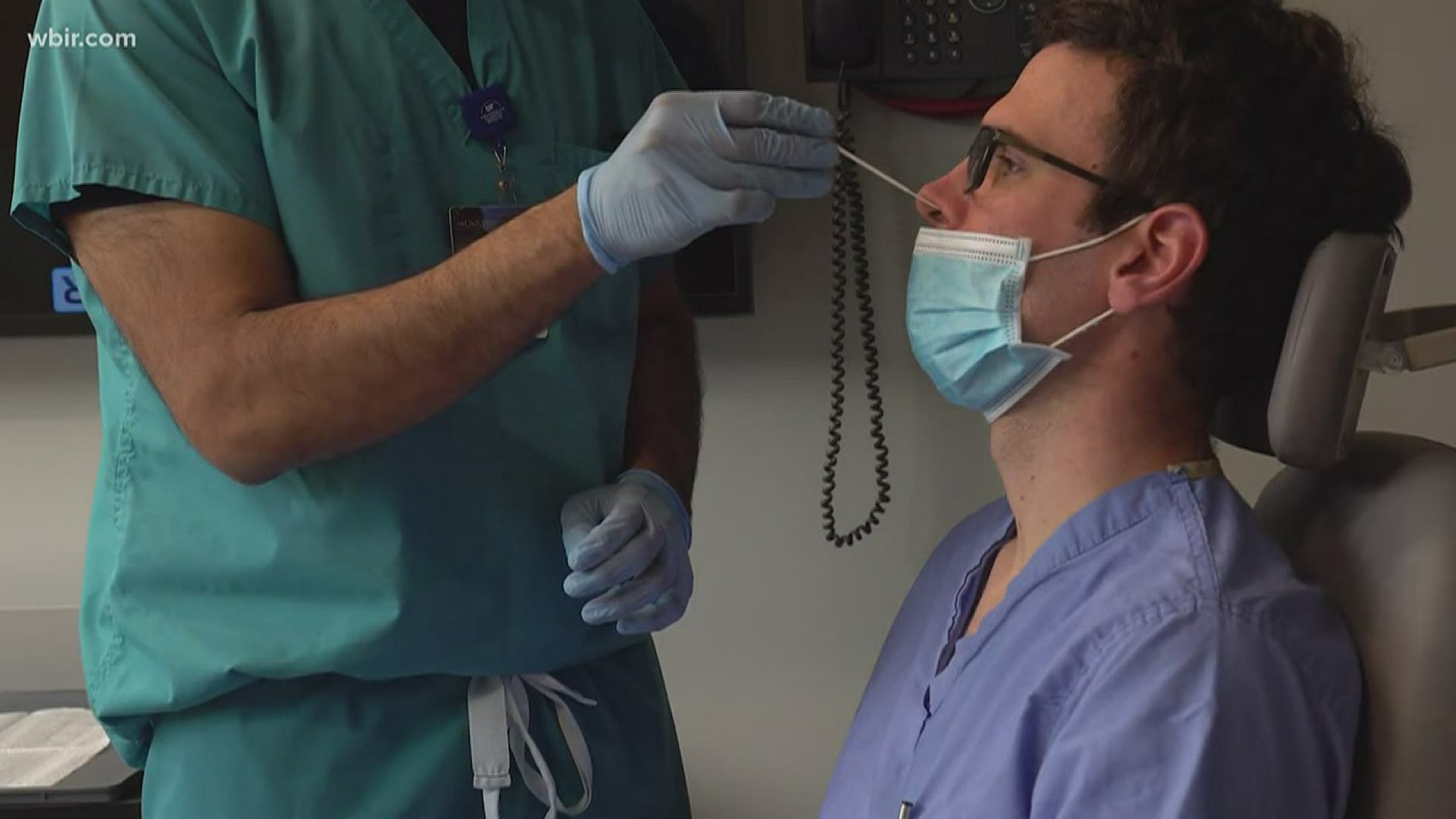 KNOX COUNTY, Tenn. — As of April 11, the Tennessee Department of Health reported more than 66,000 people have been tested for the coronavirus.

That's about 9.8 tests completed for every thousand people in the state. More than 5,000 people have tested positive.

In East Tennessee, however, the county averages for the number of tests completed are lower.

"Getting the supplies to do the testing and the appropriate PPE to do the testing has been a challenge," said Charity Menefee, the Knox County Health Department director of communication and environmental disease and emergency preparedness. "We really have been talking a lot about wanting to increase our testing capacity."

During a media briefing on Friday, Menefee said KCHD has been able to test about 15 to 20 people per day. Beginning April 13, they will be receiving an increase in supplies that will allow them to test up to 90 people per day.

"Testing is important, because that allows us to identify cases and then be able to talk to their contacts," Menefee said. "It really helps to have a good picture of where we stand and be able to communicate directly with people that are most risk of spreading this illness."

On April 11, the Knox County Health Department reported a total of 3,410 tests completed, although it said "negative results are experiencing a delay in reporting."

That's about 7.4 tests completed for every 1,000 residents in the county. A 10News review of statewide data found Knox County ranked No. 24 for testing on a per capita basis.

Cumberland County, which began drive-through assessments on March 27, ranked No. 7 with about 12.2 tests reported for every 1,000 residents.

Tennessee Gov. Bill Lee said the state is working to increase testing capabilities in every region.

"We're trying to get ourselves in a position where folks are not turned away," Gov. Lee said during a press conference on Thursday. "In fact, [we're] developing strategies to ramp up testing significantly all across the state."

On April 10 and 11, the Sevier County Health Department offered drive-through assessments. The county will be offering tests by appointment Monday through Friday from 9 a.m. to 12 p.m. and 1 p.m. to 4 p.m., as well as drive-through appointments again on Saturday, April 18.

A rapid test designed by Abbott Laboratories will be coming to select Walgreens and American Family Care urgent care clinics in Alcoa and Knoxville.

RELATED: Rapid coronavirus testing is coming to East Tennessee, here's how it works