Education, not arrest, will be goal in enforcement of Tennessee's stay at home order

Gov. Bill Lee said guidance has been issued to law enforcement, but they will determine how to enforce the order locally 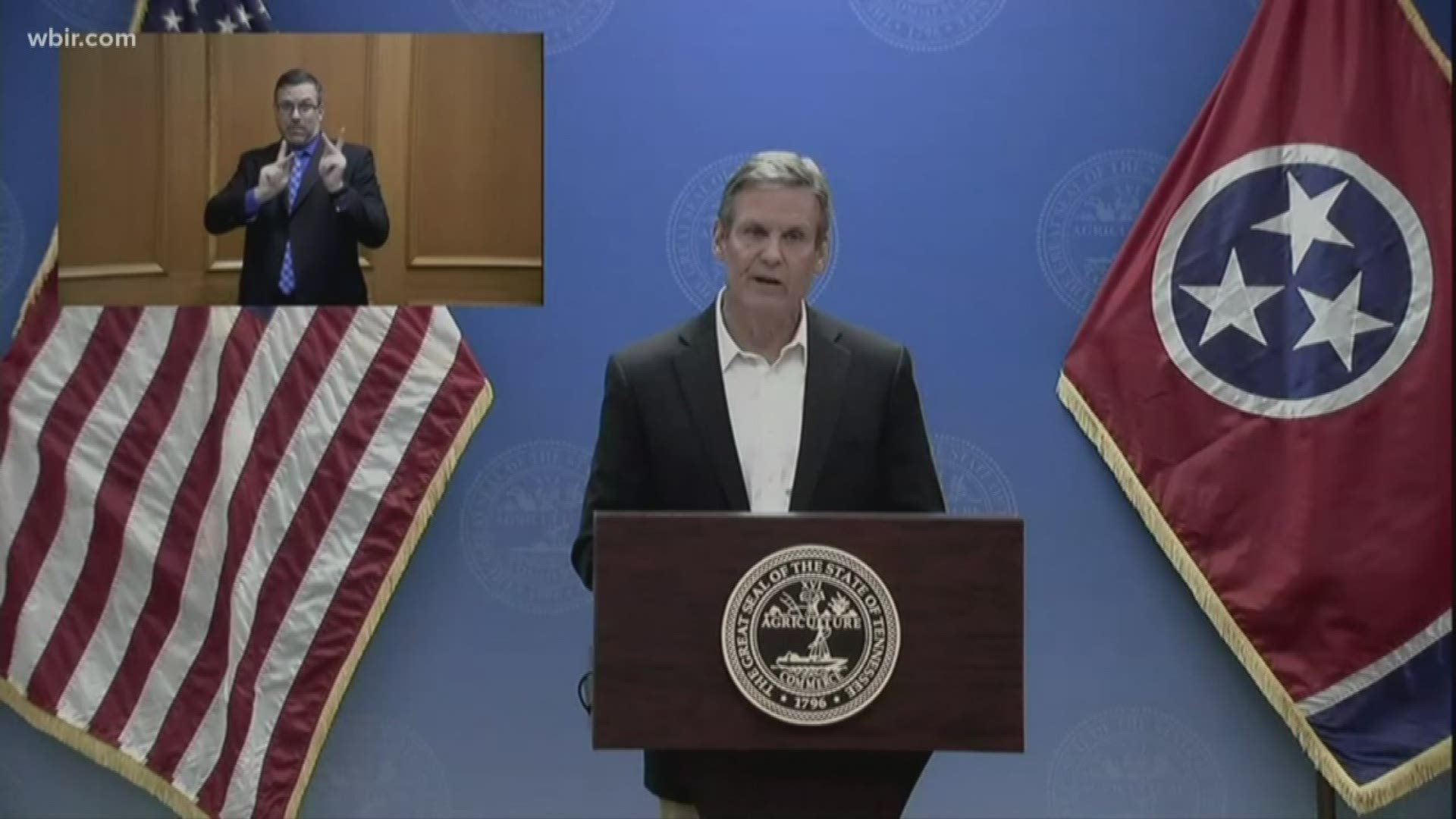 When Gov. Bill Lee announced Executive Order 23, which reinforced his earlier order for Tennesseans to stay at home unless absolutely necessary to stop the spread of coronavirus, he said he was issuing guidance to local law enforcement agencies on enforcement.

That guidance has been sent to local police chiefs and sheriffs but has not been made available to the public.

Our sources within law enforcement told 10News the letter makes clear deputies and police officers have the power to arrest people if they ignore all other means to comply with the order to stay home except for essential business.

An arrest will only come as a last resort.

RELATED: Gov. Lee issues 'safer at home' order for all of Tennessee

The Knoxville Police Department described the order as an enhancement of the previous 'Safer at Home' order, saying KPD and other regulatory agencies will continue to educated businesses on the mandates.

"As we have previously stated, our preferred option is education of the public, and that education will result in compliance. We will continue to do that in as many venues as possible. If that doesn’t work, then the door is open for more active enforcement, either through City citations or misdemeanor citation," KPD said.

Knox Co. Sheriff Tom Spangler issued a statement saying he was confident that residents would do the right thing and follow the order, though he didn't offer any specifics on how his office will enforce it.

"We as law enforcement don’t want to be the “bad guys/gals” in this situation. Governor Lee has asked that Law Enforcement take action against those in violation of the Stay at Home Orders.  He has allowed each agency to use their own discretion,' he said.

The Morristown Police Dept. did announce some specific guidance.

According to MPD Chief Roger Overholt, if his officers become aware of violations, they will "make efforts to educate the individual and ask for voluntary compliance."

If that doesn't work, and depending on the violation, the person could be charged with a Class A or Class B misdemeanor under state law.

“We request everyone follow the new executive order and encourage you to plan your travel to reduce the number of trips needed to engage in essential activities or services,” said Overholt.

RELATED: 'Safer at Home' still means you can go outside while keeping safe distance from others

RELATED: Yes, you can boat and fish during Tennessee's safer at home order, as long as you do it safely

The Anderson County Sheriff's Office issued this statement about enforcement: "We are looking at it on a case by case basis because essential services and activities are so broad it’s hard not to handle as such. If we encounter a situation or a call we’re advising them of what the governor’s orders say and let them know if what they’re doing is not allowed. If noncompliance continues we could use other measures like issuing citations."

RELATED: LIST: What are essential & non-essential businesses during Safer at Home order

RELATED: LIST: Here's what you can and cannot do under Tennessee's Safer at Home order