Lee also cautioned that the state will enforce orders for any group of people greater than 10 that decides to gather. 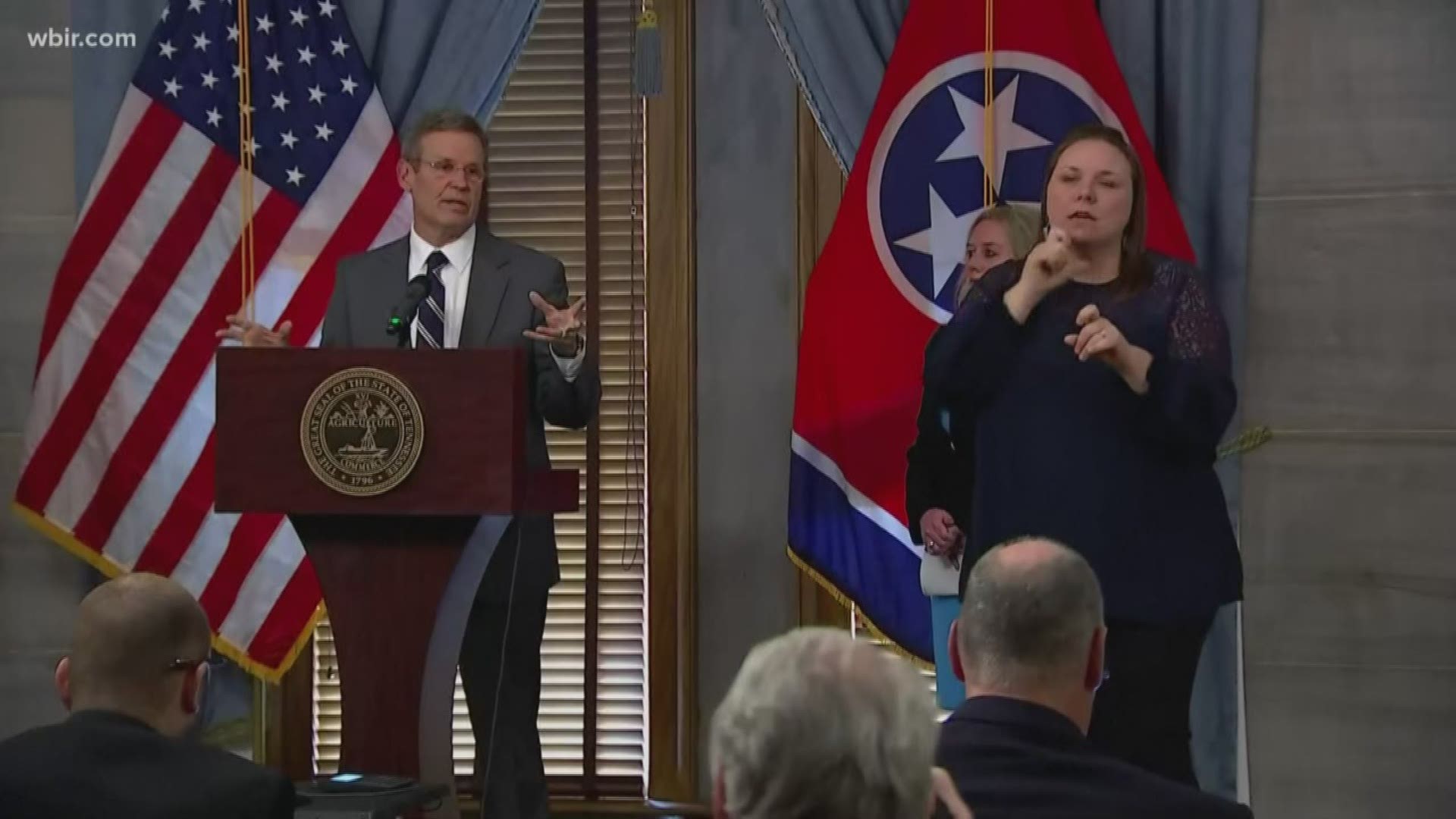 Gov. Bill Lee said Wednesday he's working to resolve how the uninsured in Tennessee can get coverage for health care if they fall ill with COVID-19.

Lee said he also expects to provide answers Thursday during an update on unemployment benefits that will be made available for part-time workers.

The governor also confirmed that his Monday executive order, No. 18, that halts elective surgeries for the time being includes what he called "elective abortions."

As governor, he's made it clear he opposes abortions regardless.

Lee is holding daily, remote briefings with the public to review progress in the state's fight to contain the spread of the highly contagious and sometimes deadly virus.

He said he's pleased with the amount of tests that are being administered -- more than 11,790 so far. He said on a per capita basis, the state is doing more than its surrounding neighbors.

The state has 784 confirmed coronavirus cases so far and three fatalities.

Lee said the state wants to help any church or non-profit interested in opening a temporary, emergency child care center.

"(The Department of Human Services) is reaching out to child care centers to help you get organized and get needed supplies," he said. "We will make sure we address that."

Lisa Piercey, commissioner of the state health department, confirmed the public may notice a "lag" between what the state releases every afternoon at 2 p.m. Central time and what a local health department may make available in terms of case counts.

"We report every piece of data we have by 2 p.m. every day," she said. "I would caution you to expect some local numbers to be ahead of ours, there may be a lag.”

Lee said he expected to have more details Thursday during his briefing about the availability of unemployment benefits for part-time workers among others.

As for the uninsured, he said he's communicating with federal health care authorities about how the state could cover the uninsured who get sick. The state might seek a waiver to use Medicaid money for those not currently covered.

Sens. Lamar Alexander and Marsha Blackburn are also trying to help, he said.

The governor said he's also prepared but hopes he doesn't have to call on law enforcement to stop any large gatherings that exceed the 10-person limit. The order is meant to control the potential spread of the virus.

Lee said he had confidence the vast majority of Tennesseans would obey anyway. In some other states there have been reports of people socializing still in large numbers.