Erin and Levi Dodd were thrilled to send their daughters back for in-person learning. Two weeks later, they feel like it's no longer safe. 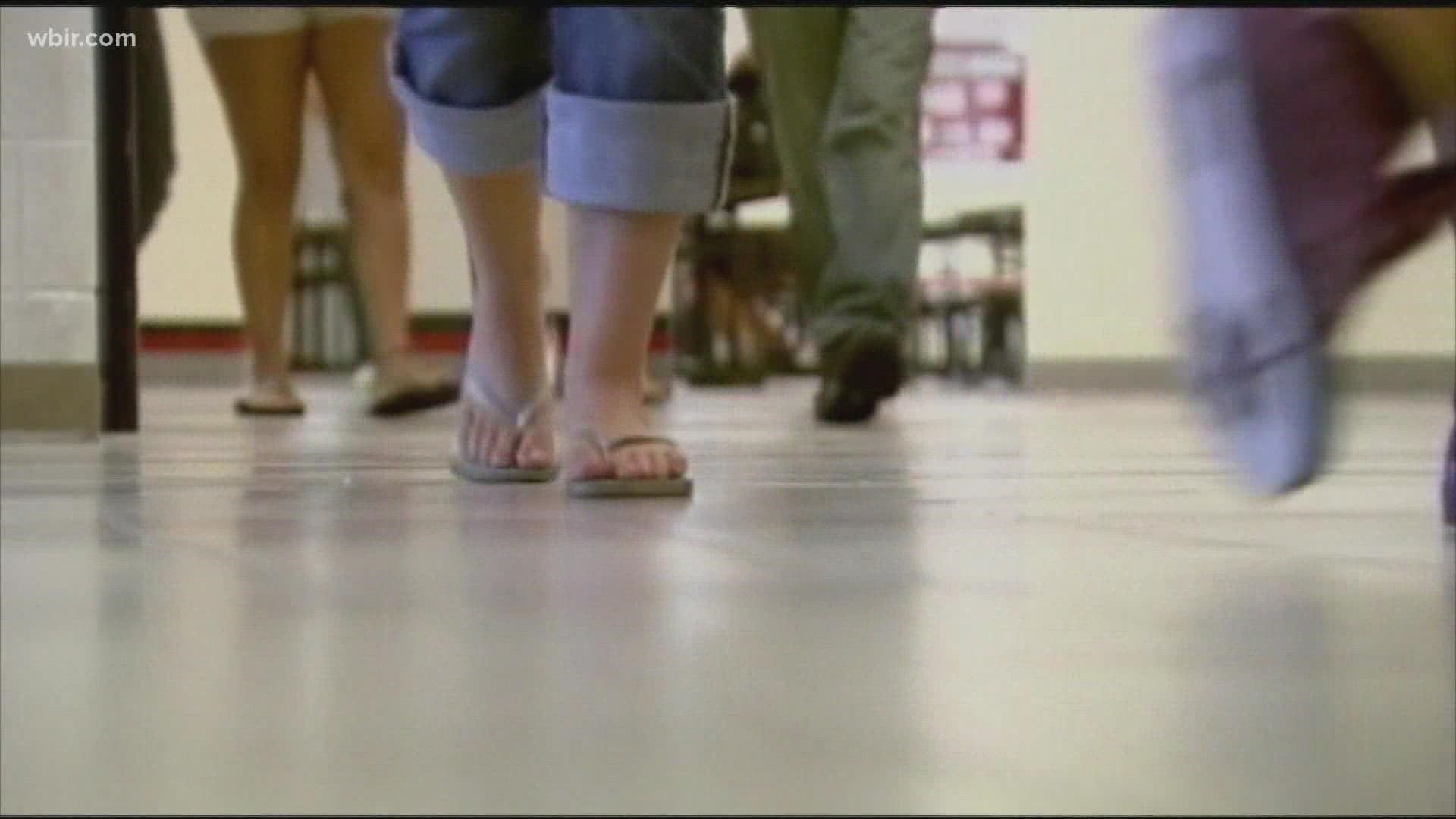 KNOX COUNTY, Tenn — On the first day of school, the Dodd household was buzzing with excitement. Emily and Paisley were returning to class in person for the first time in a year.

It took just two weeks for those feelings to turn into ones of disappointment and frustration.

"We just — naively I suppose — thought everyone's goal would be to keep as many kids in person as possible," Levi Dodd said. "[I thought] they would be pressured enough to take the steps to make that happen."

On Friday, Erin and Levi Dodd decided to withdraw their daughters from Knox County Schools, opting to homeschool them instead. They feel school is no longer safe for Erin and Paisley to attend.

"Our youngest has viral-induced asthma and Levi also has asthma with some diminishing lung capacity," Erin Dodd said. "It became abundantly clear that they were not going to do what it was going to take to keep our children as safe as possible."

Erin said she and her daughters shed tears over the decision to withdraw. They said they love the bus drivers, teachers and cafeteria workers at school, but it was untenable to keep sending them to school.

"For us, it was just a matter of safety," Levi Dodd said. "That's not what we want to do."

He said they will gladly send their daughters back to school if the district takes the proper precautions, like mandating masks and contact tracing. They also hope vaccine eligibility will expand to younger children like Paisley, who is in second grade, before they return to school.

"We want our kids in school. We love Knox County teachers and staff and we believe in them wholeheartedly," he said. "We just feel that they haven't left us a choice at this point."

Emerging science suggests the Delta variant is nearly twice as contagious as previous variants of COVID-19. Erin Dodd said that makes the lack of precautions even more frustrating.

"I would categorize it as just total negligence," she said. "We have 18 months of information this time and we're using none of that."