Five people who've died of coronavirus in Knox Co. were all in a high-risk group

Knox County had not reported a death caused by complications related to COVID-19 since April 8. 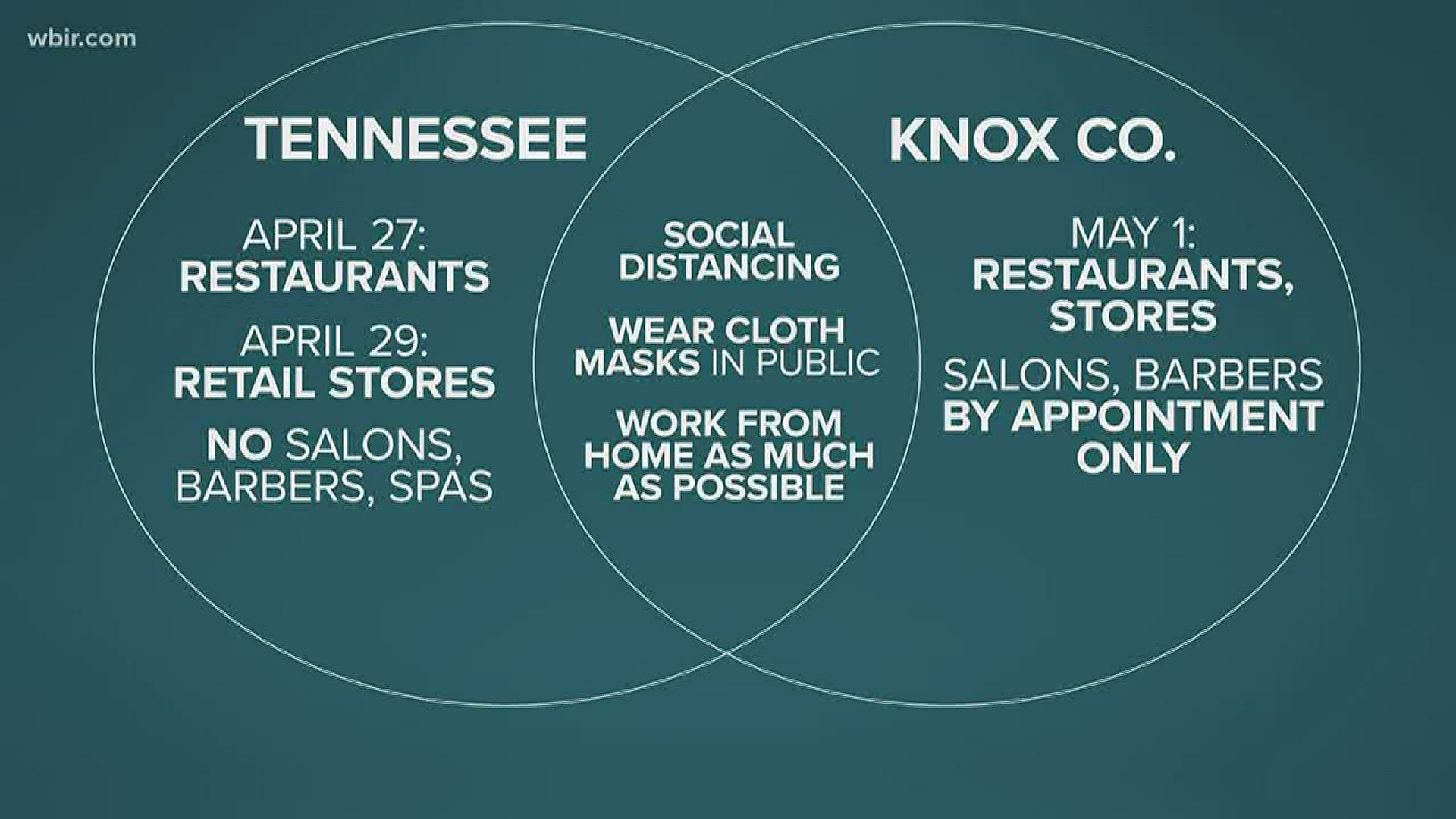 The five people in Knox County who have died from COVID-19 related complications were older or at risk from underlying medical conditions, according to the health department.

The county reported its fifth death on April 28.

Those victims don't represent a "cluster" or pattern of infections, she said.

The Knox County Health Dept. said the fifth victim was an 87-year-old man.

Buchanan said the department extends its sympathies to the families of the victims.

Most Knox County businesses can start reopening on Friday, including restaurants, retail stores, salons and gyms.

Knox County's phased reopening plan is different from the rest of the state because the metro counties with their own health departments were able to make a local plan.

RELATED: Places of worship can open May 1 in Knox County, but it won’t be prayer as usual

RELATED: What businesses opening in phase one of Knox County's plan need to know

RELATED: YMCA of East Tennessee announces it will reopen Friday, May 1

RELATED: Tennessee hospitals to resume some elective procedures Friday; guidance for churches and gyms to come later this week

RELATED: Virus is mostly mild and rarely fatal for US kids, data show