The university booked all 89 rooms at the Holiday Inn Express on Papermill to use as isolation space for students with the virus. 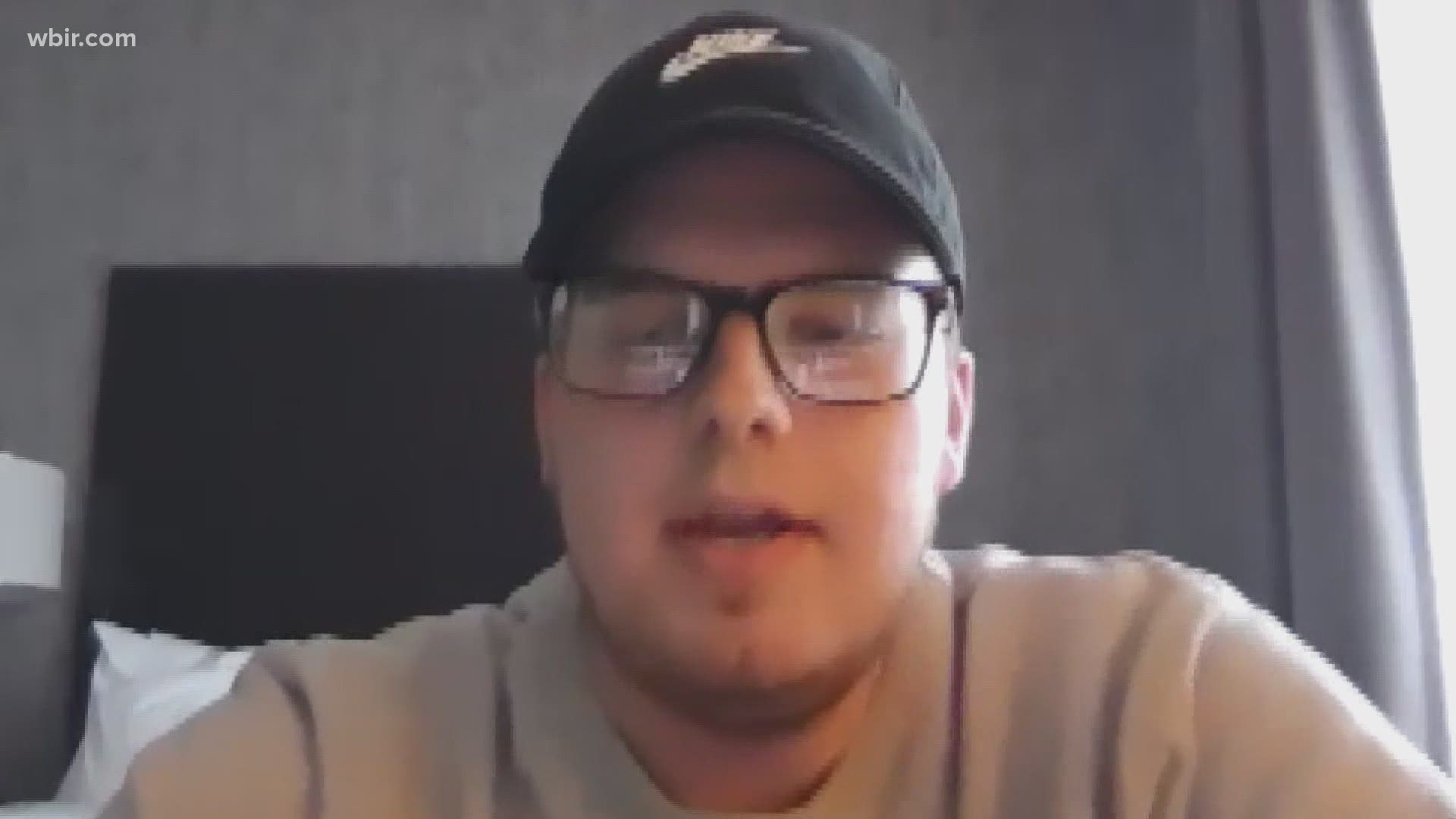 KNOXVILLE, Tenn. — Trent Dickerson does not know where he caught the virus, but he knows where it sent him: the Holiday Inn Express on Papermill Drive.

He's got two beds, a bathroom and a TV on his wall—and he'll stay confined to that isolation room for nearly two weeks.

For the Morristown native and industrial engineering sophomore, it began last week at his Laurel Hall apartment.

"I woke up and I couldn’t taste my morning coffee," he said in a Zoom interview Tuesday. "Soon after, a lot of the other symptoms came on. By Wednesday I was completely in it."

At his worst point, Dickerson said he had trouble finding the strength to get out of bed.

Now, he's back to feeling about 80% normal, but he'll remain confined to the room until next Wednesday.

"The only time that I leave the hotel room is when I go pick up lunch and dinner when that is delivered from UT," he said. "And I just go down the elevator and straight back up."

He said he's grateful for the food, because otherwise he'd be ordering delivery on his own.

Dickerson has managed to move smoothly to virtual classes, helped by the pandemic-era version of bumming notes from a classmate.

"We have these groups called 'zoom buddies.' If we're missing class for the day, our 'zoom buddies' have to start a Zoom for us, and we have to log on to it so we can listen to the lecture."

But isolation can be lonely. Dickerson said he's thankful for friends who check in with him frequently.

Some of the meals served in UT's isolation hotel

Some of his friends have developed symptoms of the virus in the days after he went into isolation. He said he's offered "profuse apologies" and tips on how to ease into isolation.

While he waits out his time at the Holiday Inn Express, Dickerson said he's focusing on introspection.

"It could suck that I'm here alone for 14 days, but at the same time I'm going to try to make the most of it," he said.