From the bowels of UT, scientists track the spread of COVID on campus

The university's three-pronged approach to testing starts with wastewater but could delay isolation of cases. 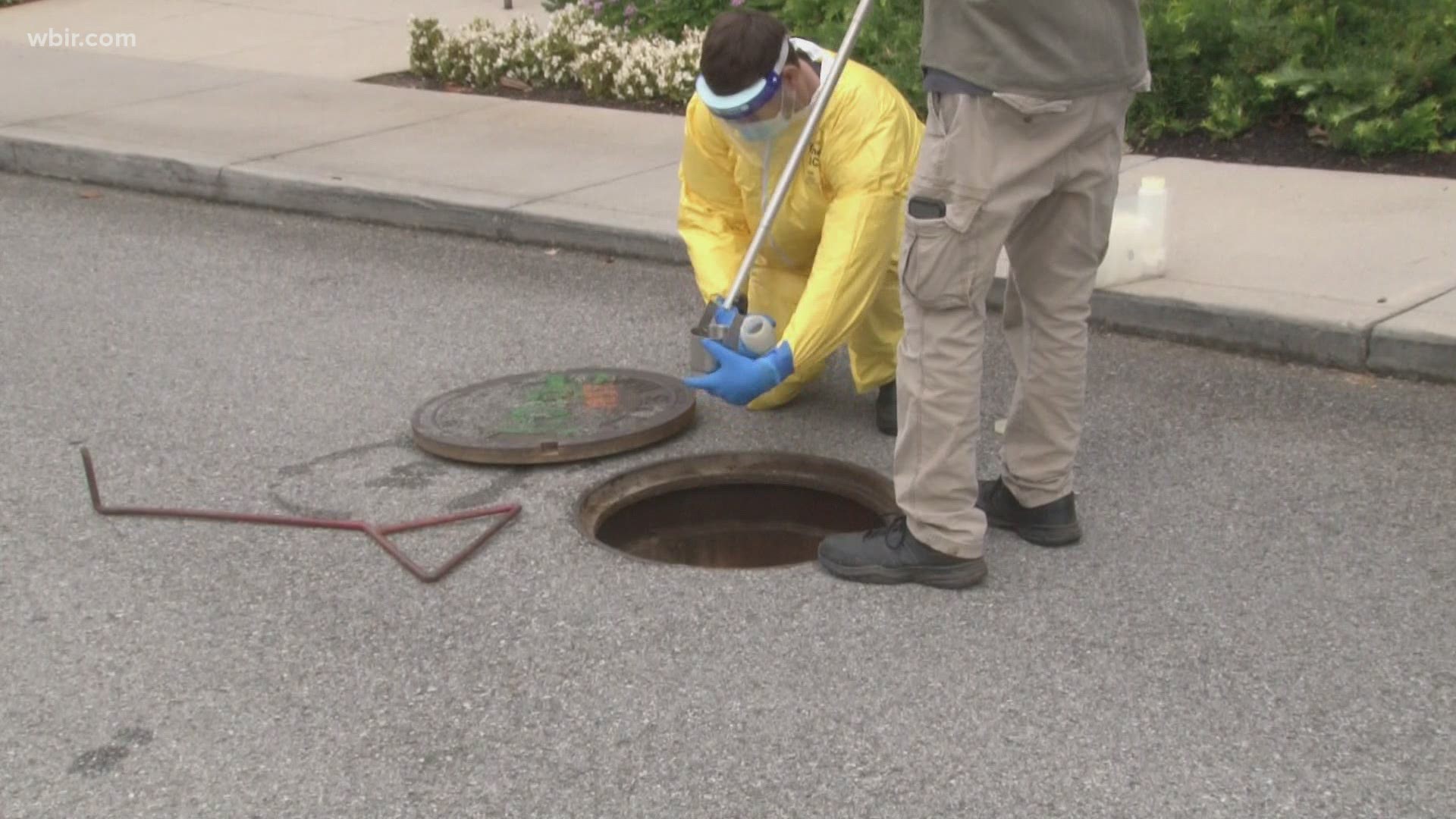 KNOXVILLE, Tenn. — As students left their University of Tennessee sorority houses Wednesday morning, a man in a yellow hazmat-type suit in the middle of the street blocked the way to class.

From inside an open manhole cover, the worker pulled out a cup of brown liquid and transferred it to a plastic container: it's sewage, part of the university's wastewater testing plan.

That additional testing will begin with pooled saliva tests, overseen by UT Microbiologist Frank Loeffler. Students in targeted areas will be asked to spit into a tube, which will then be combined with four other student's saliva and tested as a group.

If anyone in that group has the virus, it will show up in the pooled testing and all five students will be asked to get a traditional COVID-19 nasal swab test.

The "systematic surveillance" program is designed to target areas where the virus is spreading, but it could result in delays isolating positive students and tracing their contacts.

10News uncovered records Tuesday which indicate the Student Health Center is conducting far fewer tests than it is able to—and administrators said they fear students are avoiding getting tested.