Lee wants everyone to stay at home unless absolutely necessary. 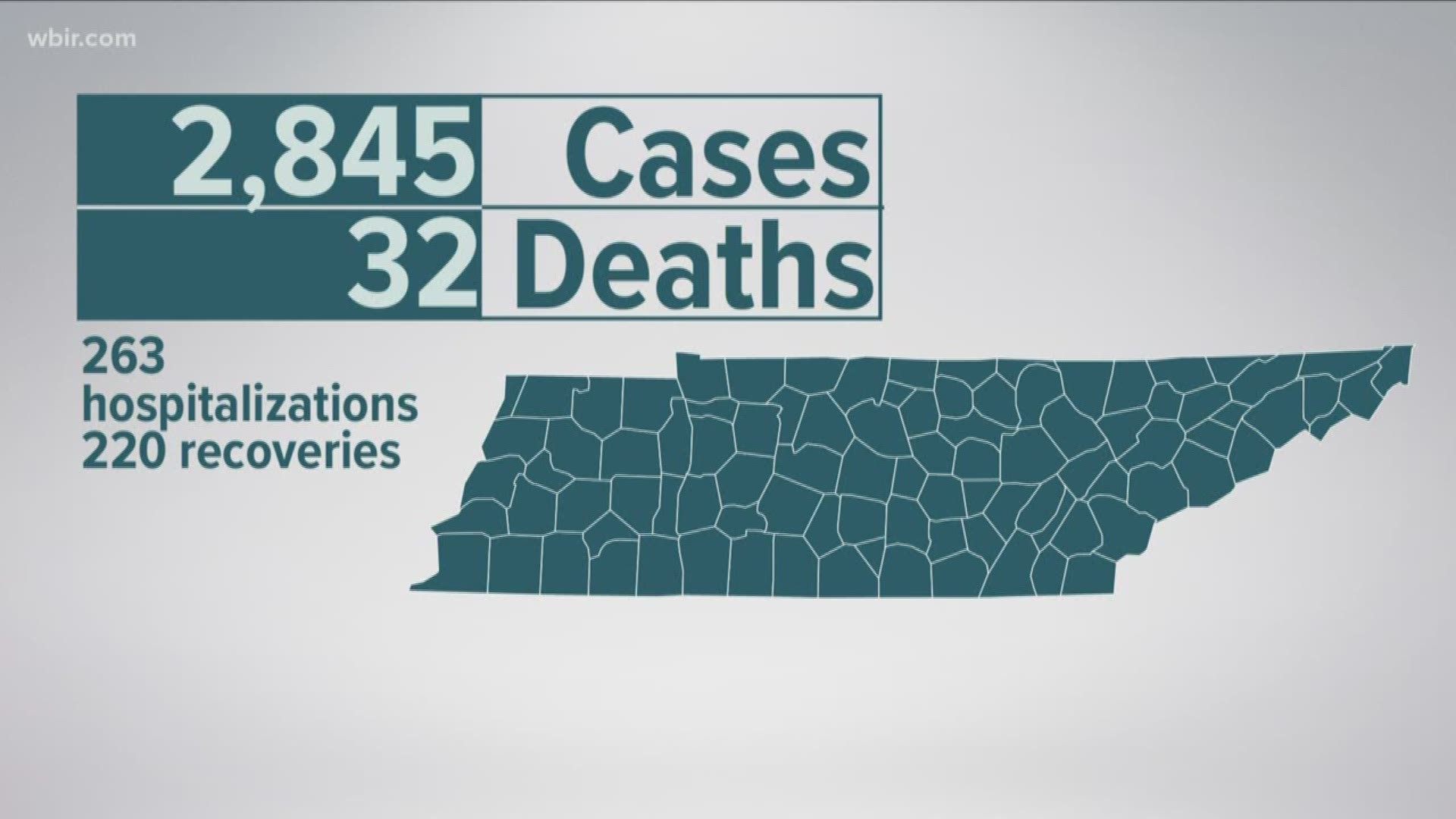 Tennessee's governor is ordering everyone to stay home unless they absolutely have to.

Gov. Bill Lee signed Executive Order 23 on Thursday. He said he wanted to take more steps to ensure residents stay in place and help prevent the potential spread of the coronavirus.

"April stands to be a very tough month for our state," he said Thursday at an afternoon media briefing. "COVID-19 is an imminent threat. We need you to understand that staying home isn’t an option, it’s a requirement for the swift defeat of COVID19 in Tennessee."

Governor Lee's new order doesn't just request people stay at home — it requires it unless they're carrying out essential activities. The list of essential activities and businesses has not changed from his initial 'safer at home' order, which means you can still go for a walk outside with your dog, go to the grocery store and get take out as long as you continue to practice social distancing

The Stay-at-Home order is stricter than the Safer-at-Home order, but not quite as strict as a Shelter-in-Place order. The latter could restrict access to city parks and public spaces, only allowing for the most critical activities.

Lee also announced the Knoxville Expo Center on Clinton Highway would be used as a spillover center — if needed — for COVID-19 patients who don't require hospitalization. Several other similar centers are being set up in the state, including one at the Music City Center in Nashville.

New numbers show the state's death count from virus complications is 32 and there are 2,845 positive cases. That's up from 24 deaths reported Wednesday and 2,683 cases.

RELATED: What essential businesses are still open amid the 'Safer at Home' order?

“Over the last few weeks, we have seen decreases in movement around the state as Tennesseans socially distance and stay at home,” Lee said. “However, in recent days we have seen data indicating that movement may be increasing and we must get these numbers trending back down. I have updated my previous executive order to clearly require that Tennesseans stay at home unless they are carrying out essential activities.”

Lee had previously urged people to follow "safer at home" guidelines. Thursday, he said people are not staying in place as much as officials hoped.

The governor's office said safer-at-home measures helped cut down on travel in the state, but "data beginning on March 30 indicates travel is trending upwards, again."

"People are ignoring the orders. It's dangerous, it's unacceptable, and it's a threat to lives in our community," he said.

Lee said law enforcement are being given guidance on how to enforce the new order, and businesses are being told to "act responsibly and not put public health at risk."

The Morristown Police Department announced Friday it would help enforce the order through warnings and even misdemeanor charges. On a first violation, MPD said it would explain the order and ask for voluntary compliance.

"If the person still refuses to comply, depending on the violation, they could be charged with a Class A or Class B misdemeanor under state law," MPD wrote in a press release.

Knox County Sheriff Tom Spangler and other agencies said they have not received guidance as of Thursday evening, but said when they do they will review the order and provide the public with information on what roles they will have in enforcing it.

Knoxville mayor Indya Kincannon said it's a "necessary measure to help protect lives in Tennessee." Knox County Mayor Glenn Jacobs said he cannot applaud any government monitoring the movements of its people, but also said that Knox County will comply with the executive order.

Both mayors along with the health department will meet with the governor on Friday to discuss the order in more detail.

In order to address the possibility of cases surging to the point hospitals begin to overflow, the state is partnering with the U.S. Army Corps of Engineers to increase patient bed capacity by another 7,000 beds.

The Army is identifying and planning to temporarily convert large spaces across the state such as the Music City Center into alternative healthcare facilities for COVID-19 patients to relieve the burden on hospitals.

RELATED: Here's when COVID-19 could peak in Tennessee and Kentucky

In East Tennessee, Lee said the Knoxville Expo Center has been selected as an alternate healthcare site, should hospital bed shortages occur and cases overflow from hospitals' original capacity. Lee said he would be meeting with Knoxville leadership Friday to discuss plans on adapting the center.

The Music City Center in Nashville will also be transformed for those who need care, but not those in critical care. Lee said the facility would only care for transferred COVID-19 patients to ensure hospitals can better treat the most critical patients.

"It's not just finding capacity for this, but building out support services — furniture, supplies, support and staff —  to provide the utmost care in an event of a surge," Lee said.

Lt. Col. Sonny Avichal of the Army Corps of Engineers said the designs will be delivered in a short period of time. He said it will happen in four phases — from design, building up and adapting the facilities, supplying the facilities and staffing them.

When asked about enforcing his order, Lee said local law enforcement agencies are empowered to respond as they see fit. Lee said most Tennesseans already are complying with previous orders to keep to their homes unless necessary.

But everyone in the state needs to do it, he said.  The more people can keep their distance and help prevent the spread of the virus, the quicker the state can get ahold of it.

"We’ll watch this over the weekend and take appropriate steps," he said.

If an employee sees something he or she thinks is wrong at their workplace, they should notify Human Resources so that it can be dealt with, he said.

"If an employee feels like they're not in a safe environment, certainly the employee should take appropriate steps," he said.