More than 17 percent of tests in the county were positive over the past week, state data shows. Graduation and prom are still scheduled for this week. 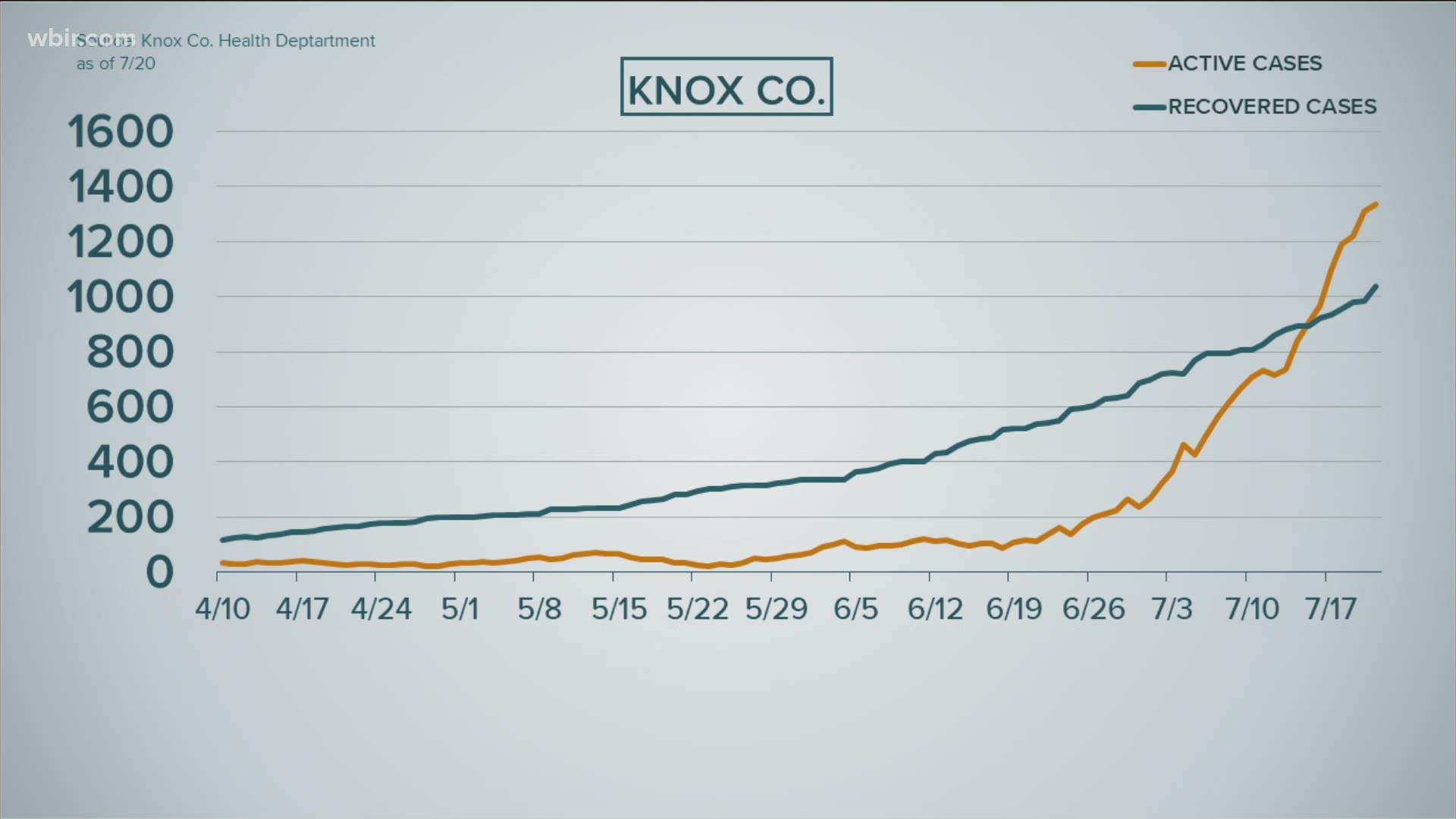 The county had 78 new cases of the virus Tuesday, according to data from the Tennessee Department of Health. The previous single-day record was 40 new cases set at the beginning of the month.

In a letter to parents, Hamblen County Schools Superintendent Dr. Jeff Perry said the total number of people sick is equal to about one percent of the county population.

"We are concerned about the rapid increase in positive cases," Perry said. "In response to the significant increase in cases, we will require that all students in grades 3–12 wear a mask unless they have some type of medical or physical condition which would prevent them from doing so."

Teachers will also be required to wear face coverings.

Still, the district plans to hold graduation ceremonies Thursday and Friday nights at its two high schools. Each graduating senior is allowed up to four guests. Perry said this could mean 1,200 people will attend ceremonies at the school football stadium which can seat around 3,000.

A Georgia Tech model predicts gatherings of 50 people in Hamblen county have a 90 percent probability of resulting in exposure to the coronavirus. In gatherings of more than 1,000, the likelihood of someone having the virus increases to more than 99 percent, the model said.

RELATED: "They step up to the plate" | Hamblen County principals praising teachers for increasing workload

The class of 2020 will also hold prom this weekend with live music. However, school regulations indicate no dancing will be allowed. There will be temperature checks and hand sanitizer available.

Masks are not mandatory.

In the latest numbers from the state, there are 726 total cases of the virus in Hamblen County. Active cases amount to 284 with 448 recoveries and 48 hospitalized at one time during their illness.