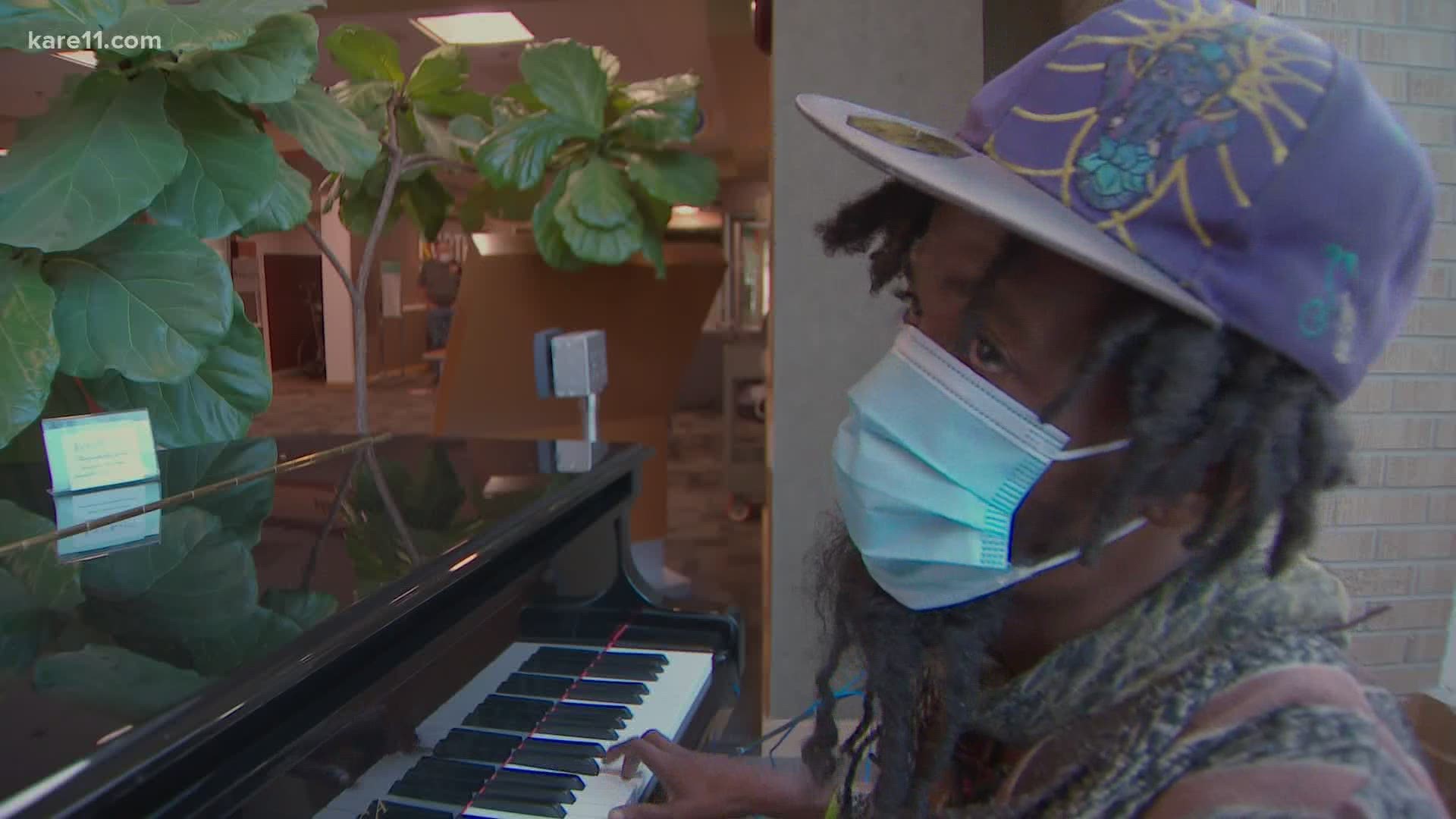 For the past week-and-a-half, they’ve had help.

“He asked if he could play the piano and I said yes,” Teresa Heifort, who works behind the admissions desk, says.

A few feet away, a slender man in dreadlocks wearing a pair of hip waders guides his fingers across the keys on a baby grand piano.

“He usually stops every day to play music,” Teresa says. “It’s so soothing.”

“I learned how to play after I started playing guitar,” he says softly.

Chris is homeless. For the past few days he’s been sleeping under a bridge near the hospital, awaking each morning to visit with his girlfriend, Lauren Ironhawk.

Lauren was just discharged from the hospital, and now sits near Chris in a wheelchair, listening to him play.

“We take care of each other,” she says.

The pair was hitchhiking from Montana to Boston when Lauren began feeling ill. She thought she might have COVID-19, but learned at the hospital she was suffering from a blood infection.

Chris rarely gets access to a piano. Then, his guitar was stolen on the road. So, the baby grand in the hospital atrium is a treat.

And not just for Chris.

During COVID-19, LaToya has been taking temperatures near the hospital entrance to make sure visitors are safe to enter.

Chris’ music fills the air around her.

“My brother just passed, so hearing the music helps me,” she says. “And I know it helps others.”

“We are so honored with your gifts,” she tells Chris as he continues to play.

“Wow, thanks,” he says, stopping to open the present.

North Memorial CEO Kevin Croston M.D. stands watching Chris playing. “We embrace those folks that come in and make a difference, and you can find it from anybody if you look," he says.

The hospital’s social work team got to work trying to find resources to help Chris and Lauren, while Hanson and Croston extend an offer.

“You have access to this piano anytime you want,” Croston assured Chris.

Minnesotans mark signing of Americans with Disabilities Act, 30 years ago this week