On Wednesday, Knox County Board of Health Members confronted Mayor Glenn Jacobs over a 'threatening' video. He said it wasn't meant to attack them. 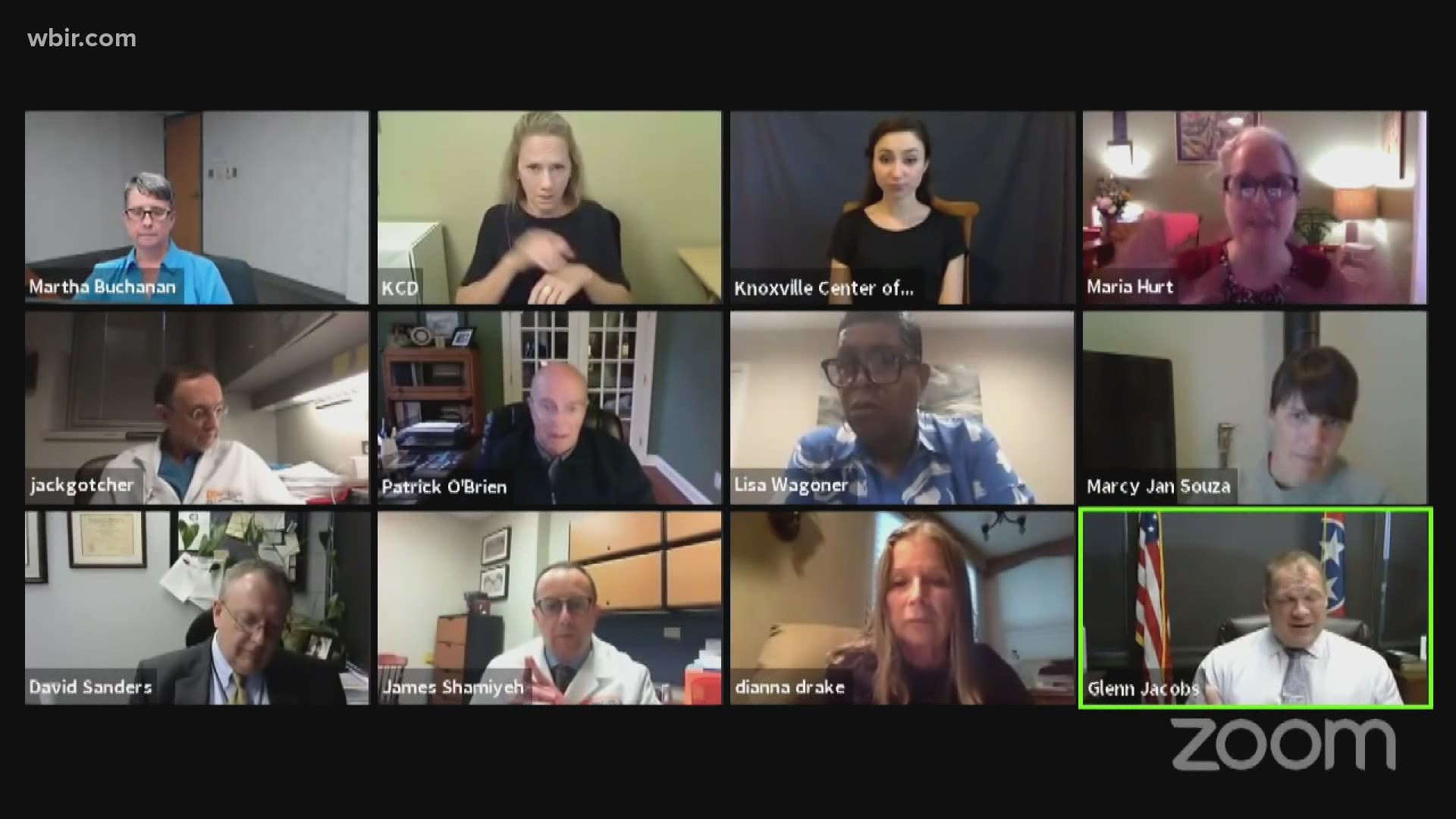 KNOX COUNTY, Tenn. — On Sept. 16, Mayor Glenn Jacobs ended the Board of Health meeting by thanking the members for all their hard work.

But two days later — that Friday — a controversial video featuring the mayor's narration was posted online by the group "Freedom Forward."

"I saw this video and it disturbed me. It disheartened me. It hurt. We are volunteers, we are the people,' said Patrick O'Brien, a board member. "As a military officer who has sworn to serve this country, I felt threatened by what I saw."

Mayor Glenn Jacobs said that video was never intended for social media. Instead, he said he wrote it along with State Rep. Jason Zachary and The Bed Store owner Roger Cunningham.

It was supposed to play at a private meeting, though the details of that are unclear. Neither event organizer Roger Cunningham nor Rep. Zachary have responded to messages from 10News.

"The group was encouraged to get involved with local government – not advocate against the Board of Health," Jacobs said in a statement. "I am not directly involved in Freedom Forward. I was invited as a guest."

The video features Jacobs speaking about the coronavirus pandemic and regulations to contain it across the U.S. with images of fire, violence and police sirens accompanying his speech.

"Today, this foundation [the U.S.'s values] is once again under attack — from some ominous enemy abroad and sinister forces within," he said in the video.

He also said that un-elected bureaucrats create policies "with no accountability and no recourse."

Jacobs said his understanding is that Citizen Advertising filmed and produced it at no cost. He said he has not considered stepping down from the board.

"Each of us took solemn oaths to protect our patients, when we entered healthcare," Hurt said. "We did not create the pandemic. Pinning us against people creates the imagery that we are not on the side of the people we are trying to protect."

Andrew Quarnstrom, president of the National Association of Local Boards of Health, said they've been thrust into an unusual public spotlight amid the COVID-19 pandemic.

"Although we're making decisions to ensure we keep our community safe, some of those decisions aren't popular," he said. "To my knowledge, I don't know of any elected board of health position."

He said they've got a tough job in front of them, but have to trust the science and data. For the most part, Quarnstrom said, most people have been supportive of their local boards.