'I wish he'd reconsider' | Knox Co. Board of Health frustrated by sheriff's lack of enforcement on public health regulations

Knoxville businesses that do not comply with public health regulations could lose their beer licenses. Those outside city limits face no repercussions. 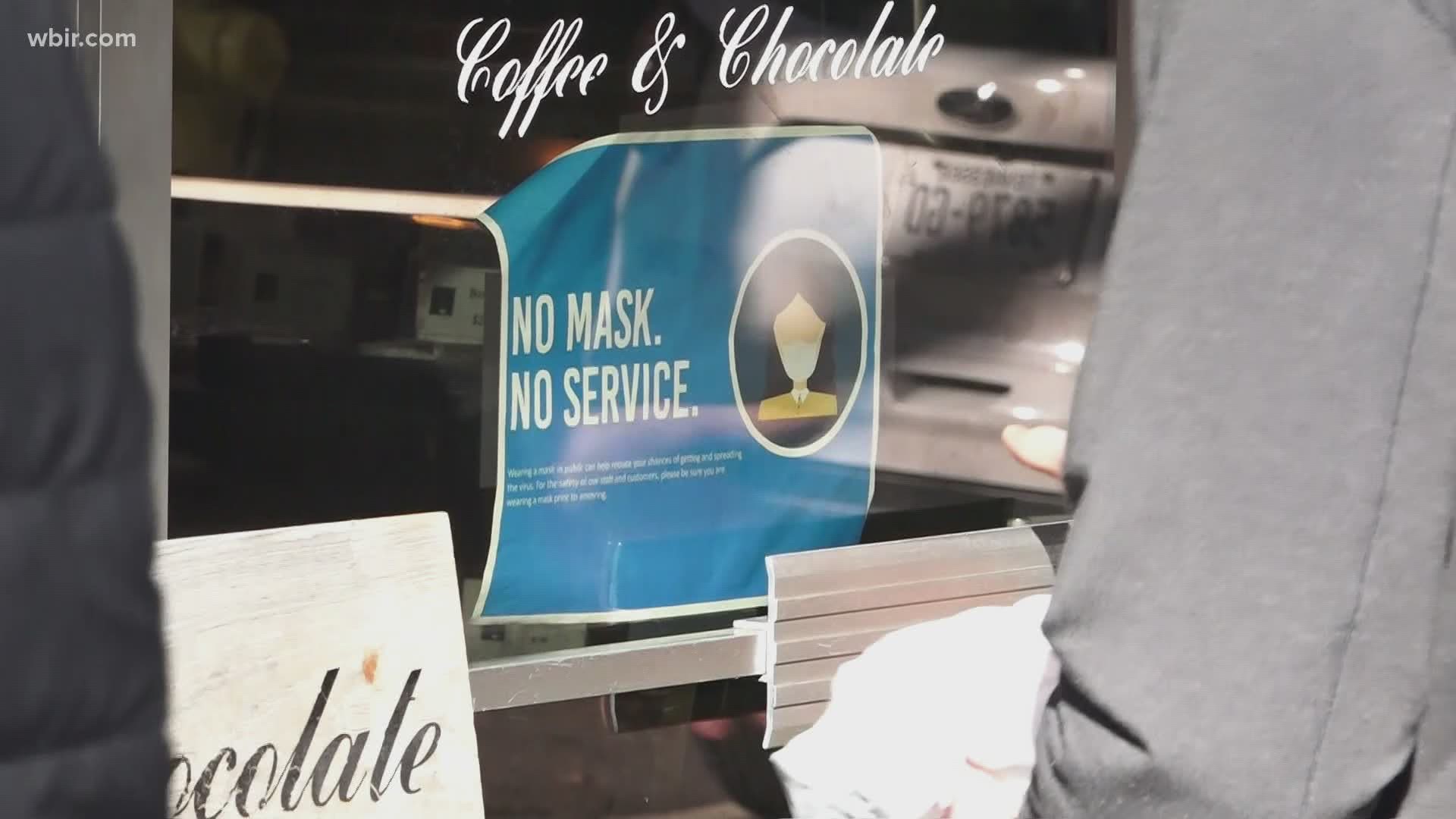 Current hospitalizations for the virus are at their lowest since late-November. Active cases have declined by nearly 50 percent since Jan. 11.

"The hope is that, yes, we may be getting better," said Dr. Patrick O'Brien, who sits on the Knox County Board of Health. "But, that still means we need to really double down and do the five core actions."

The Board of Health has passed a series of COVID-19 regulations to help slow the spread. Those include limiting capacity at "all restaurants, bars and similar food and drink establishments" to 50 percent of occupancy, keeping six feet between parties from different households and closing to on-premise consumption at 10 p.m.

"We're trying to make a difference right now in the community and trying to get this thing taken care of," Dr. O'Brien said. "[We need to] wear masks and socially distance until we get through all of this, and it's gonna be several more months to get that done."

A spokesperson for the Knoxville Police Department said the "vast majority of businesses have remained compliant with the Board of Health curfew without the need for law enforcement intervention of any kind."

The two businesses that have repeatedly violated the curfew ordinance — Paul's Oasis and Billiards and Brews — face suspension of their beer permits.

Outside city limits, however, there are no repercussions for businesses that do not abide by public health regulations.

"The sheriff has not decided at this point to enforce a constitutional public health regulation," said Dr. O'Brien. "I wish he would reconsider."

Dr. O'Brien said the board has sent emails directly to the sheriff, as well as messages through intermediaries.

"The attempted conversations have not occurred," he said. "I also think that enforcement should be only in egregious, really bad circumstances. When you have large gatherings, concerts, staying open late, that meets that criteria."

At the beginning of January, the Cotton Eyed Joe hosted two large concerts with little to no mask-wearing and no social distancing, in direct violation of county COVID-19 regulations.

On Saturday, the Cotton Eyed Joe hosted Mitchell Tenpenny for yet another concert that conflicts with public health guidelines.

"I understand the financial pressure, but hosting and attending large indoor gatherings is immoral and illegal," said Ani Roma, another member of the Knox County Board of Health. "This pandemic has killed members of the Sherriff's Office family, our healthcare workforce, and hundreds more in Knox County and events like this will likely result in more deaths and long-term health consequences."

A risk calculator tool from researchers at Georgia Tech University showed a gathering of 500 people in Knox County has a 99 percent chance of having a COVID-19 positive person in attendance.

"I stand with our citizens and business owners who continue to make sacrifices for the benefit of our community well-being," Roma said. "I appreciate our brave healthcare workers, who continue to risk their own health and lives for others every day."

A spokesperson for Mayor Glenn Jacobs said enforcement does not fall under his role as the county mayor or a board of health member.

A spokesperson for the Knox County Sheriff's office did not respond to multiple requests for comment on the lack of enforcement within the county's jurisdiction.

Chuck Ward, the owner of the Cotton Eyed Joe, did not respond to a request for comment after Saturday's Mitchell Tenpenny concert.

In early January, Ward told 10News that it's a business and they're trying to stay alive.