An Oak Ridge woman is urging people to wear masks in public after COVID-19 infected her son, her husband, her father, and herself despite taking full precautions. 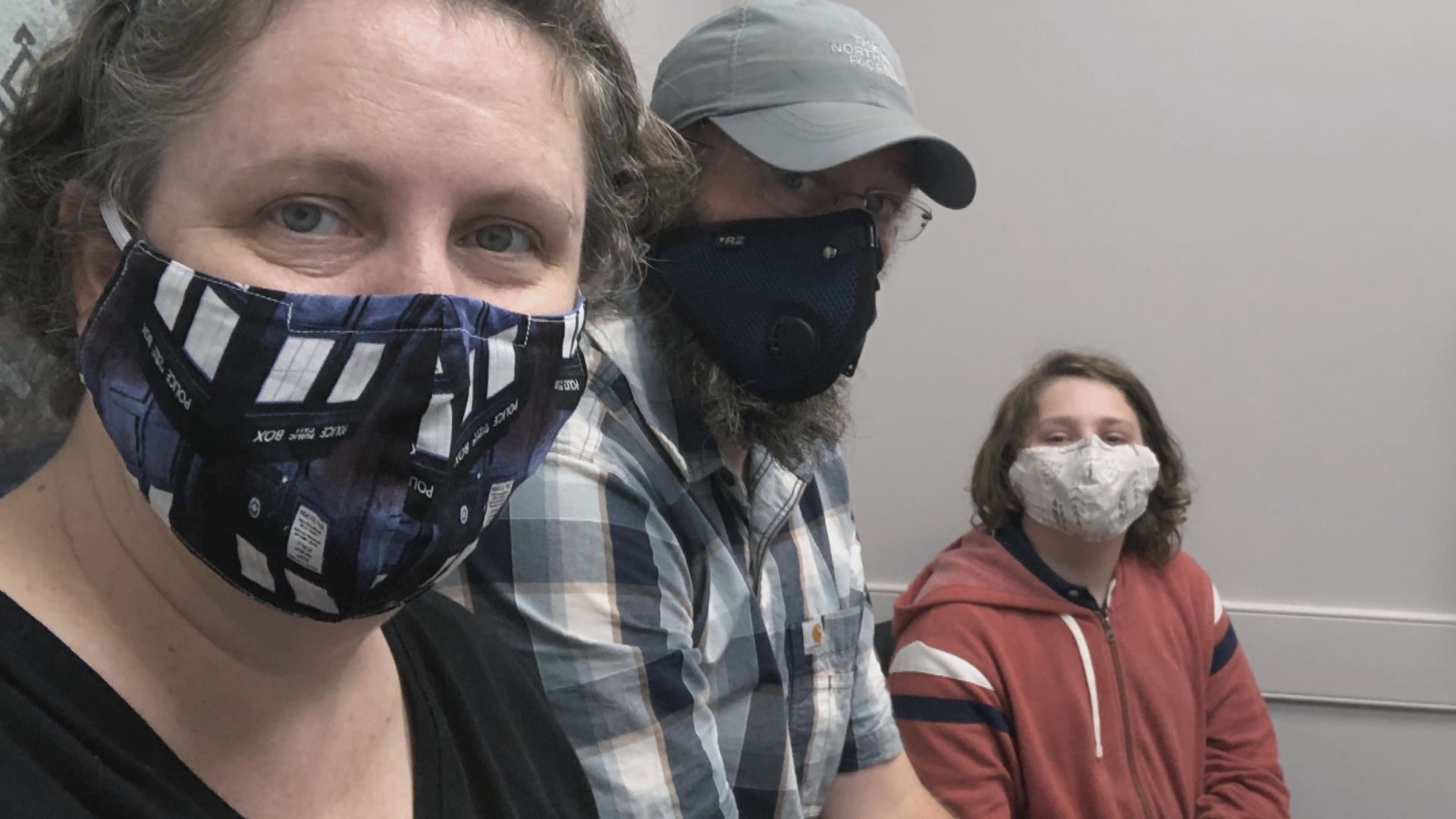 OAK RIDGE, Tenn. — An Oak Ridge woman is pleading with people to wear masks in public after COVID-19 infected her along with her husband, father, and son.

Emily Smartt said her entire family has gone above and beyond to follow health guidelines. They frequently wash hands, keep their distance, and always wear masks in public.

Despite all the precautions, last week her entire family tested positive for COVID-19.

"I truly believe if everyone had been wearing a mask [in public], we wouldn't have it," said Smartt. "I have asthma and I know we did everything possible. We were extremely cautious."

Smartt said she feels confident her family contracted the virus during the last week of June. They were tested in mid-June and results were negative. Then her father in Clinton did not feel well and tested positive June 29.

Credit: WBIR
Emily Smartt during a Zoom interview from her home in Oak Ridge.

"If we didn't realize that he had tested positive, we wouldn't have been tested for probably several more days because our symptoms were very mild. And we would have been going about our lives exposing a lot more people to the virus," said Smartt.

It took several days for Smartt to feel sick after testing positive. She still finds it startling to know how long she was infected and contagious without showing symptoms.

"The thing I would urge people to understand is you won't know you have it until you've exposed other people," said Smartt.  "Even though I always wore a mask and kept my distance, I keep thinking about everybody I saw at work. I think of everybody I saw at the gas station. I went to the grocery story to pick up groceries.  All those people. What if someone dies because of my not knowing and being out there? I took all the precautions, but the guilt is still very real."

The symptoms for the Smartt family have varied. She said no one in her family has had a fever more than 99 degrees. She is the only family member to lose her sense of smell and taste. Their coughs have been mild.  Her 12-year-old son shows almost no symptoms.

As for the adults, Smartt said the virus "is worse than a bad flu."

"It is miserable. You do not want this. I would rather have the flu. This is definitely worse. There are times when I can't even hardly move. The fatigue is extreme. The consistent symptoms are major head congestion and pressure, severe headache, and body aches. I hurt all over in my muscles and joints. My head hurts. I am a knitter in my spare time, and I don't even have the energy to knit," said Smartt.

Smartt said many people minimize the virus discussing its low mortality rate in Tennessee, but overlook the physical and financial pain it can cause neighbors and loved ones.

"If you get this, you cannot go to work. It hurts businesses. It hurts your ability to provide for your family. And if you're lucky, you won't have many symptoms. But that does not mean it won't be terrible for whoever you pass it along to. This is not something you want to give your family, neighbors, or anyone you love," said Smartt.

Smartt said she spent the last few months focusing on what she could control. She and her family took all the precautions. She did not make what other people do in grocery stores or other public places her business.  Now, she takes it personally when people refuse to wear masks in public places.

"I get pretty upset. Especially now. In terms of people not taking the mask thing seriously, honestly, I think it's very selfish," said Smartt.

Smartt urges people to consider the risks of being wrong.

"Because if I'm wrong, I'd rather be wrong and save lives than be wrong and risk lives," said Smartt. "The mask doesn't stop you from getting it. It limits how much germ goes out into the world if you're infected. I ask people to think about their family, their friends, the people they care about. If you're not going to wear a mask because of your own freedoms, wear a mask for them."

Smartt's family plans to quarantine for a couple of weeks before testing for COVID-19. She said they will follow CDC guidelines and test negative twice before going back into public.

RELATED: July 6 - Getting you back to school: Your school district's plans for the fall

RELATED: July 3 - By the numbers | How COVID-19 is spreading in East Tennessee