Small, local breweries fear they won't be able to reopen after the weeks-long closure in August. They believe they shouldn't be included in the order. 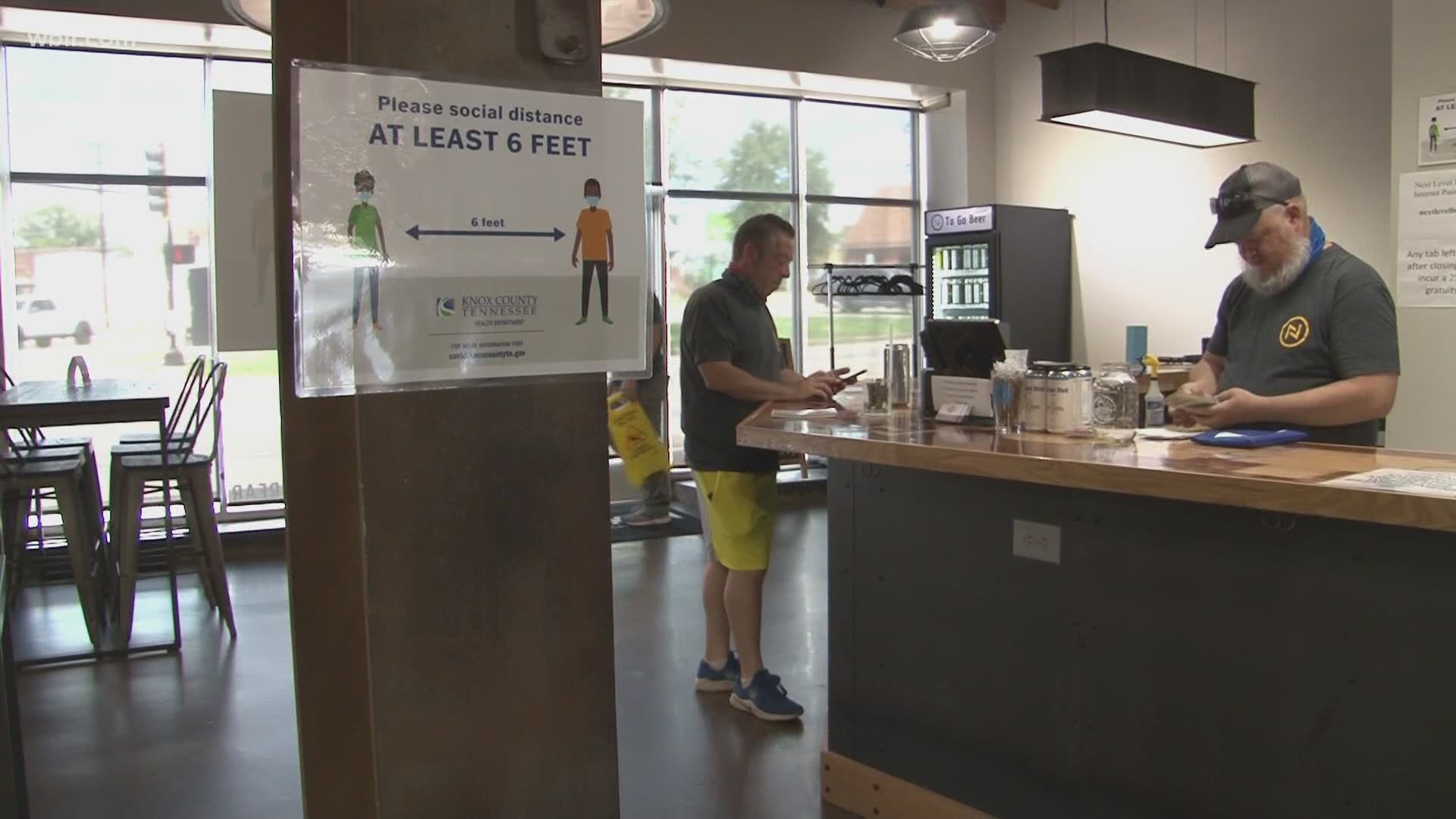 KNOX COUNTY, Tenn. — Knoxville bars and breweries prepared to shut down Monday for at least the next two weeks after the Knox County Board of Health approved the order last Wednesday.

The order is meant to help stop the spread of coronavirus by closing "hot spots" like bars. It lasts from Aug. 3 to Aug. 20, unless the Board of Health chooses to extend the closures.

Small, local breweries aren't happy to be lumped in with the order, they said the term "bars" is a blanket statement that needs to be redefined.

Next Level Brewing Company is one of the multiple craft breweries in Knoxville forced to close its doors yet again for at least two weeks starting Monday.

"For all the small businesses suffering through this, it's a difficult time," Next Level co-owner Rick Cox said.

Next Level opened for business in December 2019, and just when they felt they were getting in the groove, the pandemic forced the brand new brewery to close. The owners saw the importance of closing up shop in the spring, but feel this August closure is unnecessary for them.

"Now, we're shutting down bars for 17 days, so all that's gonna do is just hurt us as small business owners and hurt our small business," co-owner Nathaniel Sears explained.

They've lost sleep knowing the extended closures in the spring and the Board of Health ordered one in August may close the doors for good.

"It's gonna be a big hit to our revenue and our income and whether or not we can continue to stay open becomes a bigger question," Cox said matter-of-factly.

They said they have followed all the social distancing and mask rules and now feel like they're being lumped in with night clubs and college bars when that's not how they operate.

It's a family atmosphere, where everyone stays at their own respective tables. They have an outdoor area, and welcome food trucks to come park out back.

They said they host a different clientele than a bar on Cumberland Avenue or in the Old City would welcome.

"That's like saying Norris Lake and the Atlantic Ocean are the same thing," Sears explained. "Yeah, they're bodies of water, but that's about it."

Dr. Patrick O'Brien, MD advocated for breweries during the public meeting Wednesday. He said they should be exempt from the order.

"You're gonna shut down pretty much all of our breweries here locally and that's something again, I don't know if they are part of a problem for us," O'Brien nodded.

The owners of Next Level agree and want to see that exemption before it's too late.

"If we end up closing, employees lose jobs and those employment numbers continue to rise along with those numbers of COVID cases," Cox said.

In the meantime, Next Level is relying on its handmade craft and to-go beer buys. The owners of Next Level said the Knoxville Brewer's Association is planning to file an appeal with the Knox County Board of Health this week.