For three days and three nights, Scott fought for his life inside UT Medical Center. Now, he's working to regain his strength. 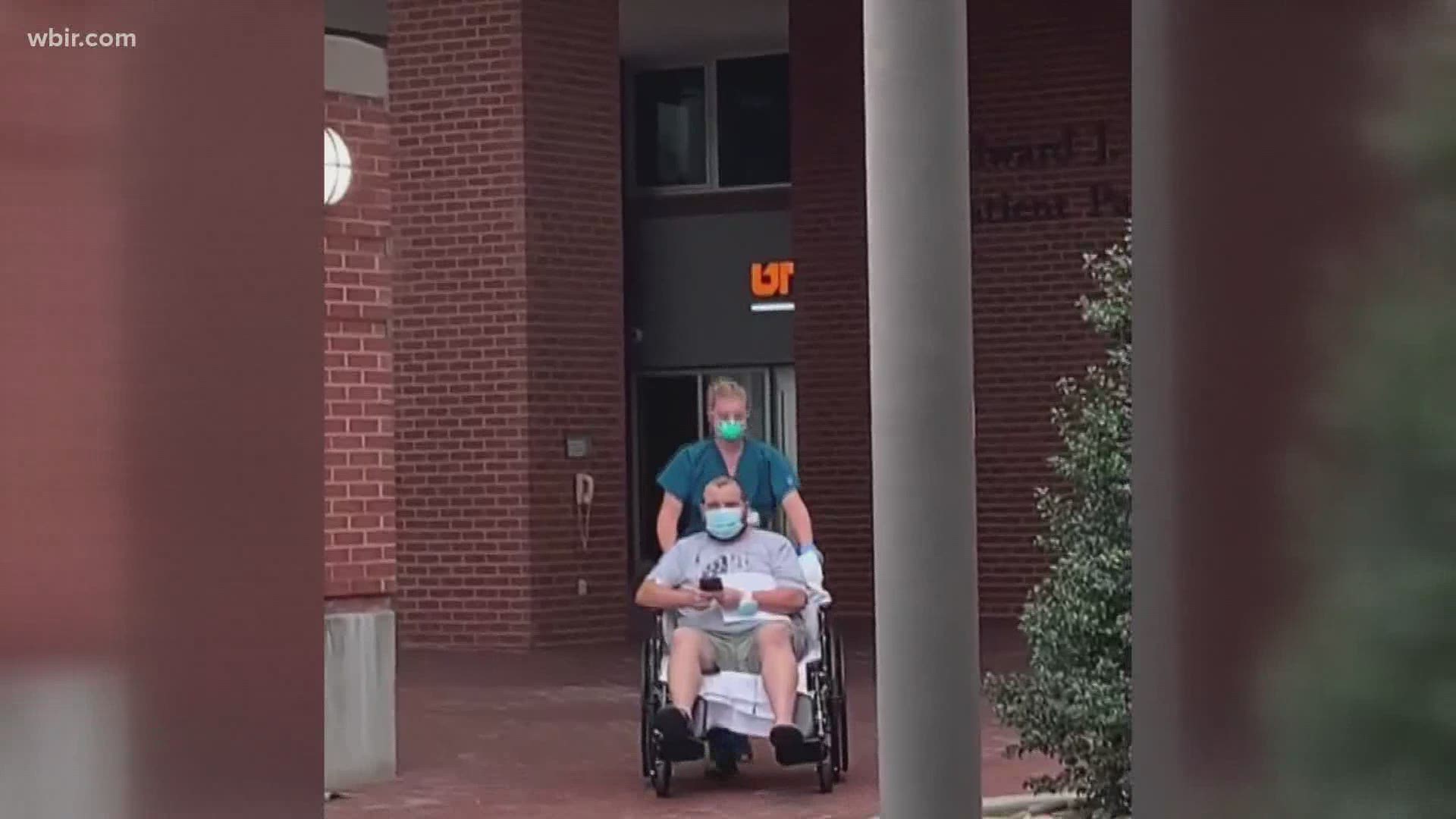 MIDDLESBORO, Ky. — When Becca Brooks learned that she and her family had tested positive for COVID-19, she was shocked.

"Everything just fell out the bottom of me," she said. "We all went to [Tennessee], but we did everything we were supposed to do. We masked. We hand sanitized. We washed. We changed our clothes just as soon as we got in the room."

They got tested for COVID-19 as a precaution upon returning to Middlesboro, Ky. Neither Becca nor her husband Scott had fevers, though they were exhausted.

"We were extremely tired, but we thought we just were tired from vacation," Becca said. "We went ahead and did the COVID testing because just in case we did have it, we didn't want to spread it."

Shortly after their diagnosis, Scott began showing symptoms. While Becca was making breakfast, he slept on their sofa.

As she walked up, she noticed a blueness around his lips and fingertips. She quickly slipped a pulse oximeter on his finger and realized he was low on oxygen.

"It took him quite a bit a while to wake up," Becca said. "I'm a nurse. I've done some things in nursing that you'll always remember, but when you have a family member, it's something you just don't forget."

Their primary care doctor advised her to take Scott to UT Medical Center in Knoxville, where he was admitted as a COVID-19 patient.

For three days and three nights, Scott fought for his life inside UT Medical Center.

"It was rough. This stuff is rough, very lonely because you don't have nobody that can visit you," Scott said. "But UT hospital’s the best. I mean, that’s why we went there... And the Lord brought me out of it for some reason."

Now, Scott is recovering at home, but their battle is still far from over. He said he only has about 60 percent of the energy he used to have, though Becca thinks he has even less.

Becca said she is still tired and experiencing headaches, but the worst part is the isolation.

"Dealing with depression is a big part of this... You don't see your loved ones," she said.

"I'd like to go somewhere, but I'm not going to," Scott added. "I love life and I love people and I’m not going to take that chance."

Despite being cleared by their doctors, they're still worried they could accidentally shed virus to family or friends unknowingly.

They've already lost one friend to COVID-19, Becca said. It's something they take seriously, and hope others will too.

RELATED: 'It's been quite a challenge' | Lakeway Christian Academy starts first school year during pandemic

RELATED: 'She just had that grace': Family mourns 9-year-old Florida girl who died of COVID-19, pushes back on schools reopening