Charity Menefee of the Health Department also said staff have endured verbal abuse from some members of the public. 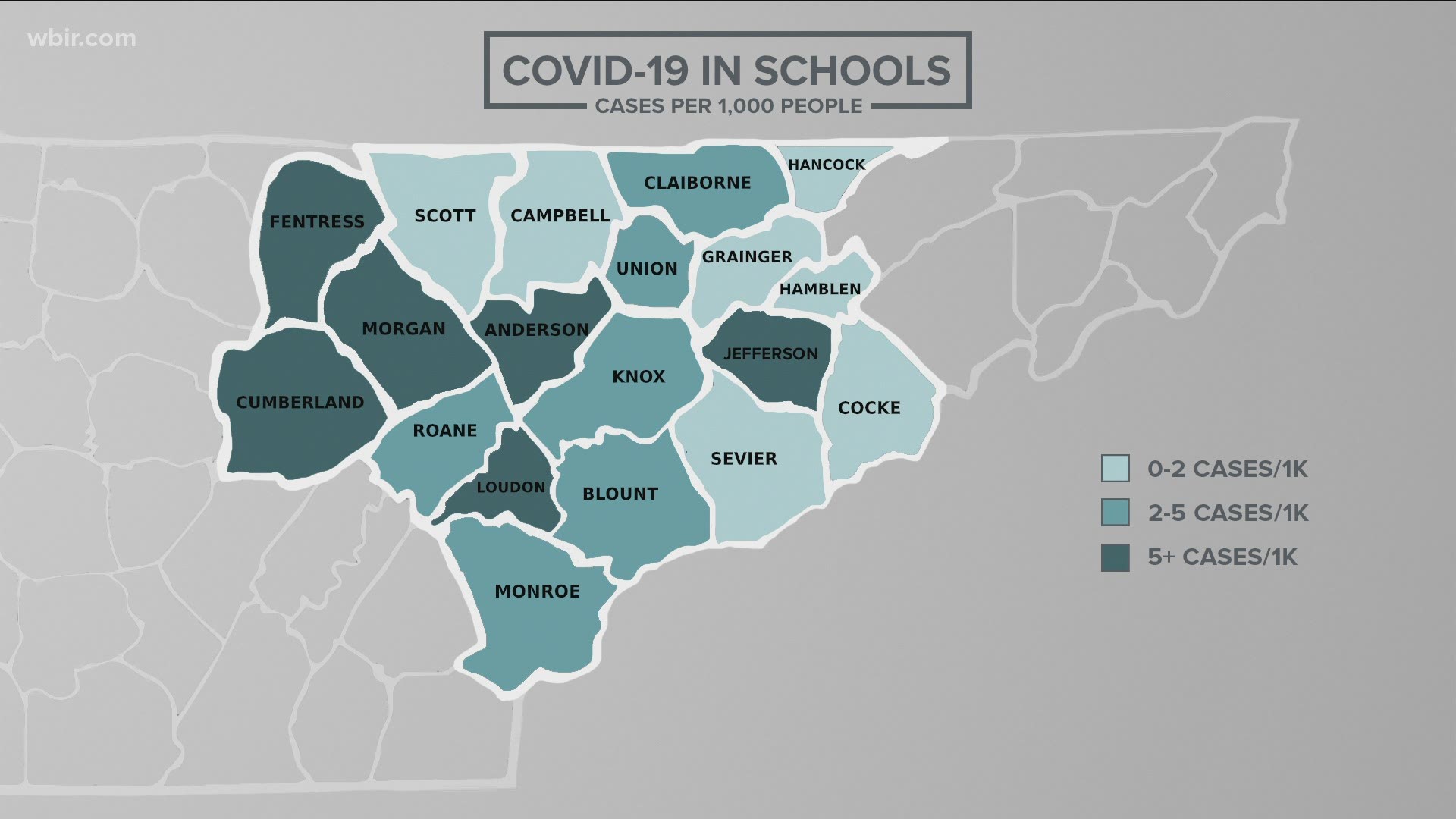 Charity Menefee, director of communicable diseases and emergency preparedness for the Knox County Health Department, said only one of the five benchmarks is green, the positive sign that experts seek. That benchmark tracks the ability of health authorities to investigate cases of exposure.

Lately, there hasn't been a sustained reduction in new cases. Recent infections among people ages 11-20 and 21-30 are driving that indicator, so KCHD rates the new case benchmark as red, meaning progress is not being made and public health adjustments may be necessary, she said.

"It’s really that 14 - 22 year old age group where we’re seeing the most cases," Buchanan said. "You’ll see that the high schoolers are really where most of our cases are in Knox County [Schools]."

As for the community testing benchmark, there's concern that not enough people who likely should be getting a virus test are actually doing so. KCHD rates the testing marker as yellow, a cautionary indicator.

People may be avoiding getting a test, Menefee said. The county offers routine free testing, and tests also are available through health care providers and clinics.

Hospitals are constantly comparing notes on their ability to care for COVID-19 patients. The benchmark for hospital care and capacity as assessed by area hospitals remains in yellow, where it has been for weeks.

At the University of Tennessee, Dr. Spencer Gregg said they have had students hospitalized with the virus.

"To this point, we're aware of two hospitalizations of students," he said. "Certainly, there could be more."

UT Knoxville only knows about hospitalizations if a student self-reports that information. Otherwise, they are not able to keep track, said Dr. Gregg.

Lisa Wagoner, who represents Knox County Schools on the Board of Health, said she is not aware of any KCS students who have been hospitalized with COVID-19.

One staff member was hospitalized back in July, Wagoner said, but has since recovered.

The last category addresses deaths among residents in the county. On Thursday, the county reported an additional COVID-19 related death, bringing the total to 68 since March.

There've been 11 deaths this month, Menefee said. The benchmark for the death rate is at yellow.

Over the summer, benchmarks have improved and then worsened.

Menefee said Thursday it's also been challenging for Health Department staff at times because of the abuse they're seeing from the public. Staff members have to reach out to the public, for example, to identify people have may have been exposed to the virus and to enforce local regulations.

They've encountered more of "an undercurrent of anger and just being hateful" from some in the community, she said.

Most folks are easy to work with, but others are difficult, she said.

Some people say vicious and hateful things to staff members, Menefee said. If you can imagine the worst, she said, they've probably heard it.

"It's challenging because this is day-in and day-out and it doesn't stop," she said.

The staff doesn't want to complain, she said, but they're trying to do their job.