The department released current ratings for five health markers including testing and the virus death rate. 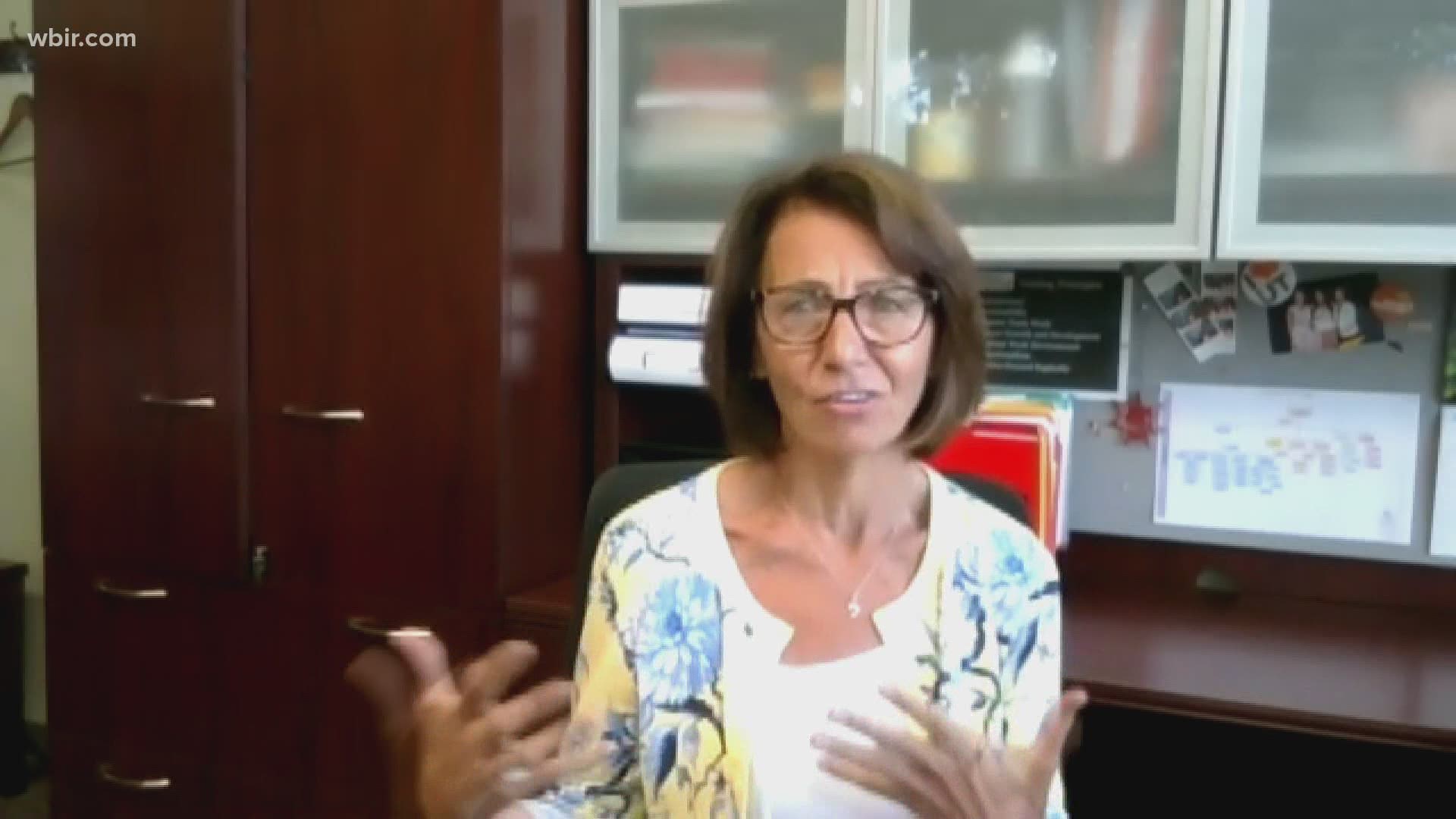 KNOXVILLE, Tennessee — Data trends for COVID-19 are "encouraging" in Knox County, but health authorities make no assumptions that the virus is on its way out.

"Having a few days of encouraging trends is good, and we need that. I think everybody needs to hear that, but it doesn't mean that the virus is gone," said Charity Menefee, KCHD director of communicable and environmental diseases. "It's absolutely still here in the community, and we don't want things to spike back up."

Benchmarks that track key developments of the virus offer some positive news. The markers are released every Wednesday by the Knox County Health Department.

Menefee reviewed the status of the five markers at a press briefing Wednesday afternoon. 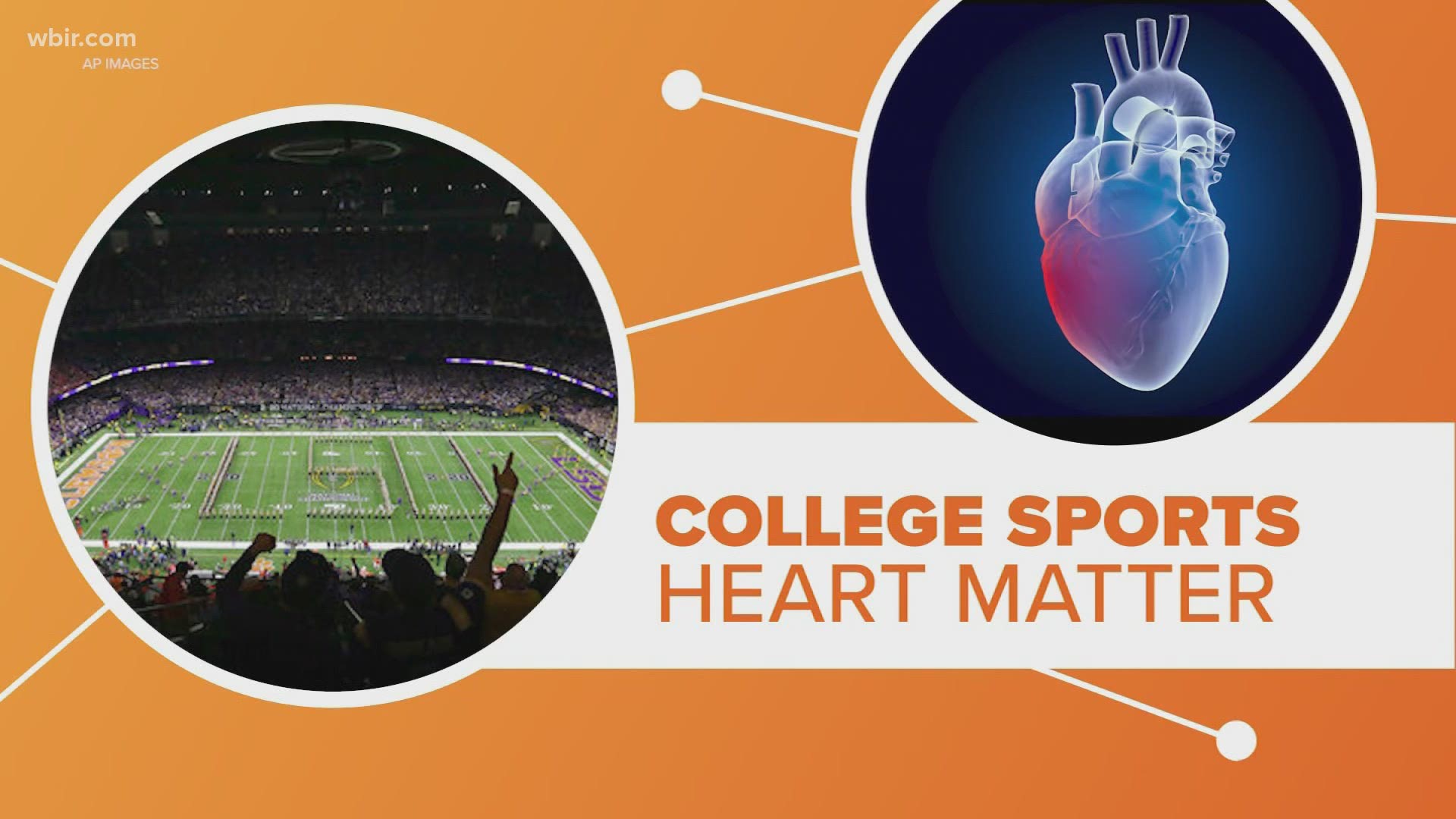 *NEW CASE TRENDS: 68 new cases were reported by KCHD on Wednesday, and the county has seen more than 4,900 cases since March. In July and early August, the department routinely saw more than 100 new cases a day.

The department shows this benchmark as "yellow," a cautionary status but better than red, which signals an immediate concern.

Menefee said it appears new cases counts are stabilizing in Knox County. But, she said, the start of K-12 schools and college and the upcoming Labor Day holiday could all impact positive case rates.

*SUSTAINED TESTING TRENDS: Turnaround times to get testing results have been improving with the advent of a new lab partner, according to Menefee. In July, there were lags of 10 and 11 days at times, which makes tracking down community exposure very difficult.

"The overall trend continues to move upward," she said of testing returns, a positive sign.

The benchmark is at green, an improvement from recent weeks.

Menefee also noted there's been an obvious drop in testing over the last four weeks in Knox County.

*CASE INVESTIGATION RATES: The Health Department has consistently been able to keep up with tracking down potential exposures to the virus. This benchmark has been consistently green.

*HEALTH CARE CAPABILITIES: Area hospitals say the benchmark for this category is yellow. The category addresses the availability of hospital beds and surge capacity. Menefee said there'd been a few days of concern but that the overall trend for demand on hospital services appeared to be downward.

*KNOX COUNTY DEATHS: There've been more than 40 deaths from virus complications since Aug. 1. The benchmark has been red for several weeks and it's staying that way.

Following a data review this week of reported deaths, KCHD said as of Wednesday there've been a total of 45 Knox County residents who have died from COVID-19 complications since March. The total has been appropriately adjusted from prior reports to take into account two duplicates -- one that was human error and one that involved the same person being counted twice under different names, according to Menefee.

Health Department authorities continue to see a statistical increase in the death rate, but it also appears to be stabilizing, she said.