The case revolved around the governor’s emergency powers. The court’s decision comes amid Kentucky’s worst outbreak of the virus. 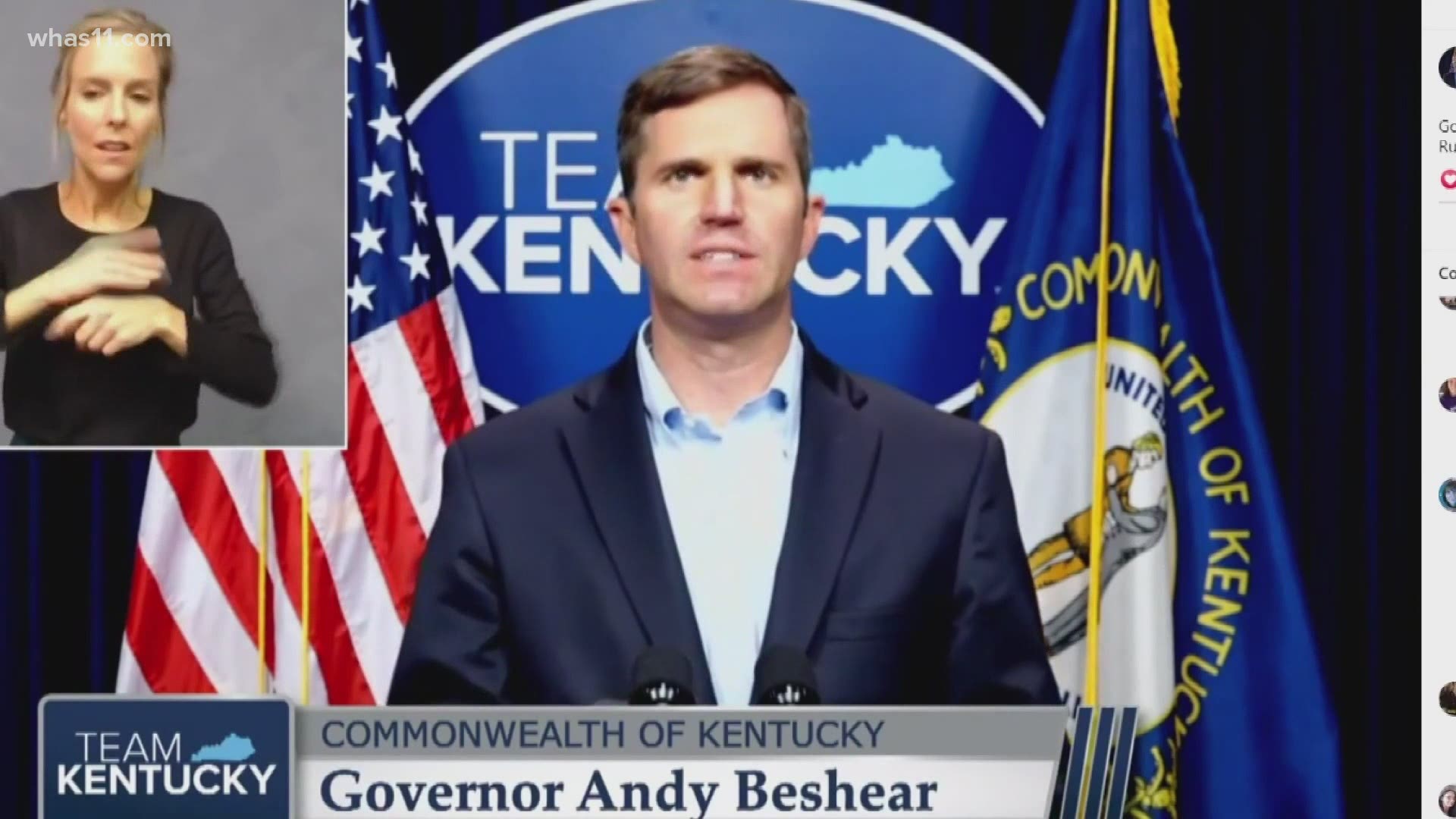 FRANKFORT, Ky. — Kentucky’s Supreme Court has affirmed the governor’s authority to issue coronavirus-related orders putting restrictions on businesses and individuals to try to the contain spread of COVID-19.

"Today's unanimous ruling sends a very clear, unambiguous message that the actions that my administration has taken are both legal and constitutional and fundamental to an effective response to a type of virus that requires a comprehensive statewide approach," said Governor Andy Beshear. "Without it, we lose more people."

The ruling Thursday delivers a victory for Democratic Gov. Beshear in a legal fight with the state’s Republican attorney general, Daniel Cameron.

All 7 of the Supreme Court justices backed the argument made by the Governor's attorneys.

The case revolved around the governor’s emergency powers. The court’s decision comes amid Kentucky’s worst outbreak of the virus.

It was originally brought by a child care center suing over limitations to the limited number of kids allowed in the early days of the pandemic.

Then, a cafe who argued the limitations on customers and masks put an unfair burden on their business and the Florence Speedway which questioned restrictions on fans and other aspects of executive orders.

The Supreme Court ruled Beshear’s orders are necessary to slow the spread of COVID-19, saying the pandemic “is precisely" the type of emergency requiring a response by the governor under state law.

My statement regarding the Supreme Court of Kentucky’s ruling today: pic.twitter.com/XStEw0T8bH

Cameron tweeted out a statement that explained, in part, that while he disagrees with the court's position there are issues regarding executive power that "must be considered by the general assembly in the upcoming legislative session" and he looks forward to working with them on that.