UTMC's Chief Medical Officer said the number of hospitalizations and cases regionally have continued to decrease after peaking from mid-December to early January. 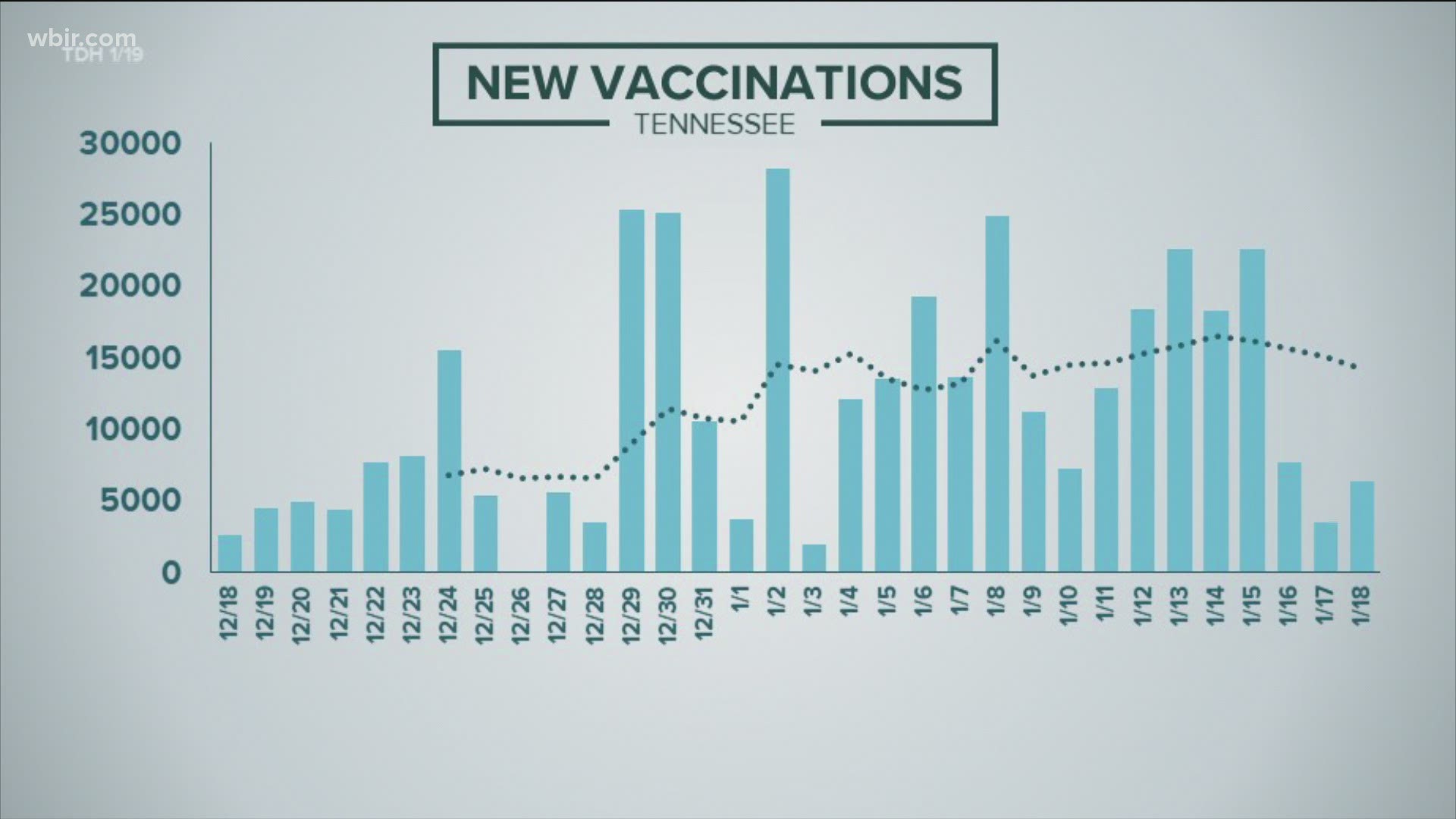 Make no mistake: COVID-19 new cases and hospitalizations remain high locally and across the state, and more people continue to die from the virus daily. However, these numbers are on a notable decline heading into February as the first wave of vaccines continue to slowly make their way to those most at-risk to being infected or developing serious symptoms.

Dr. Keith Gray, UT Medical Center's Chief Medical Officer, said they are "hopeful and cautiously optimistic" after having seen a significant and consistent decline in the number of new COVID-19 cases and hospitalizations.

In December, Knox County reported 157 deaths -- the highest of any month during the pandemic by far -- which was just 10 short of the 167 total deaths reported between March and November, and nearly three times the amount reported in November alone. Reported deaths in January are currently at 85 -- the second highest month since the pandemic -- but not on pace to top December's high.

All signs are pointing in the right direction: down. However, the hospital system and surge capacity still remains in the "red" due to the historically high number of hospitalizations being seen.

Hospitals remain open and safe for people to seek medical care, but continue to limit visitation due to the risk of COVID-19 spread. Dr. Gray said PPE supplies are adequate and that elective procedures will resume "soon," though exact dates vary by hospital system.

As for the COVID-19 vaccine, Gray said hospitals are filling as many appointments as possible based on the limited availability for those who qualify.

Dr. Martha Buchanan with the Knox County Health Department said vaccine supplies remain limited on their end, but she expects the quantity of incoming vaccines to rise in the coming weeks.

She said KCHD currently is not taking appointments, but expects more doses to arrive this week and will announce opportunities.