After an intense discussion between board members during a work session on Wednesday, Susan Horn recommended planning a September meeting about board powers. 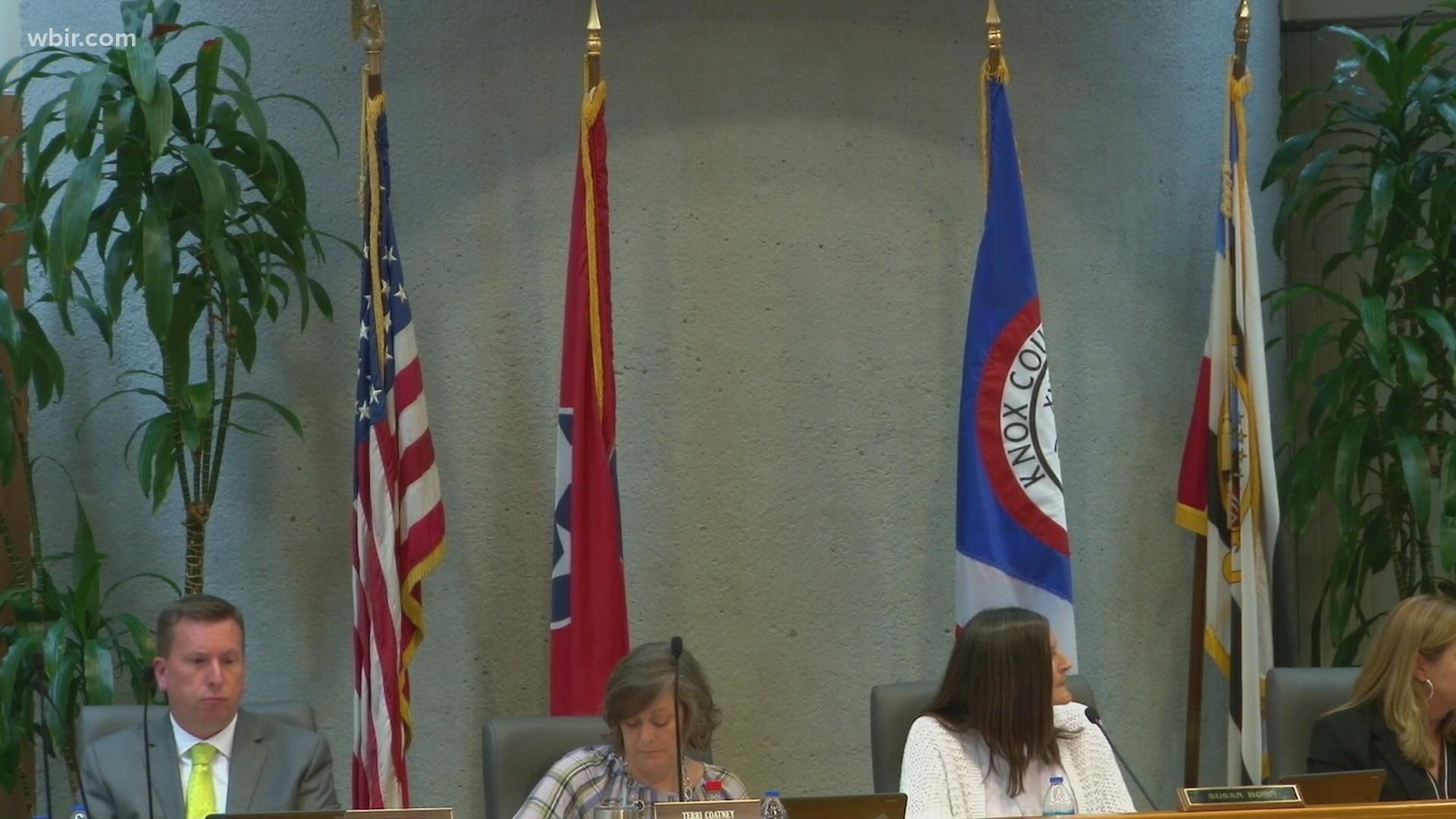 KNOXVILLE, Tenn. — Instead of talking specifically about masks and COVID-19 on Wednesday, an agenda item led Knox County Schools leaders to an intense discussion about the power of the board and its authority to enforce health rules in schools.

It was introduced by Daniel Watson, who said the agenda item was a result of discussions with Superintendent Bob Thomas and the board's attorneys. He said that he decided to withdraw agenda items about health protocols and guidance from the Tennessee Department of Health to substitute it for a broader discussion about leaders' authorities.

"I had some confusion trying to work with the superintendent, trying to understand the implications of our April vote," said Watson.

In April, Watson said the board voted to follow guidelines from the Tennessee Department of Health. However, he said that they also decided to end a mask mandate for students and teachers, contradicting their stance on following guidelines from state health leaders.

Around the same time in April, officials said Thomas messaged families about his KCS Connect Plan. In that messaging, he said masks would not be required in schools during the 2021-2022 school year. Effectively, some board members argued that a COVID-19 plan for August was approved all the way back in April.

In between April and August, the BOE's attorney, Gary Dupler, said that the board lost its ability to issue a mask mandate when orders giving school boards additional powers expired.

Since the KCS Connect Plan referenced masks and went into effect after Gov. Bill Lee amended COVID-19 state of emergency to primarily facilitate economic recovery and allow federal aid, Watson and Jennifer Owen asked whether the plan was still valid as the school year starts.

Thomas later argued that if it were still valid, he still would not need to issue a mask mandate. He said that it did not matter what he thought in April, since it was so long ago and circumstances had changed.

"The governor has said that he is not in favor of mandating face masks. I'm in favor of following the recommendations made by the CDC and Tennessee Department of Health, but they're recommendations," he said. "They're not requirements, it's not a mandate... It's optional, it should be a family decision."

Thomas later emphasized that he did not have the authority to issue masks mandates and said that if the board wanted to require masks, they should put the proposal on their agenda and vote on it. But if they wanted to defer authority to him, he would not require masks.

She also said changing language about masks on the KCS website concerned her. She said that they were originally required, before the messaging changed to masks being optional, then changing again to being required, and finally, she said masks were listed as 'allowed' just as students start the school year.

"For our families who are trying to determine if their medically fragile students can be in schools, there's a large difference between 'recommended' and 'allowed,'" Owen said. "My issue is not with face coverings. My issue is that this board voted on language that was in an opening plan, and that language said that we would follow recommendations from the CDC and the state and that those recommendations could change as we went along."

Yet, she said that current messaging about plans for the school year disregards what they agreed on in previous meetings. Masks are not required in Knox County Schools for the upcoming school year, while the CDC has recommended all people wear masks in schools.

"This isn't an issue about what our guidelines are," she said. "This is an issue of this board voting, and that vote not mattering... We have seen superintendents long ago literally do something illegal and the board come back, retroactively vote, and make it all okay. I know many of us are here because we know that path was a very wrong path."

Thomas said he was insulted by comments from the meeting about the authority of the board and the superintendent, and said that the questions made it feel like his integrity was being questioned.

"I'm a little bit confused about where I have not complied with what the board has wanted to do," he said. "A person doesn't have much but their integrity... I find this quite upsetting. You just need to know that."

Susan Horn, the chair of the board, urged members to refocus the conversation on reopening schools for the school year and improving students' academic performance. She said that she would be open to scheduling a procedural meeting in September where board members could discuss issues raised at Wednesday's work session meeting.