Mayor Jacobs said he's thankful no new deaths have been reported since April, but said they are working to mitigate the damage from the virus after new cases spiked. 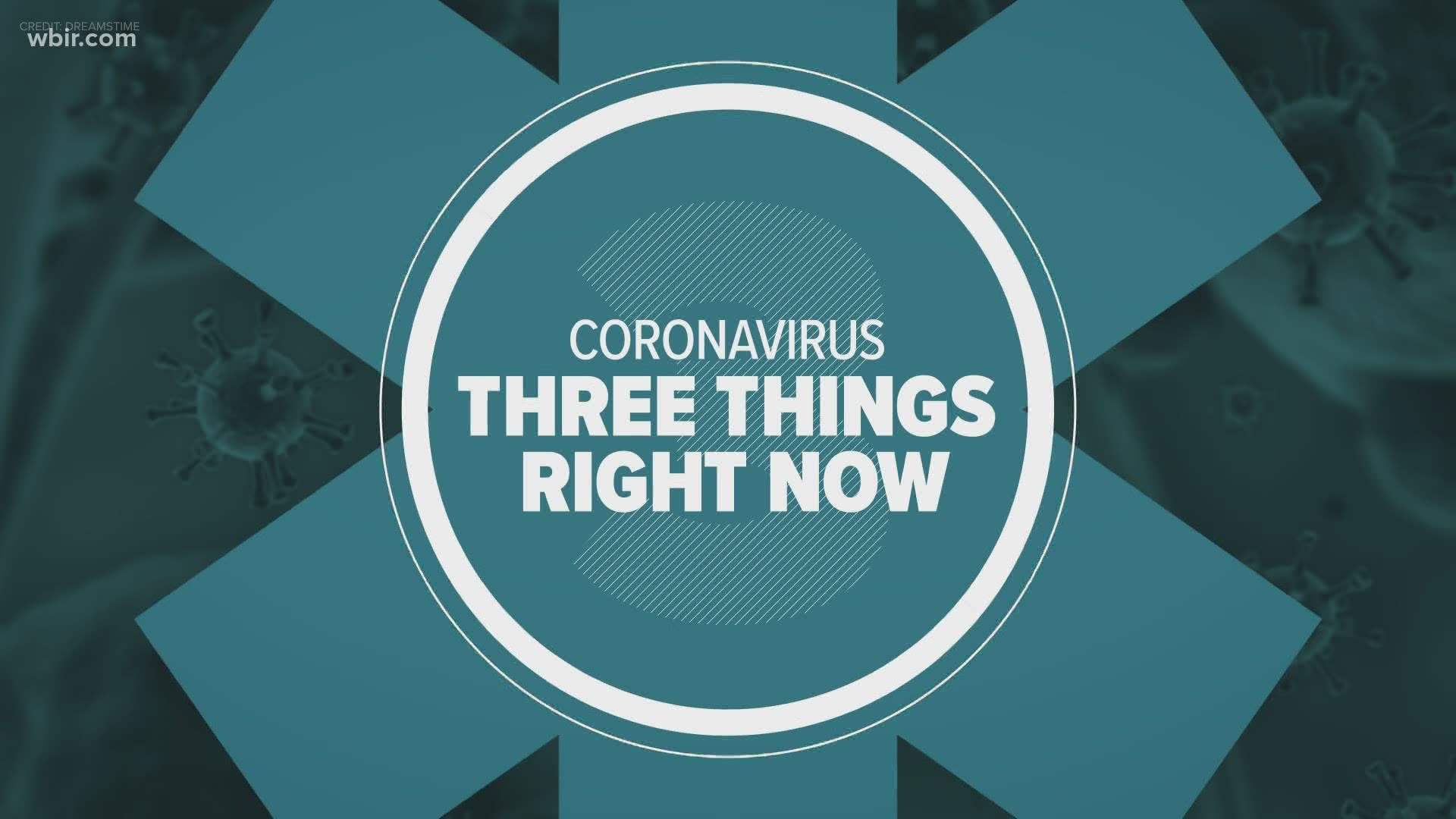 The Knox County Health Department is keeping a careful eye on the COVID-19 situation after the county saw multiple days of record-high increases in the number of active and new cases this week.

The number of hospitalizations also continued to rise to new highs with a total of 12 COVID-19 patients from Knox County needing treatment.

Despite the large increase in cases, the number of deaths has remained at five since the last-reported death in late-April. Health experts have said there is sometimes a week or more of lag in the pattern of when a case is detected and the timeframe when serious and life-threatening complications emerge in some patients. Most patients who've contracted COVID-19 only saw minor symptoms or were asymptomatic.

Knox County Mayor Glenn Jacobs said he's thankful no new deaths have been reported in some time, but continued to urge people to take personal responsibility to help protect the most vulnerable populations by washing their hands, keeping distance from themselves and others, staying home if sick, and wearing a mask when needed -- which health experts recommend is anytime anyone goes out in public.

"We have seen a spike in the number of COVID-19 cases in Knox County and hospitalization numbers have gone up a bit, but we knew this was likely as we began to re-open, and people began moving around more," he said.

KCHD Director Dr. Martha Buchanan said the trend has raised red flags in a few areas for reopening, including 5-day growth in new cases and testing rates. Buchanan also said most new patients reported not knowing how they became infected -- so they believe community spread is happening with people becoming infected in public unknowingly by strangers. She also said most people reported recently were not following social distancing guidelines properly and weren't wearing masks.

“This is a concerning trend and further reiterates the virus is still very present in Knox County," she said. "We know we are going to see new cases every day. It’s unrealistic to not see growth."

“It is unrealistic, at this time, to believe COVID-19 could be stamped out completely so the goal must be to mitigate the damage the virus causes as it spread," he said.

Buchanan and Jacobs said they were both aware Texas and Florida announced rolling back some of their reopening measures on Friday, such as closing bars and limiting customers again, after both states continued to see drastic record rises in the number of new coronavirus cases this week. They said any changes to the way Knox County's reopening is happening will need to be decided through the Knox County Board of Health, which opted recently to follow along with Gov. Bill Lee's Tennessee Pledge reopening process for the time being.

Buchanan said the board has the power to roll back reopening decisions if needed, as Gov. Lee's order allows for them and other metropolitan areas to issue their own guidance when needed.

The board meets weekly and is scheduled to meet again on Wednesday, July 1.

On the topic of testing rates, Buchanan said Knox County's testing levels have fallen off in past weeks despite the increased number of new positive cases according to results provided by the state. However, she said that is believed to be partially due to a delay in negative results being reported from labs. She said positive COVID-19 results were not affected by the delay and were arriving swiftly.

Anecdotally, she said she believes the county remains in good shape with adequate testing levels, but cannot verify that officially due to the known delays. The volume of people also wanting to be tested at the health department has seen a notable increase in the past few days, according to Buchanan.

Knox County's rise in cases appears to be in line with spikes happening in parts of Tennessee and the U.S. On Friday, the Tennessee Dept. of Health reported a record-high daily increase of 1,410 new confirmed and probable cases across the state. The U.S. at large also reached new records for daily confirmed cases.

TDH Commissioner Dr. Lisa Piercey said the rise in cases appears to be concentrated in the state's larger metro areas.

“The number of positives today shows the continued trend of metropolitan areas having a higher concentration of the state’s cases. Hospital capacity continues to remain stable statewide. We remind Tennesseans that COVID-19 is still very much present in our state, and we strongly encourage them to be vigilant in maintaining social distancing, frequent handwashing and utilizing face coverings,” she said.

RELATED: US health officials believe 20 million Americans have had coronavirus