The board considered far more restrictive measures, but decided to vote on minor changes to curfew and table size limitations to minimize the business impacts. 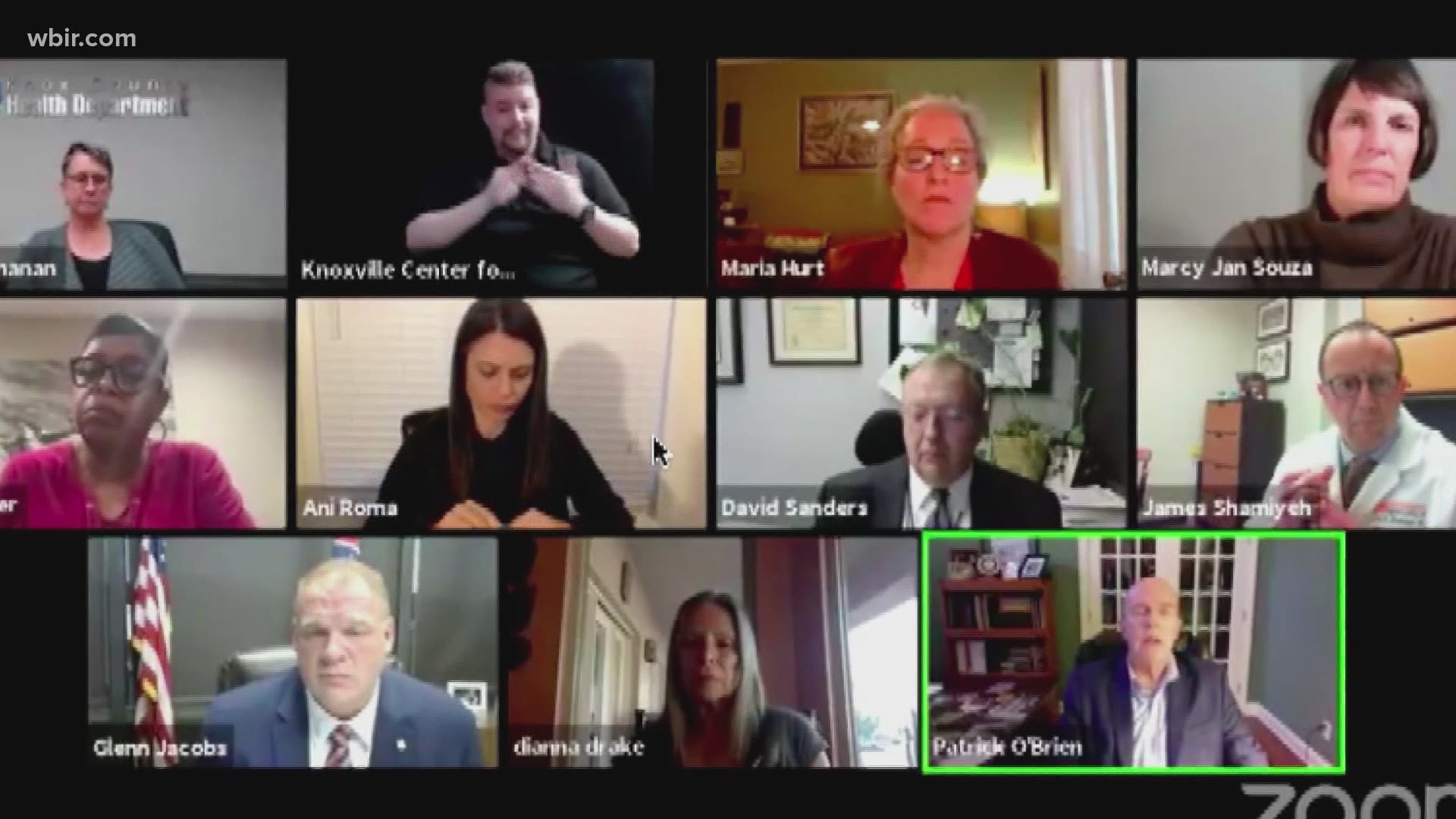 KNOX COUNTY, Tenn. — The Knox County Board of Health approved slightly increased measures to slow the spread of COVID-19 ahead of the Thanksgiving holiday as the virus continues to spread to new highs with significantly more hospitalizations and deaths.

After hearing discussion from business owners and seeing blunted measures recently passed in the Memphis and Nashville areas, the Board of Health opted not to vote on the stricter measures it had discussed Friday that would have cut restaurant capacity to 25%.

It said the goal should remain to get people to understand and follow key guidance and to avoid meeting in close contact with people outside their household until cases drop.

Instead, the board unanimously passed blunted measures that will set a 10 p.m. dine-in curfew and limit non-household group party sizes seated at the same table instead of limiting restaurant capacity -- proposing table sizes should be kept at a maximum of 8 people who don't live in the same household for at least the next 28 days. If larger groups arrive and they aren't currently living together, they would be seated at separate tables at least 6 feet away.

The measure goes into effect Wednesday with the 50% capacity restrictions remaining in place.

Business owners said they appreciated the compromise, saying many restaurants typically close around 10 p.m. anyway outside of Vol gamedays.

"The simpler the thing is we propose, the more likely it is to be followed," Dr. James Shamiyeh with UT Medical Center said.

Before the vote, Randy Burleson, who owns multiple restaurants in the county, addressed the board asking them to reconsider the stricter measures they had talked about Friday -- saying he has not seen workers getting sick and that such measures have greatly hurt their businesses.

With no federal safety nets remaining through the CARES Act or Paycheck Protection Program loans, and no indications that any new relief would be passed any time soon for businesses, Burleson said further restrictions would likely bankrupt more businesses.

"The 50% closure has been tough on restaurants in town," he said, saying they are working to do their part to limit exposure.

O'Brien agreed they had seen restaurants largely doing a great job in limiting infections to staff, but said the problems they had seen was with the patrons themselves not following guidelines, sitting too close, and spreading the virus through being close with people outside their household.

Burleson said he believed singling out restaurants, though, would still only hurt restaurants without stopping the problem of people gathering in other places,  such as people inviting others to their homes.

"I appreciate it, but we need to look at what the mobility data shows, showing restaurants as the main meeting place -- at least on public property -- within the last week where people are interacting for more than 15 minutes with numbers greater than 100," O'Brien said. "I'd like to avoid [closures]. We don't want to put people out of business, but we've got to balance that with the public need to address that mobility."

The board also unanimously voted in favor of a resolution to flesh out the recommendations of the "Five Core Actions," with amendments to specify that people shouldn't carpool with non-household contacts, to wear masks and keep distance in their homes when people not in their household come in, and to recommend that retail outlets should set aside special times each day for high-risk customers, particularly older customers.

A proposal to limit social gathering sizes was withdrawn until the next meeting, which the board decided to schedule for Wednesday, December 2.

Before Monday's meeting had started, roughly 200 people gathered outside the Knox County Health Department to protest the measures and push for a more relaxed approach. As more people showed up to protest wearing face coverings -- which was not on the agenda -- some who came specifically to protest the business restriction proposals began to leave.

“This turned into an anti-masker event. I just came here to support my bar," one person said as they left.

We’re staying across the street in the parking lot. About 200 people now are gathered, the majority not wearing masks.

They have a sound system and are speaking about concerns they have with the BOH’s decisions. #WBIR pic.twitter.com/KRkX3waL7l

On Monday, Knox County reported yet another all-time high for hospitalizations with 99 people currently hospitalized for COVID-19. The county also reported 4 new deaths and a total of 2,332 active cases -- up by more than 300 from Friday when the board last met.