For the first time in a week, KCHD reported no new deaths from COVID-19. Regional hospitalizations are trending down too. 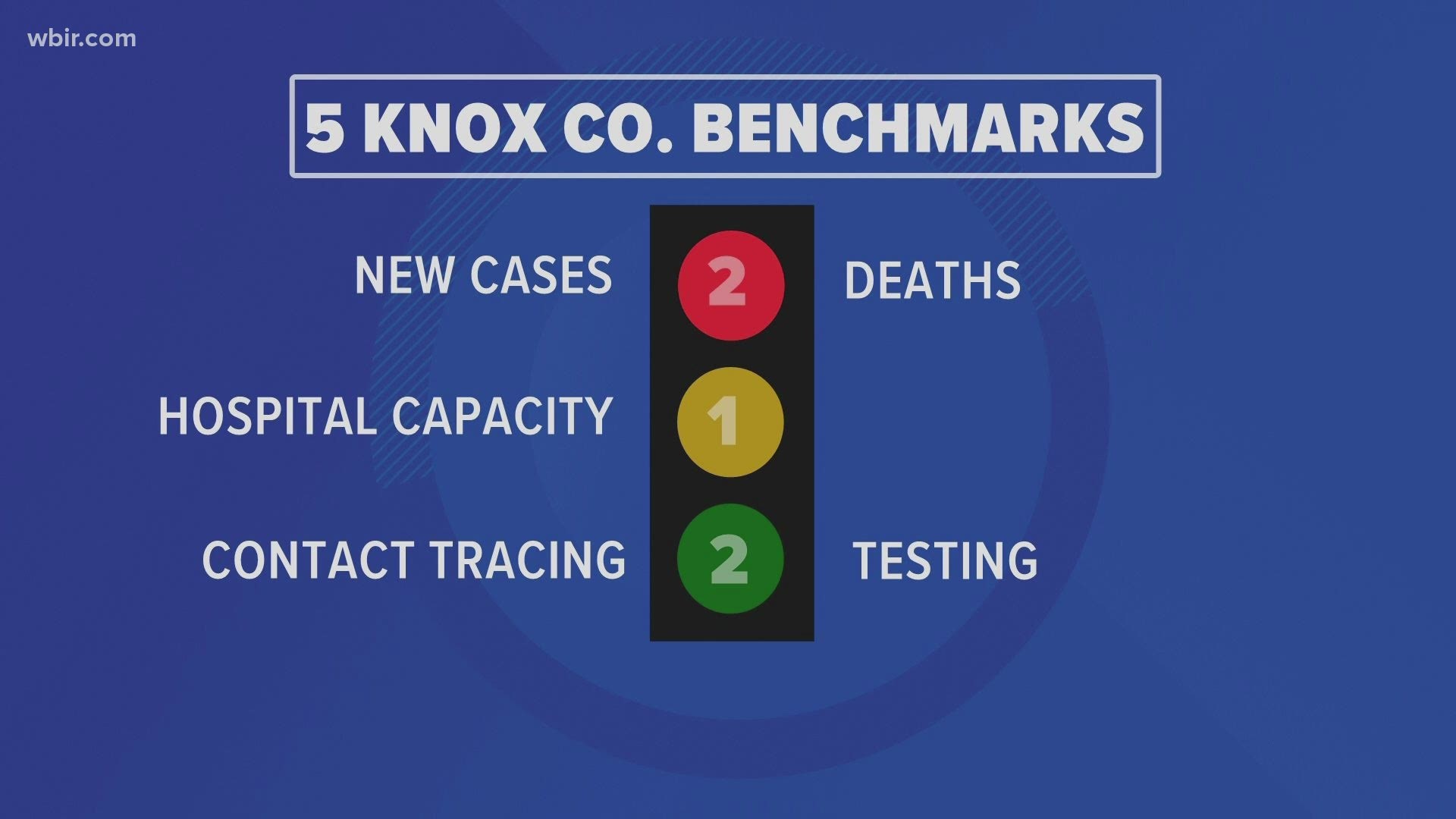 "We've seen a positive improvement over the last 10 days," Dr. Keith Gray of UT Medical Center said. "We hope we are approaching a plateau, but we don't know if that plateau is on the horizon."

"We are hopeful. That was kind of the message that we had going into today," Menefee said. "We're cautiously optimistic."

Case numbers appear to be trending down, though it's too early to tell for certain. The benchmark for sustained reduction or stability in new cases was still red as of Aug. 5, but Menefee said the last six days have shown improvement.

"We know there could be the possibility that other factors are at play regarding delays that could be contributing to this low number," Menefee said. "But we are not aware of any specific issues at this time."

About half of the county's 40 deaths have occurred in the last two weeks, according to Menefee. But deaths are a lagging indicator — meaning things could start to turn around.

Gray said regional hospitalizations peaked 10 days ago at 192, but had dropped to 158 as of July 4.

"We've seen a slowing in the rate of new cases, hospitalizations and slightly in the in the death rate over the last 10 days," he said. "However, we cannot drop our guard. We should remain vigilant."

Hospital capacity remains a "yellow" benchmark, per the Knox County Health Department. Both public health capacity and testing were rated as "green" benchmarks.

While the numbers are promising, both Menefee and Gray emphasized that it is too early to know whether the trends will continue.

"There are variables out there that are unpredictable, i.e. school starting and also the Labor Day weekend approaching," said Gray.

"We hope to see this lower volume of new cases turn into a downward trend," Menefee said. "But in order for this to happen, everyone needs to continue to follow the five core actions everywhere you go."