A spokesperson for KPD said officers did not observe any violations among the establishments in the area of campus, downtown and the Old City that they visited. 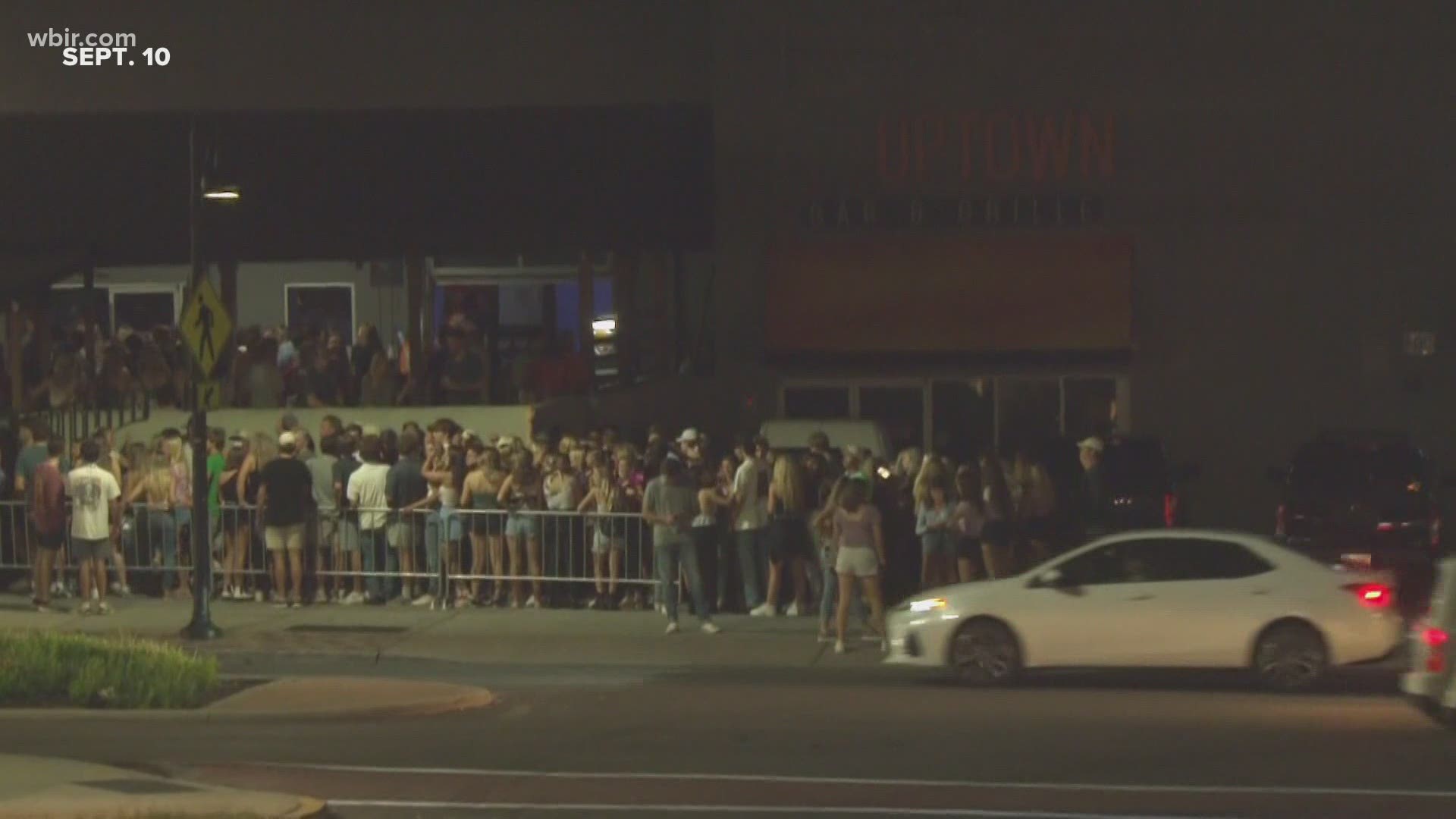 KNOXVILLE, Tenn. — On July 3, the Knox County Board of Health's order requiring masks in most indoor public spaces went into effect.

About a month later, on August 5, the Board of Health passed a regulation ordering all bars to close by 10 p.m.

Neither the Knox County Sheriff's Department nor the Knoxville Police Department had issued a single citation, spokespersons confirmed to 10News on Sept. 16.

That's what the Knox County Board of Health is hoping to accomplish in its newest order, which requires all establishments offering or allowing on-premise consumption of alcoholic beverages or beer to close by 11 p.m.

"It's a very firm footing person to stand on," Thomas told board members. "Closing is much easier to enforce. It's much easier to see than just to stop selling and still remaining open."

A violation of the new order constitutes a Class C misdemeanor pursuant to T.C.A § 68-2-602. KPD said any citations issued will be forwarded to the Knoxville Beer Board for consideration.

As of Saturday, however, KPD still had not issued any citations.

"KPD personnel did not issue any citations in regards to the Board of Health orders [Friday] night, nor did they observe any violations among the establishments in the area of campus, downtown and the Old City that they visited," said Scott Erland, KPD's public information officer.

Knox County Mayor Glenn Jacobs was the only "no" vote on the measure. On Friday, during his weekly address, he said he has been frustrated by how the pandemic has been handled.

"I don’t think that an unelected Board should be the most powerful legislative body in the County, which is currently what they are," he said. "But, again, the people on the Board are good, civic-minded individuals who have taken on a responsibility to make these decisions from a public health perspective."

Two Knox County Commissioners plan to propose limiting the Board of Health's power this week, according to documents obtained by 10News.

“I greatly appreciate the efforts of the Knox County Board of Health," Commissioner Justin Biggs said Friday. "However, I think critical decisions that impact all citizens should be made by those who are elected by the public.”

RELATED: Alcohol curfew to start on Friday in Knox County, sales of alcohol to stop at 11 p.m.