Lee says new data from a University of Washington model offer what appears to be good news. 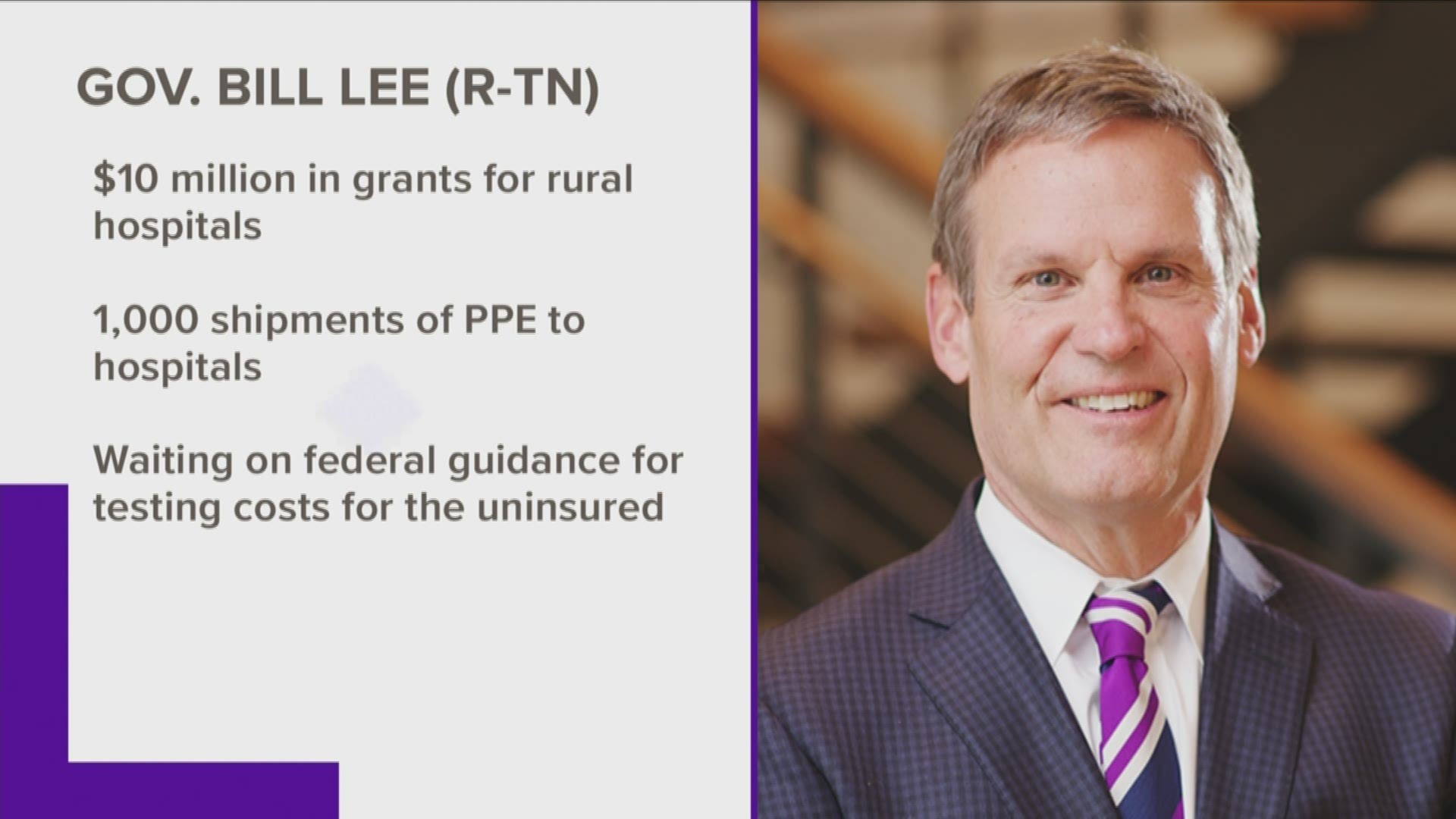 Reported deaths in Tennessee from COVID-19 jumped sharply Monday, the result of an uptick in positive cases that began two weeks ago, state officials said in an afternoon press meeting.

Still, Gov. Bill Lee said the state is beginning to see promising signs that the number of positive cases of the highly contagious virus are slowing down.

That doesn't mean citizens should relax their vigilance. They still must observe safe, social distancing for the near future, Lee said.

"We still need Tennesseans to remain home if they're able to do so in spite of the encouraging information," Lee told reporters.

New projections put out by a University of Washington model appear to show the state has an adequate number of beds and ICU beds to address the expected surge in virus cases.

The state has seen 65 deaths related to the virus as of Monday. On Sunday the figure stood at 44.

Dr. Lisa Piercey, commissioner of the Tennessee Department of Health, said authorities are starting to see the results of an upswing in positive cases that began two weeks ago.

RELATED: 3,802 confirmed cases of coronavirus in Tennessee, including 356 recoveries & 65 deaths

"This is gonna be a tough week," she said.

Lee said the state is continuing to distribute personal protection equipment to all 95 counties in Tennessee. In some cases, rural counties are more in need than urban counties.

When asked about the state of Arkansas planning to keep public school students home for the rest of the school  year, Lee said he hadn't made any move to expand Tennessee's closures yet.

He said Penny Schwinn, commissioner of education for the state, would take part in a press briefing Thursday to address what's being done to educate public school children.

Lee said Monday some $10 million in grants is being made available to help rural hospitals as they deal with the virus. Rural hospitals already were struggling even before the virus struck the state.

Applications for that money open April 30. It will be available starting July 1.

Piercey encouraged residents to get tested and said access to testing continues to improve. More steps are being taken to use tests that offer results in a matter of minutes rather than hours, she said.

"This will significantly enhance testing," she said.