Ted Fleming said his wife is among those who tested positive for COVID-19 at White Oak Manor in Rock Hill. 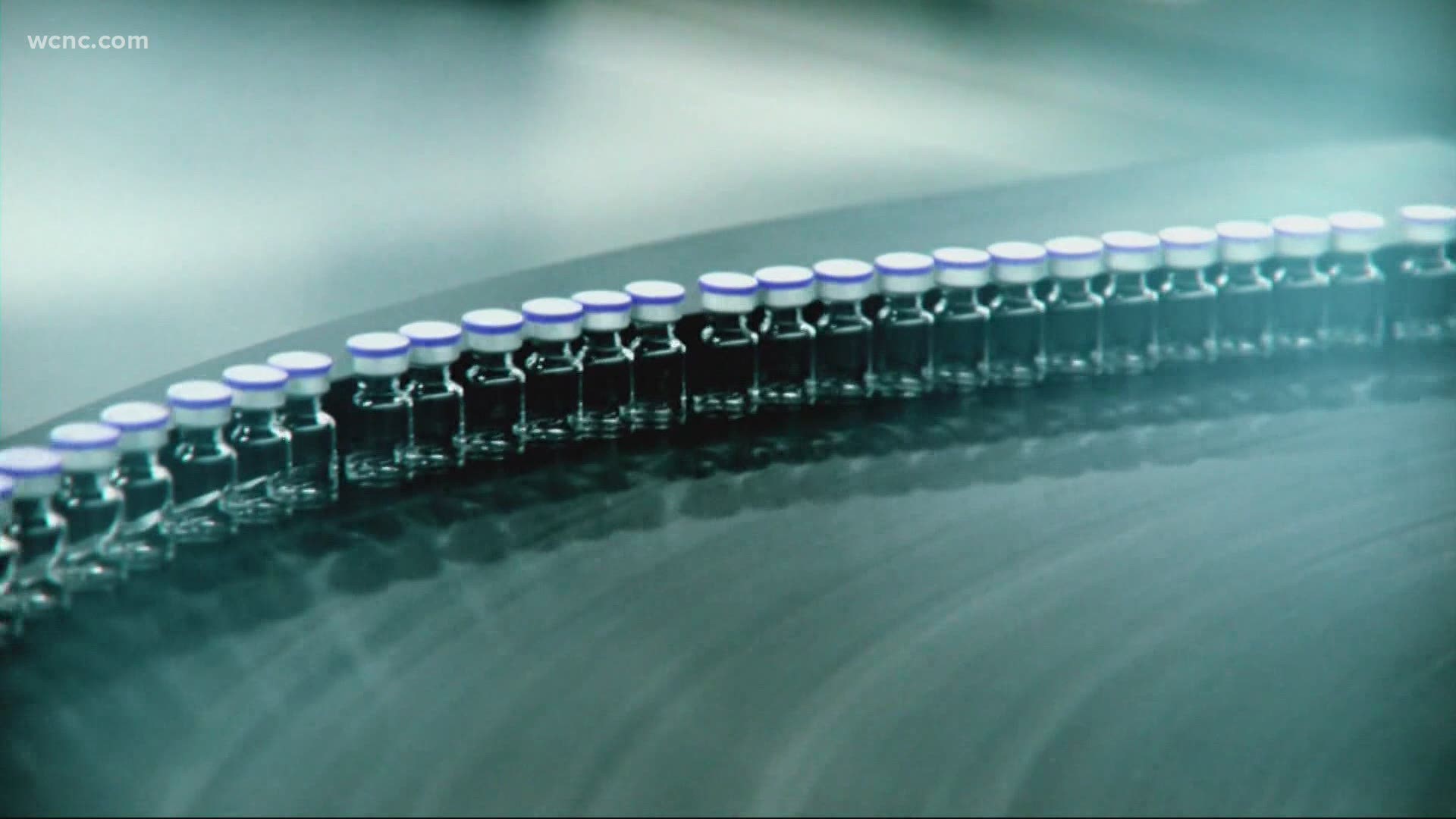 ROCK HILL, S.C. — The pandemic is taking an emotional toll on a husband and wife who are missing Thanksgiving together for the first time.

Ted Fleming said his wife is among those who tested positive for COVID-19 at White Oak Manor in Rock Hill.

According to a news release, there are 31 positive cases at the facility.  Nursing homes will be among the first to get access to the new vaccines, and now WCNC Charlotte is learning how soon that could happen.

Representatives of the nursing home industry said it’s possible the first vaccines could be available by mid-December. However, in the meantime, White Oak Manor is one of the latest examples where COVID-19 continues to spread.

“She was in there the last three months for rehab for a broken leg,” said Fleming.

He said this week she had an emotional breakdown.

Ted Fleming says his wife tested positive for #COVID19 during an outbreak at White Oak Manor in Rock Hill. She initially went in for rehab 3 months ago after breaking her leg. He says it’s the first Thanksgiving they won’t be together in 46 years of marriage. ⁦@wcnc⁩ pic.twitter.com/F3rVDRRHzz

“She’s a pretty strong woman, but this was very very difficult for her to take,” Fleming said.

Fleming said Peggy learned she tested positive for COVID-19 on Sunday during an outbreak at White Oak Manor in Rock Hill.

A spokesperson for the facility told WCNC Charlotte 13 staff members and 18 residents have tested positive. However, Fleming said he received a text message from White Oak Manor on Monday saying the number of residents who tested positive jumped to 20.

“She (Peggy) has a number of underlying conditions and that's what is scary about this,” said Fleming.

It comes as there are major breakthroughs with three drug-makers touting effective vaccines. In addition to frontline healthcare workers, nursing home staff will be among the first to be vaccinated, according to state health plans in both Carolinas.

Tom Akins CEO of @LeadingAgeNC says long term care facilities are anticipating the first distributions of a #COVID19 #vaccine possibly by mid December. He says vaccinations will likely be recommended but not required for staff. @wcnc pic.twitter.com/i9uQK6K815

“We think we will begin to see distributions in mid-December,” said Tom Akins, president and CEO of LeadingAge NC, a non-profit organization representing a wide range of residential care facilities.

Akins said the vaccine will likely be recommending for nursing home staff, but not required.

“There would be some type of opportunity to opt-out,” Akins said.

“It (the vaccine) might have prevented my wife from getting it,” Fleming said.

Fleming said at this point, his wife has not had any major symptoms.  The couple will be missing their first Thanksgiving together in 46 years.

“We won’t be together, so that’s going to be the toughest part,” said Fleming.