More children go to bed hungry now because of COVID-19

Food banks in East Tennessee are asking for more donations as the need for food skyrockets with unemployment cases. 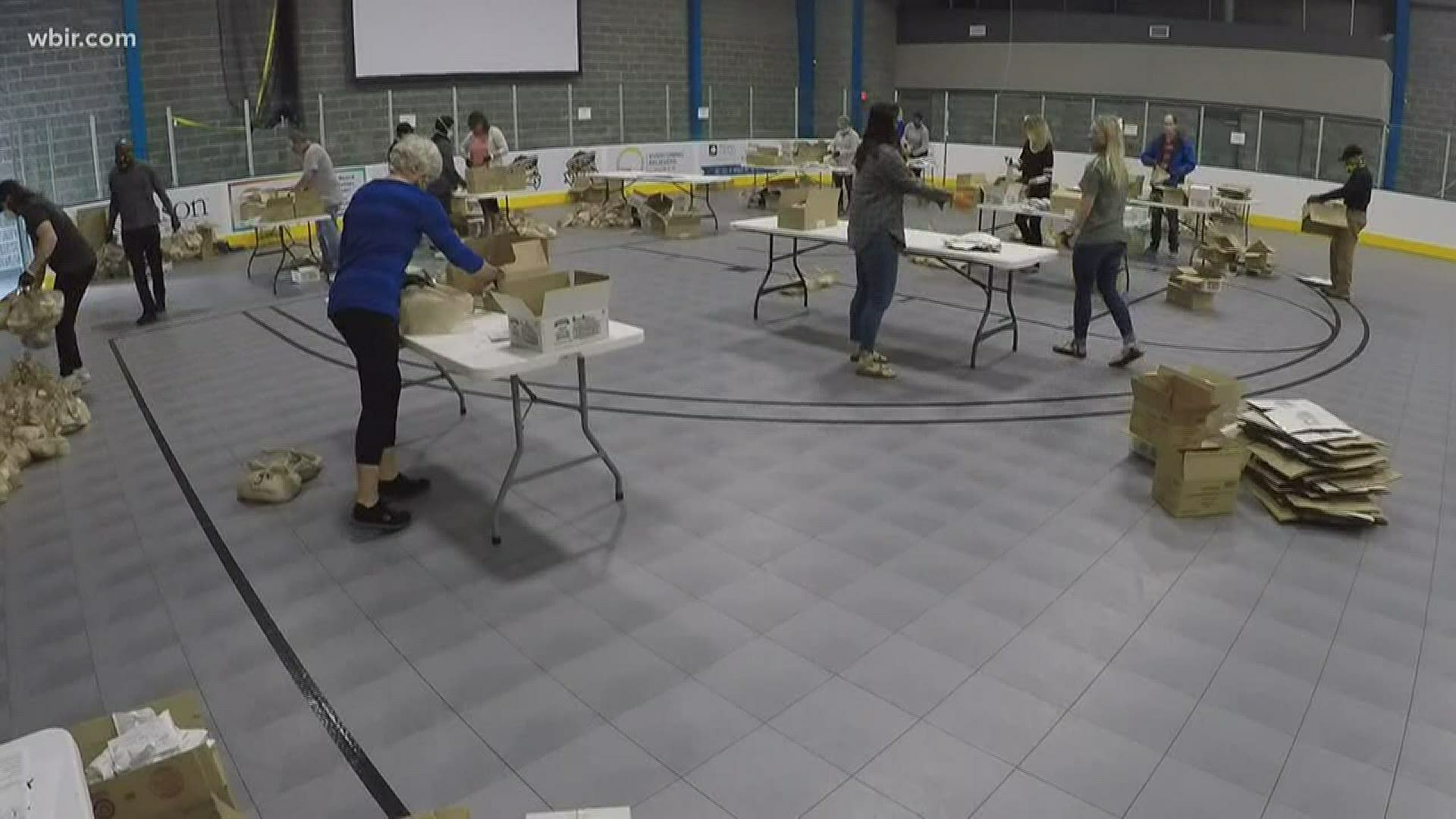 KNOXVILLE, Tenn. — As unemployment claims skyrocket, so do the amount of people turning to food banks for help.

It all started on March 16, a day Elaine Streno with Second Harvest Food Bank will never forget.

"At 8 a.m. Monday morning you could just hear people in their voices, just the fear because they didn't have a job to go to," she said.

Second Harvest provides food for people in need in 18 counties in East Tennessee.

"The demand for food increased 50 percent that very first, the week of March 16," said Streno.

Second Harvest is now bringing boxed food out to people waiting in their cars at food drives instead of normal walk up help at food pantries.

They're serving a lot more people than they're used to.

"In Dandridge on Tuesday there were 1100 cars in line for food," said Streno.

Second Harvest isn't the only group seeing the need.

Cherokee Health Systems is giving out almost six times as much food as it usually does from its main food pantry on Western Avenue in Knoxville.

They have a desperate need for powdered milk, which gives protein to packaged meals and is important for kids.

Before the COVID-19 pandemic, one in five Tennessee children went to bed hungry.

Streno said that number is easily now one in three.

RELATED: How to find a food bank in your area

Every food bank needs help making sure people don't go hungry in a time where some are learning to ask for help for the first time.

"They need to figure out how to pay their rent or pay their car payment, maintain those bills. And the food for their families was certainly a priority but something they didn't think they had to worry about," said Streno.

"We've also seen here at Second Harvest the incredible love and commitment this community has for feeding their neighbors," said Streno.

They're hoping to raise $100,000 next Tuesday on Giving Tuesday to keep feeding people through the summer.

Streno said $140 will feed a family of four for two weeks.

Donations can be made to Second Harvest by following this link or visiting one of their food pantries.

Cherokee Health is asking for powdered milk donations, which can be brought to any of their 13 food pantries at their clinics across East Tennessee.