ClinSearch, the Chattanooga location of Wake Research, is conducting experimental testing on a new investigational drug therapy, which is a monticle antibody. 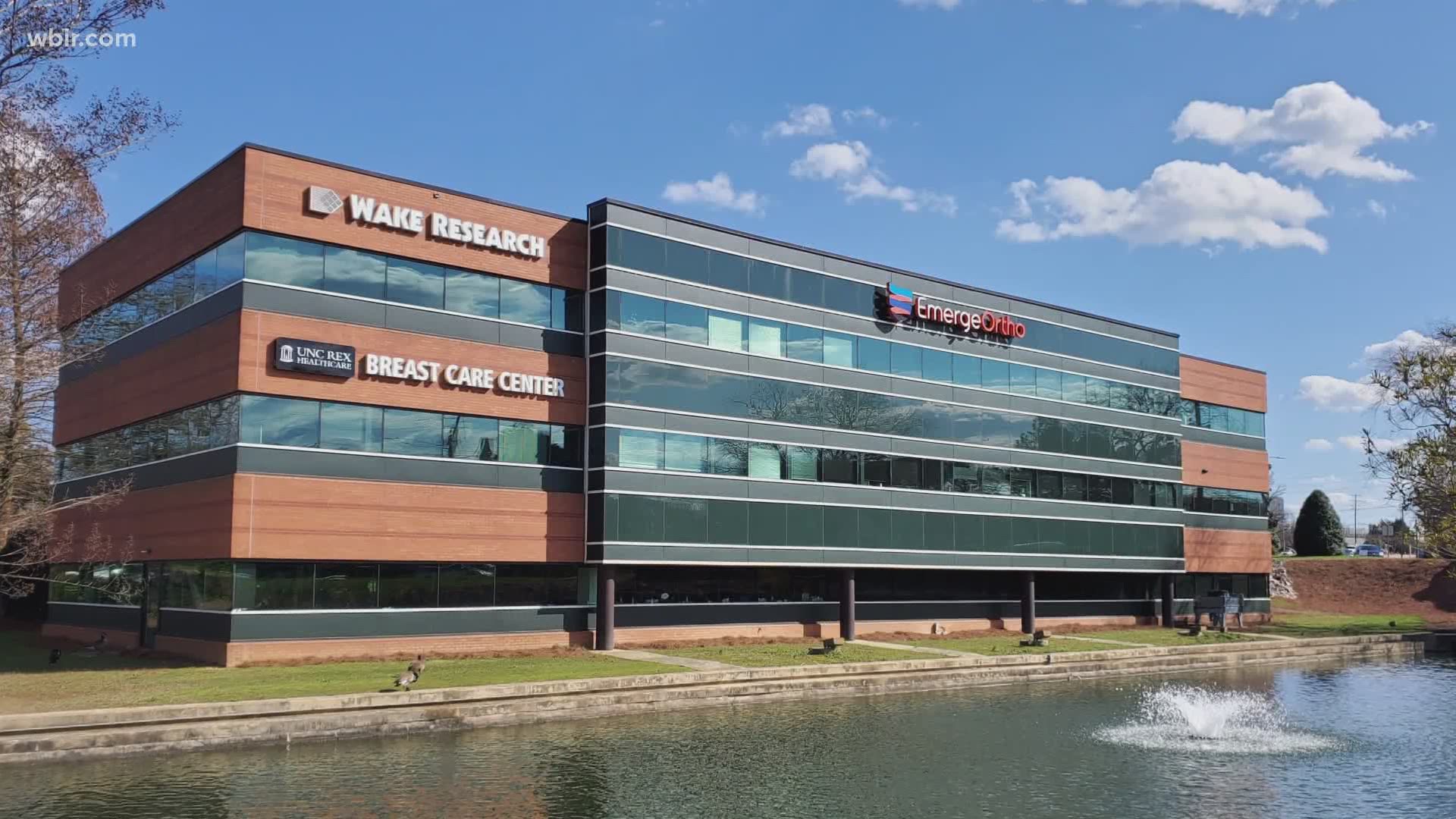 CHATTANOOGA, Tenn. — Something new is in the Chattanooga area to help fight COVID-19. It's not a vaccine, and it's not an antibody. It's an investigational drug that could have a significant impact on stopping the spread.

Wake Research is conducting trials at four locations nationwide and Chattanooga is one of those cities. It is supposed to work faster than a vaccine and act as a preventive therapy to those who have been directly exposed to the virus.

ClinSearch, the Chattanooga location of Wake Research, is conducting experimental testing on a new investigational drug therapy, which is a monticle antibody.

"Essentially what that is, it's a type of engineered antibody treatment, similar to what your body would naturally do to defend against COVID-19,” said Dr. Mark McKenzie, ClinSearch Regional Medical Director.

Dr. Mark McKenzie says the idea is to give it to anyone who has had household exposure or been directly in contact with someone who has tested positive.

"You get this drug and we are watching to see if you are able to withstand the disease, if you have protection against it completely, or if you do get sick, shortening the amount of days that you are sick,” he said.

It would work faster than a vaccine.

"This is something that you're getting which already has that defense in it, that marries what your body would naturally do,” McKenzie said. "We think of this as a treatment as opposed to a vaccine."

They are asking people to participate in their study. The requirement is you must be an adult who lives with someone who has been diagnosed with COVID-19.

"In the last, really 96 hours, preferably three days, we would really like you to consider participating in this,” McKenzie said.

Based on their original data, it won't be as effective if it isn't within that time frame.

The date to release this to the public is expected to come during the 2021 spring season.

"Once that data is compiled, once we achieve the 2,000 enrollee number, that will be looked at and sent to the FDA for approval," he said.

They want people in the Tennessee Valley to participate.

If you live in a household where somebody tested positive, call ClinSearch at 423-698-4584 or visit its website.