Knox, Anderson and Cocke counties saw 2 deaths each, according to figures Friday. 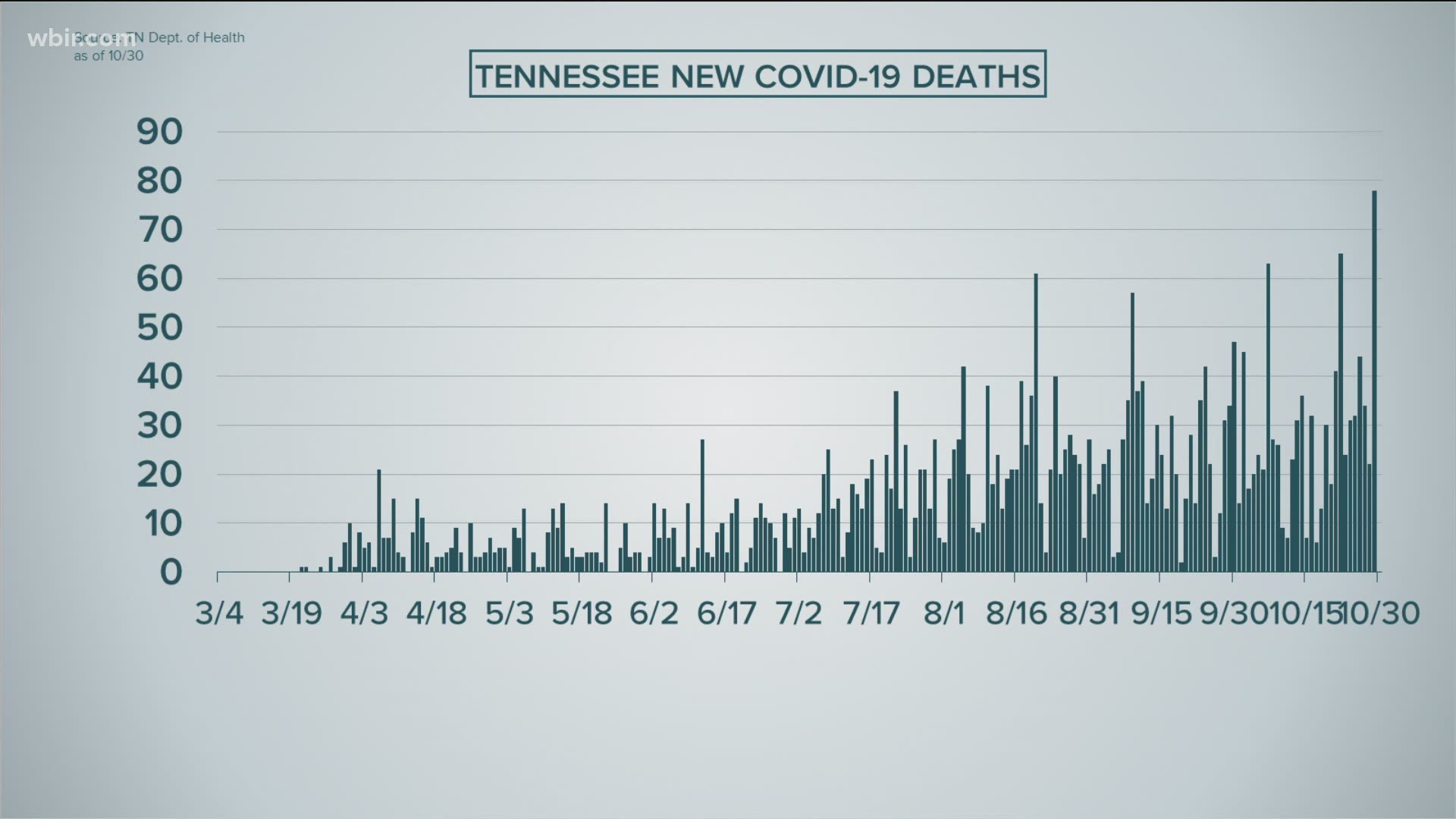 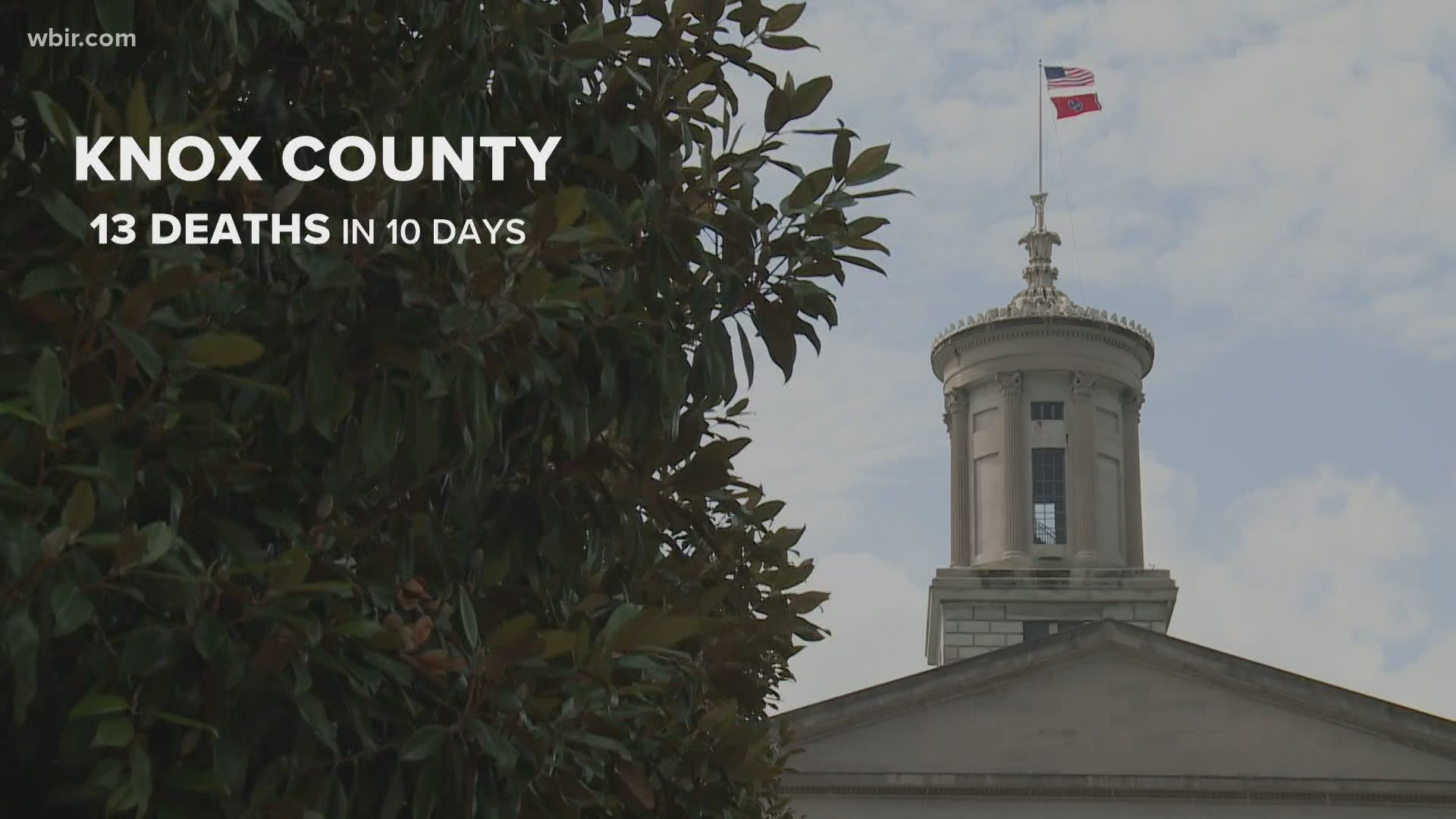 Hospitalizations rose by 4 to 67 from Thursday.

Anderson and Cocke counties both reported two new deaths. Each now has 16 total.

Across the state, 78 new deaths were reported, a record, according to state authorities. 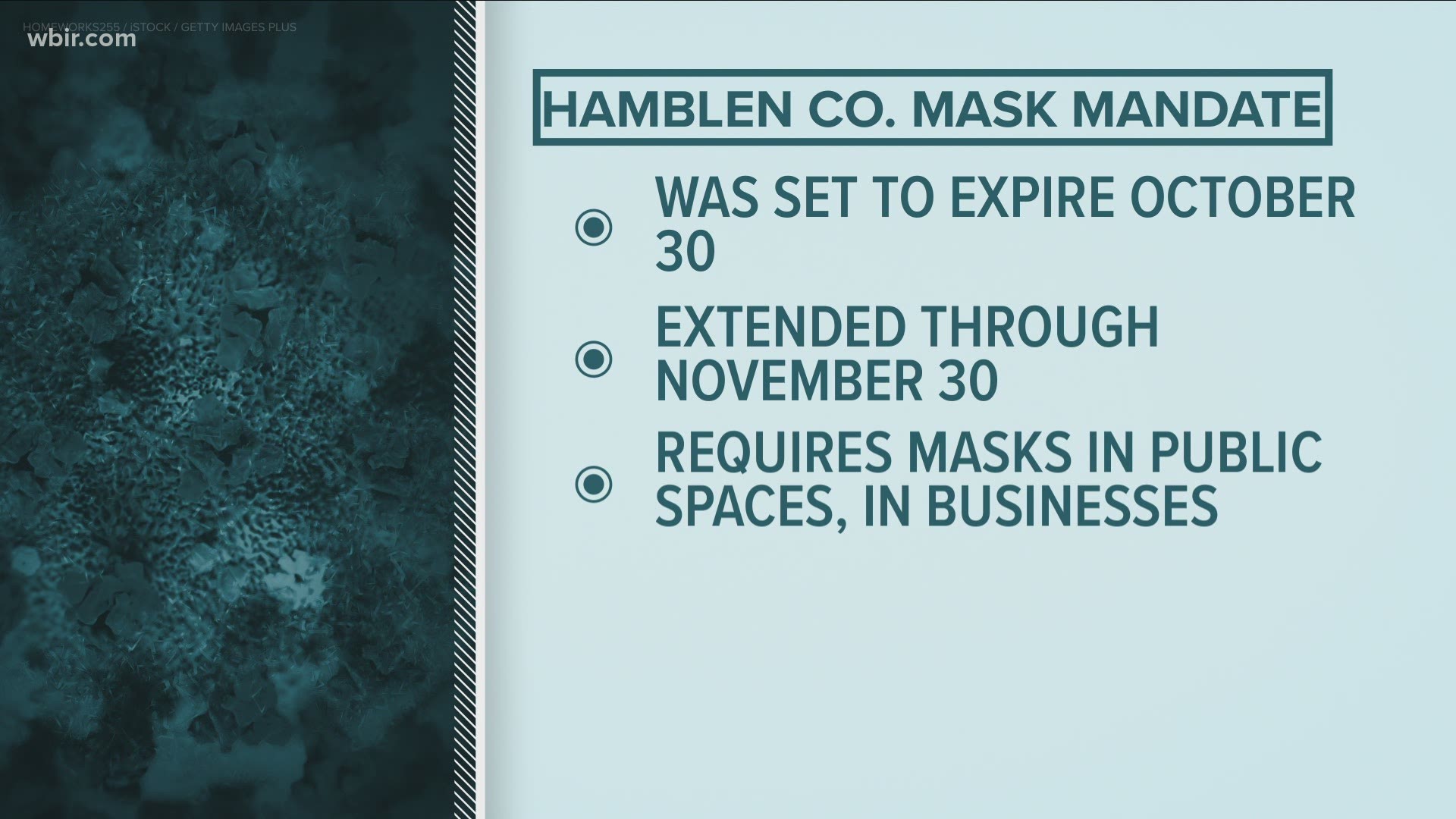 Long-term care facilities have been among the most hard hit places during the outbreak. A total of 3,945 residents have been infected with COVID-19, and 448 have died, according to the Tennessee Department of Health.

In Tennessee, 3,341 people have died of complications from the disease since March. Almost 1,400 people are now hospitalized with it.

State and local health authorities urge all residents to wear a mask when going out and about in public. Some counties including Knox, Sevier and Hamblen have mask mandates in place.

Residents are also urged to practice social distancing and wash their hands often to avoid exposure to the virus.