Recovering from the coronavirus is a feat, and being on the other side of the virus is giving patients a new perspective. 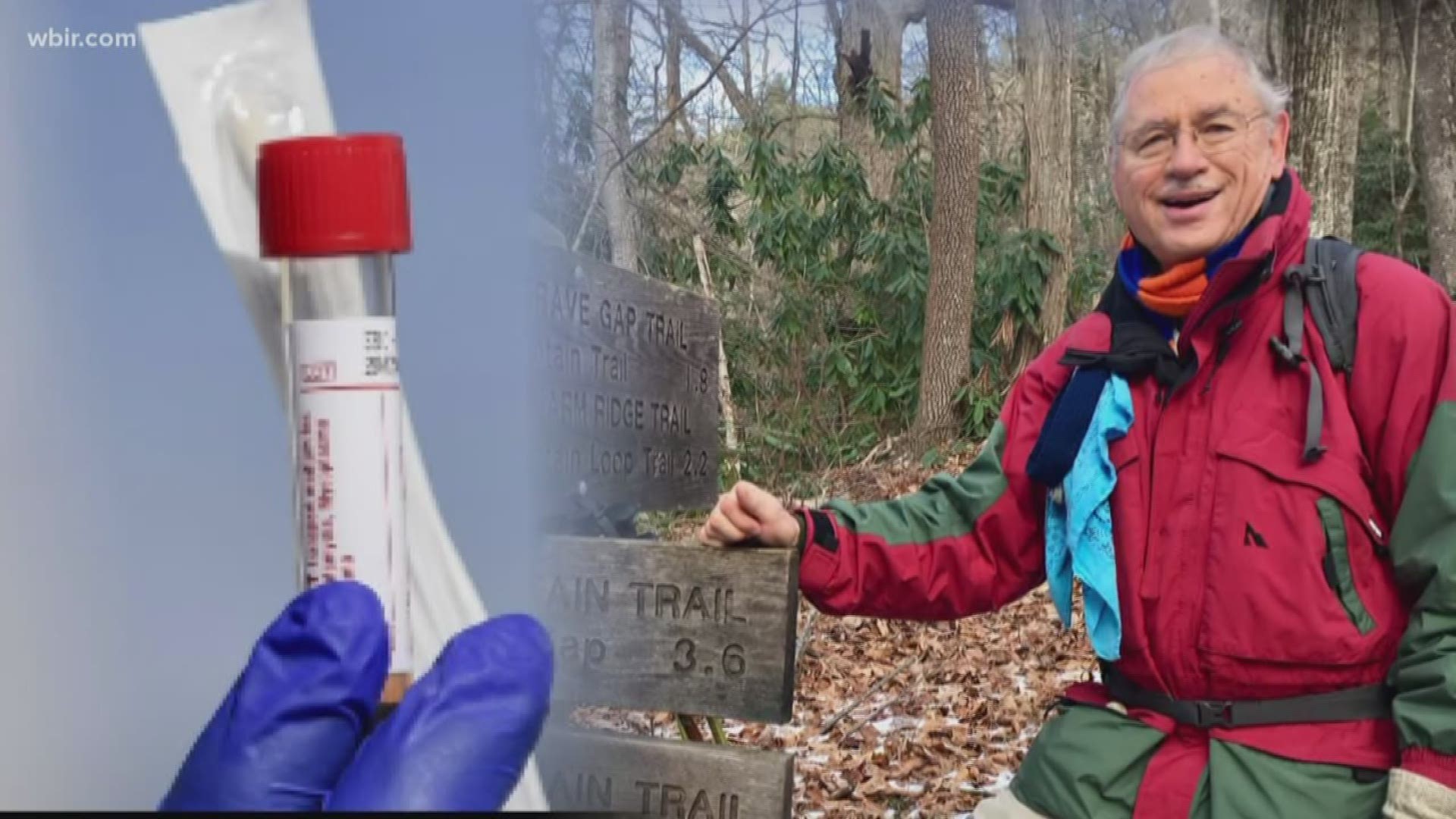 KNOX COUNTY, Tenn. — New numbers of coronavirus cases are coming through every day. However, people are now hearing more signs of hope and recovery in East Tennessee.

Some patients in Knox County who fought the virus are now recovered, and they want to put names and faces to the pandemic.

Jim Froula, a 74-year-old Farragut resident, is doing much better now. Just a few weeks ago, he was suffering from COVID-19. He had trouble breathing, had coughing fits regularly, suffered from a fever and started losing weight rapidly.

"It used to be terrible," Froula explained as he breathed in. "I mean, you could go in about two seconds and that was it. That's all you could hold."

He's a pretty active and healthy guy, too. He likes to hike and swim when he can. He said getting sick "isn't his style" and tried to wait as long as he could before going to the hospital, wanting to save resources for people who needed them.

He tested positive for the virus after going on a trip to Peru, Spain and the Galapagos Islands at the beginning of March. After returning home, he self-quarantined.

"I realize I brought it outside the country into Knox County and I'm sorry," Froula admitted. "It was overnight. Just bam. I didn't pick it up at home on Tuesday, I picked it up somewhere on the journey and I later found out of the 30 of us [on the trip] seven, at least, were confirmed."

He admitted he didn't take the virus seriously at first, but after suffering through it for around 12 days, he's encouraging others to do everything they can to stop the spread.

"You have to think about these poor people in various places, wherever, who have underlying conditions," Froula urged.

That includes people like 83-year-old mother of Mark Kirk, a Knox County pastor. She lives in an assisted living facility.

Kirk's mother beat the odds and recovered after testing positive for the coronavirus in March, despite having underlying conditions.

Kirk did not want to name the facility but said the staff did a great job of updating family members and taking care of his mom.

"I wish that would have been me rather than my mom at 83 because I think I could have handled it much better at my age, and would want her to be protected from that, but again, God was faithful," Kirk said.

She was fortunate and did not have severe symptoms during her diagnosis. She was treated at her assisted living facility. The family talks to her on the phone every day, but cannot see her in person because of restrictions to protect her, and other people in the facility.

Kirk said he believes the power of prayer helped get his mother through the tough time.

Both recoveries in Knox County are giving light to a dark time.