A Tennessee man needed a double lung transplant while battling COVID-19 and spent 175 days in the hospital. 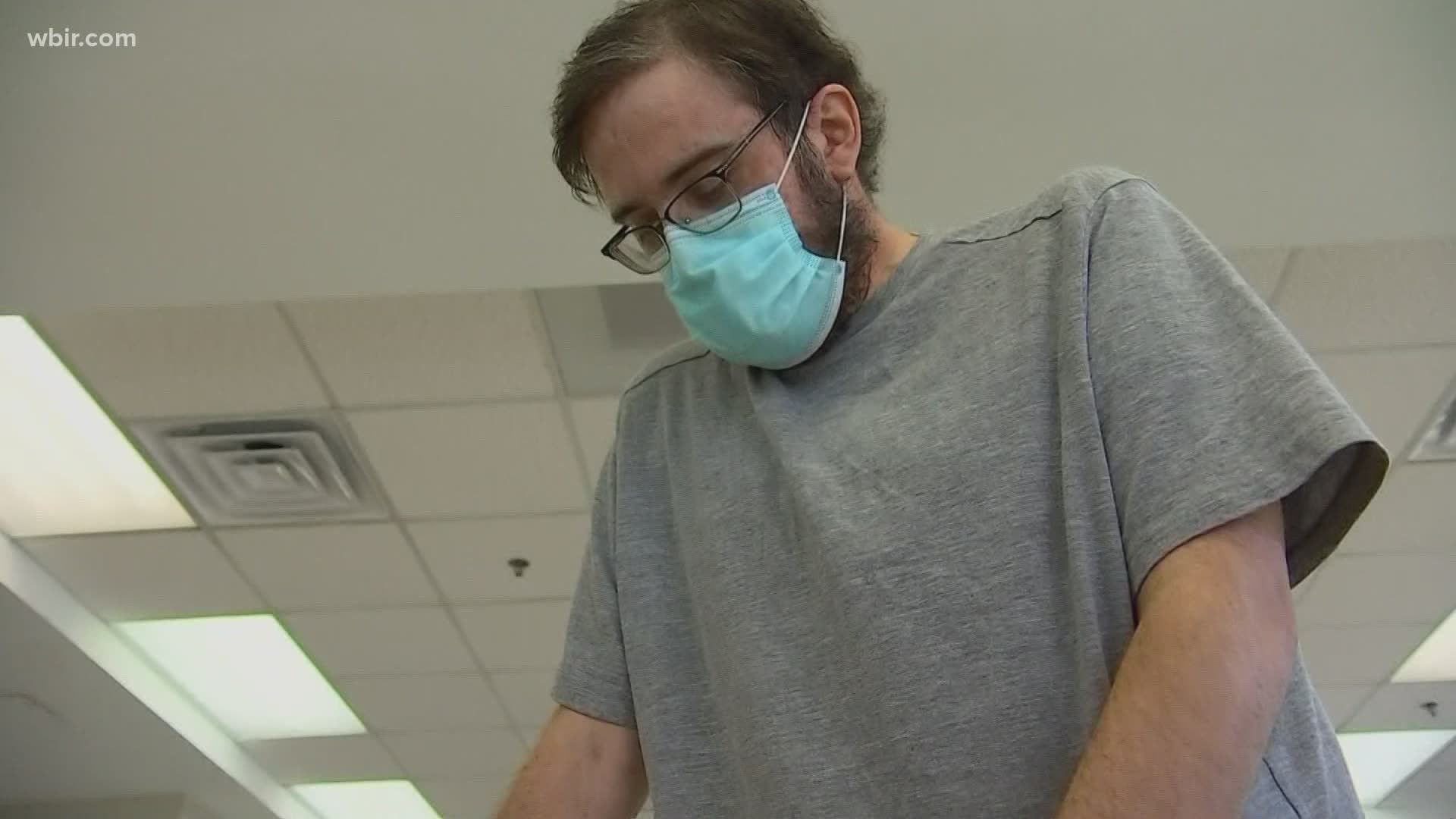 NASHVILLE, Tenn. — A Tennessee man needed a double lung transplant while battling COVID-19. Zach Lloyd was only 37 years old and didn’t have any pre-existing health conditions.

News4, a sister station with WBIR in Nashville, spoke with him as he was released from the hospital on Friday. What he thought was a sinus infection back in October turned out to be COVID-19.

"Find something you can cling to and fight for it,” Lloyd said.

For Lloyd, that was his wife and two young kids.

He had to be taken to Vanderbilt’s COVID ICU. That’s 4  hours away from his home in La Follette, in East Tennessee.

"It was scary for him to be that sick,” Sara Lloyd, Zach’s wife said.

Sara tried to stay calm. She called for updates every day. Throughout this time, support poured in from all over.

"We would get cards and letters from people we didn't even know saying that they were praying,” Lloyd said.

"I was confident in the fact that God would provide,” Lloyd said.

Zach ended up having a double lung transplant. He lost 75 pounds over the course of treatment and he was on two ECMO machines, according to doctors at Vanderbilt University Medical Center.

"This was as high risk as it gets,” Dr. Katie McPherson with Vanderbilt University Medical Center said.

Dr. McPherson said without the double transplant, Zach would have died.

"I think for him, he's a big win for everybody,” Dr. McPherson said.

Zach is now able to use his legs again and breathe on his own. He went through therapy at Vanderbilt Stallworth Rehabilitation Hospital.

"That's one of the things I love about here because you take patients who have been in the hospital and been really sick and you get them back to what life was like before they got ill,” Dr. Angela Horton-Henderson with Vanderbilt Stallworth Rehabilitation Hospital said.

In total, Zach spent 175 days in the hospital.

On Friday, a 'Code Billy' went out, meaning someone is going home. Nurses, therapists, and case managers all clapped for Zach. He’ll have to stick around Nashville for a few more months for lab work and clinics, but he has a goal in mind of being home in East Tennessee for his daughter’s birthday in July.

"I can handle missing certain things even though it hurt really bad, but I want to be home for that,” Zach said.