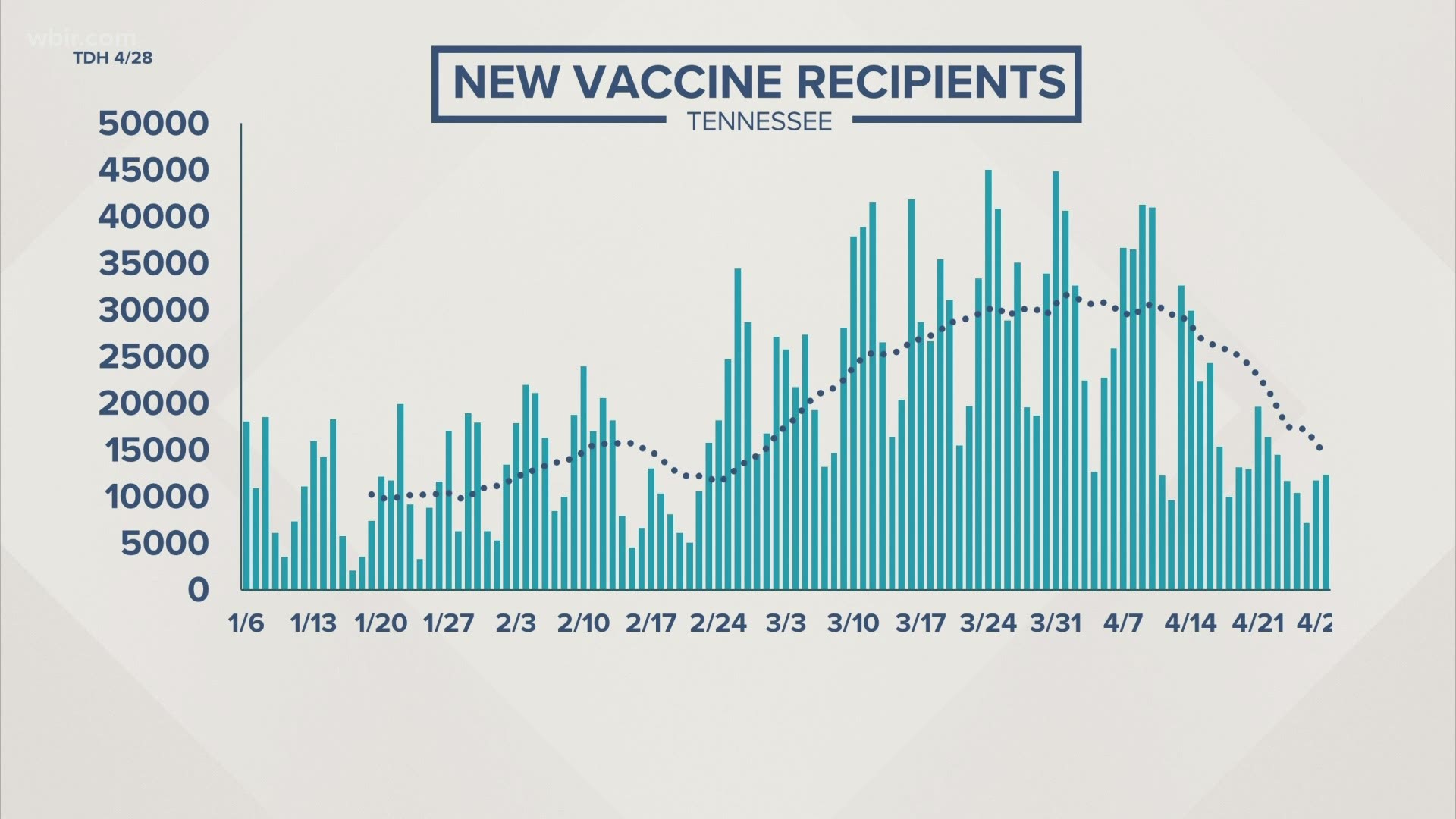 NASHVILLE, Tenn. — In Tennessee, roughly 1 in 3 people have received at least one dose of the COVID-19 vaccine. That means in order to reach herd immunity, many more people will have to get vaccinated.

She said providers in Tennessee requested just 20 percent of the state's vaccine allocation last week because demand has dropped off.

One particular area of concern for Dr. Piercey is vaccination rates among younger adults.

"We know that people who are older are more likely to want the vaccine ostensibly because they know they're at higher risk," she said. "The rhetoric is, 'I'm younger, I'm healthier, I'm at lower risk,' and all of those things are true. But it doesn't mean that they aren't still susceptible to the virus."

Among Tennesseans 70 years old and older, data from the Tennessee Department of Health shows 75.3 percent have received at least one dose of the COVID-19 vaccine.

Among those 50 to 59 years old, it drops to just 44.8 percent. Among those 20 to 29 years old, the vaccination rate is even lower: 23.9 percent. COVID-19 case and hospitalization rates are beginning to reflect that, Dr. Piercey said.

"In Tennessee, we are seeing a drastic decline in the average age of hospitalization," she said. "This is consistent with what we would expect to see with lower vaccination rates in younger people."

"We're having more younger adults in our hospital all the time, because this virus is infecting them and making them sick enough to be admitted to the hospital," said Dr. William Schaffner of Vanderbilt University Medical Center. "You can't control this infection unless many more of our adults are vaccinated."