TN state Rep. David Byrd put on ventilator more than a week after being hospitalized for COVID-19

"I need a miracle this morning. My oxygen level are down and I can’t get them up." 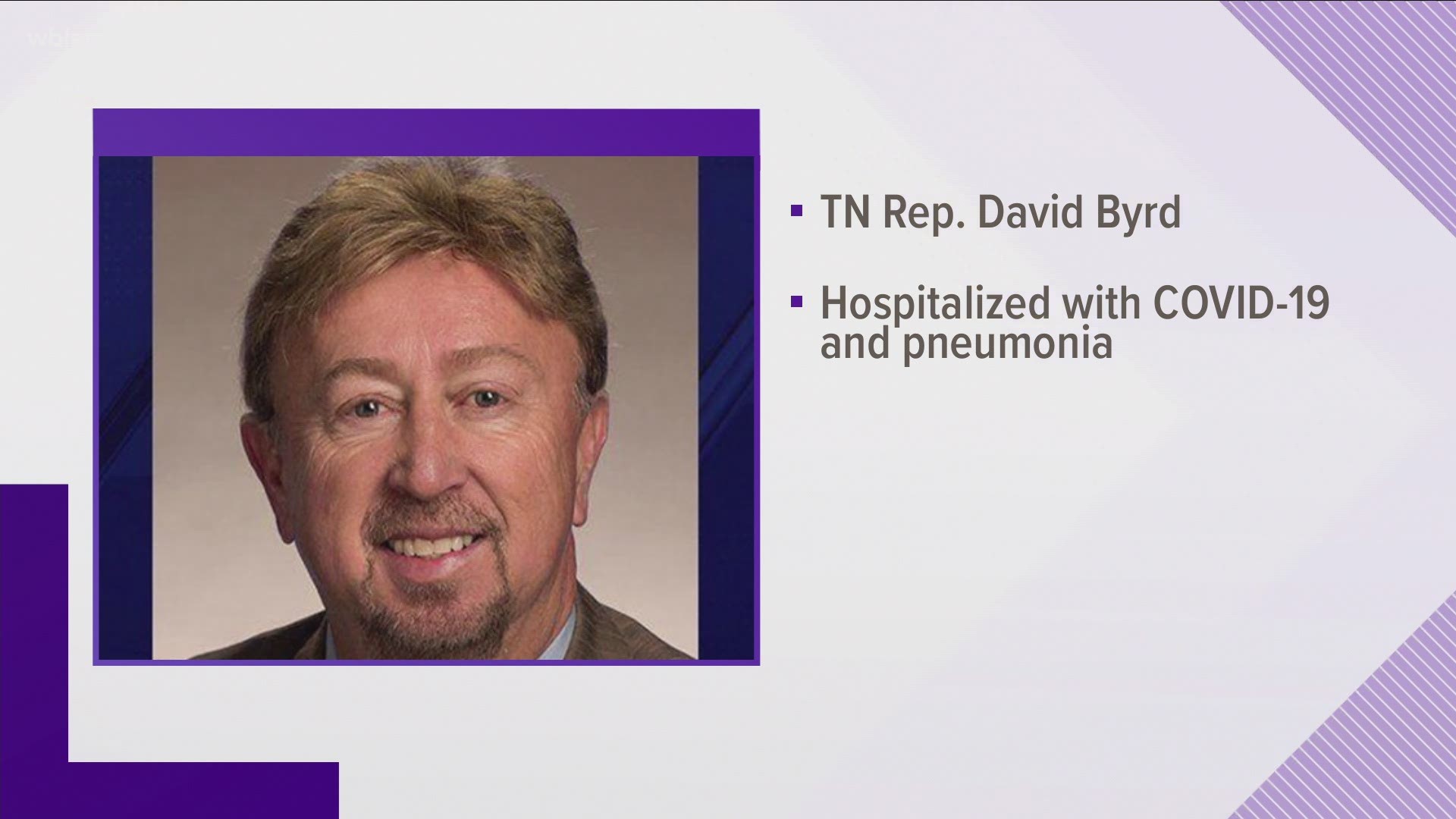 Family and friends of Tennessee State Representative David Byrd are asking for prayers after he was placed on a ventilator Monday in his fight against COVID-19.

The 63-year-old was taken to the hospital more than a week ago with COVID-19 pneumonia. On Monday morning before being placed on a ventilator, he continued to ask for a miracle, saying his oxygen levels had continued to dip and he was unable to get them back up.

"The doctor is wanting to vent. Please pray for God to bring my oxygen level up," he said.

Friends and family shared prayers Monday, saying he was placed on a ventilator to give his lungs a chance to heal and that they were unsure how long he'd need to remain on it.

Byrd was checked into Wayne County Hospital on the weekend of December 5, but was later flown to St. Thomas.

Byrd's wife had also reportedly shown symptoms at the time.

He is at least the second lawmaker to be hospitalized after contracting the virus, after Republican Rep. Mike Carter of Ooltewah needed medical attention earlier this year.